‘You cannot print trillions and trillions of dollars and expect there not to be some effect.’

Inflation is hitting American families hard right now. Brutally hard. At least one prominent Republican, Florida Governor Ron DeSantis, is stepping up with some answers. He just accurately diagnosed the origins of the ongoing price surges—and dropped an inflation truth bomb in a recent speech.

“People should just brace themselves,” the governor warned, “because the inflationary period that we’re in [is] likely to persist for some time.”

“I mean, you cannot print trillions and trillions of dollars, and expect there not to be some effect on the back end. This is basic [economics], even Keynesian [progressive] economics would say that if you spend and print, spend and print, that is going to drive up the cost of everything.”

You can watch the video here: 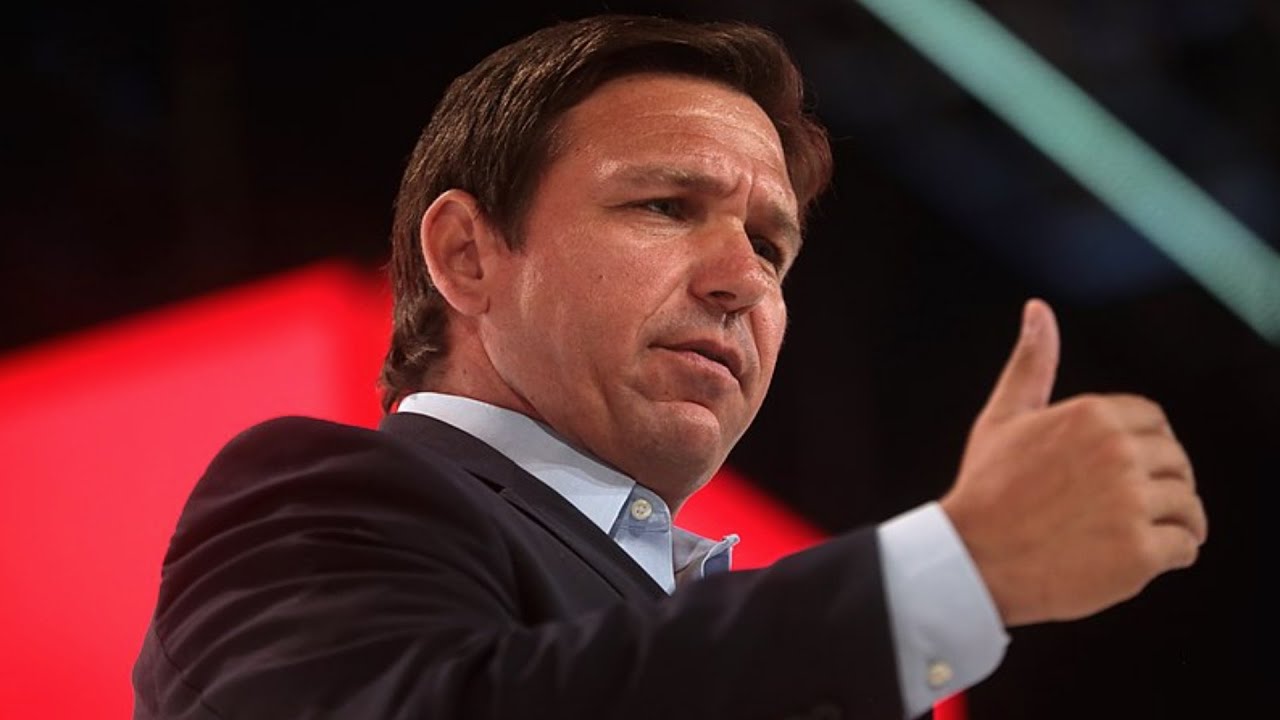 What’s more, he highlighted a crucial point that many Republican politicians have ignored: the role of the Federal Reserve. America’s central bank tried to “stimulate” the economy during the COVID-19 downturn by printing trillions of new dollars. Just look at the below graph, which shows the supply of US dollars, and how sharply it increased in 2020.

The Fed created trillions of new dollars out of thin air, and as a direct result, the dollars currently in existence inevitably became less valuable.

Inflation will cost the average US family an extra $5200 this year just to maintain their same life.

That's a tax on Americans, thanks to the Federal Reserve's money-printing & the federal government's fiscal recklessness.

Additionally, as DeSantis notes, massive federal deficit spending contributed to the problem. As I explained for FEE.org:

“[The federal government] ran up massive, multi-trillion-dollar budget deficits—at the very time various levels of government were restricting economic life and constraining supply. Through trillions in debt, Congress signed us up for grave economic costs in the future in order to artificially inflate consumer demand in the short term, which doesn’t work as ‘stimulus’ to begin with.

Yet when you do this at the very same time you are constraining the economy and hindering the supply chain, it’s inevitable that price levels overall will surge as demand so far outpaces supply.”

Inflation will cost the average American household $5,200 this year—$433 a month—just to maintain the same standard of living. Our elected officials need to have answers to this pressing problem, and before they can solve it, they need to accurately understand and acknowledge its root causes.

Yet too many Democratic politicians are scapegoating “corporate greed” as the culprit behind inflation, an absurd notion rejected by a vast majority of economists. And many Republicans are blaming Biden’s spending but ignoring money-printing, the other half of the equation.

Kudos to Ron DeSantis for his clear-eyed assessment of what’s really driving our inflation woes.

In the last few weeks, the Supreme Court has...
Read more