Kudos to one Democrat for still upholding the First Amendment.

In the current political environment where most of the Left’s energy is all about censorship, restricting news, and silencing speech, you become accustomed to not expecting much out of your average Democrat.

Then one surprises you.

In a since-deleted Tweet, one user asked Congressman Ted Lieu if he or the government could do something to restrict Elon Musk and what he might do with Twitter. Here’s a screenshot including the deleted tweet: 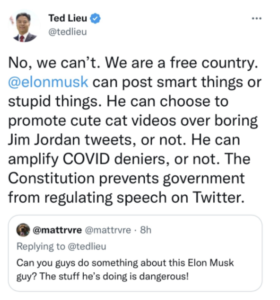 “Can you guys do something about this Elon Musk guy?” this person asked. “The stuff he’s doing is dangerous!”

I would expect a Democratic member of Congress to say they would hold congressional hearings, bring back the Biden administration’s idea of the Ministry of Truth… I mean the Disinformation Governance Board, or some other ominous and illegal-sounding idea.

Nope. Instead, Ted Lieu informed the questioner that the government doesn’t have the power to do what he asked.

No, we can’t. We are a free country. @elonmusk can post smart things or stupid things. He can choose to promote cute cat videos over boring Jim Jordan tweets, or not. He can amplify COVID deniers, or not. The Constitution prevents government from regulating speech on Twitter. https://t.co/phIot7IMl2

I wasn’t alone. The First Amendment was thrilled too!

It’s not often a member of Congress makes an accurate statement about me. I wonder where @tedlieu learned it… 😂 pic.twitter.com/zNNp5rnAxa

“The First Amendment” account’s pics showed that Old Ted was still schooling folks about the Constitution after they seemed eager for him to break the law.

It should be the bare minimum for members of Congress to uphold the First Amendment, since they swear to uphold the Constitution upon taking office. But unfortunately, these days, it isn’t. 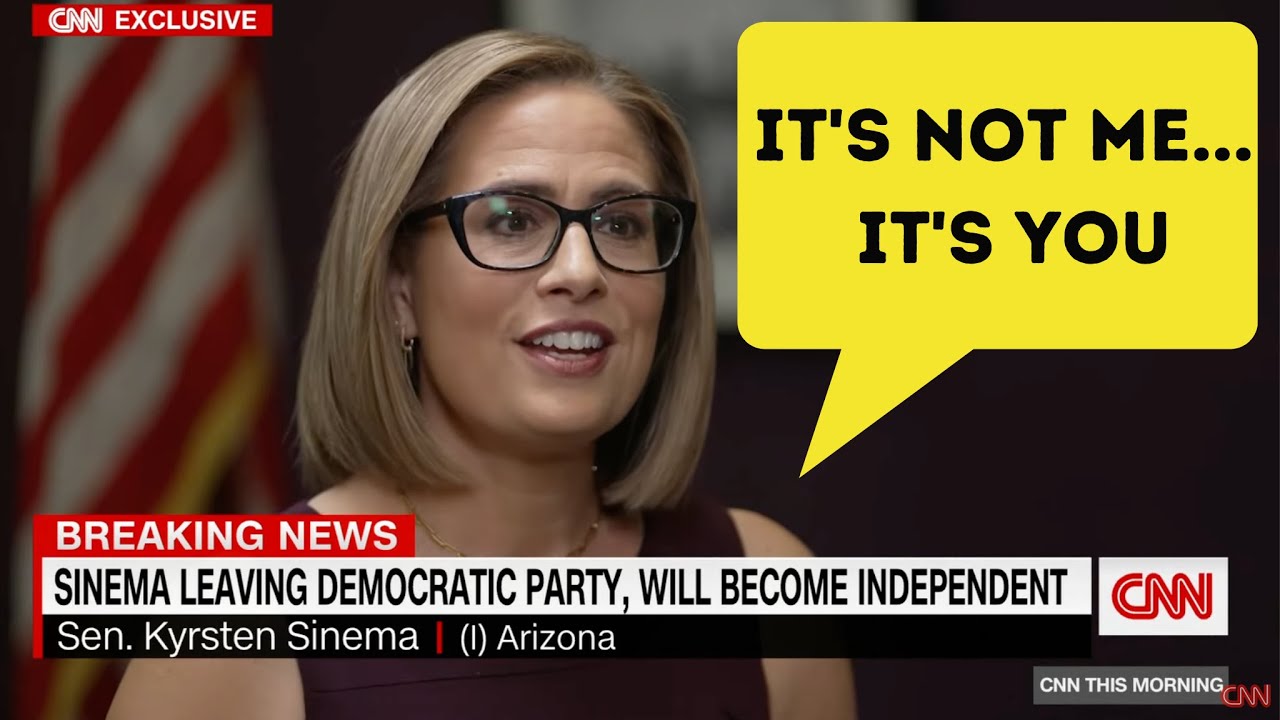