Why is Zara cheaper in Europe?

There’s a reason for this.

I recently traveled to Paris and found myself needing to buy some warmer clothes than what I had packed. Fortunately, I located a Zara and a Mango store right around the corner from my Airbnb—two retailers I’ve also shopped at in the US—and was immediately struck by how cheap the items I selected were. A trench coat for $75, high quality, thick sweaters for $35, jeans for $40…they were practically giving the clothes away.

At the time I thought, “I really need to shop at these stores more often back home! So affordable for such quality pieces!”

But when I opened a shopping cart on Mango back in the US, things were not looking so rosy. The same kind of sweaters were now $60, even $90—not a terrible price, but certainly not the steal I had come to expect. I started feeling like I was crazy. Had I stumbled onto a big sale in Paris and just not realized it? So I started digging, and turns out, it wasn’t all in my head.

According to this study by AlphaWise, Zara’s prices in places like the US are almost double what they charge in Spain and significantly more than those seen in France. 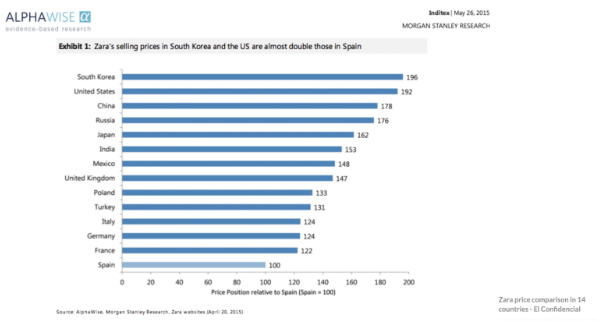 According to The Fashion Network, there’s a reason for this, they report, “It thus appears that beyond following a pricing strategy tailored to the characteristics of each market, Inditex is attentive to what consumers are willing to pay based on their income.”

That makes sense. If a company knows consumers in one country are willing to pay more for their product, they will obviously raise their prices. One could expect to see an organization charge significantly more for its products in Western countries like the US compared to third-world countries like Somalia.

What’s interesting here though is that the price discrepancy, a significant one at that, is found between Western countries in Europe and the US. Why would consumers there not be willing to or able to pay the same prices as those in the United States?

I have a pretty good theory for that. It’s because Americans have a lot more disposable income than people in Europe, and that’s because we pay a whole lot less in taxes.

According to the Tax Policy Center, “Total US tax revenue equaled 24 percent of gross domestic product, well below the 34 percent weighted average for other OECD countries.” 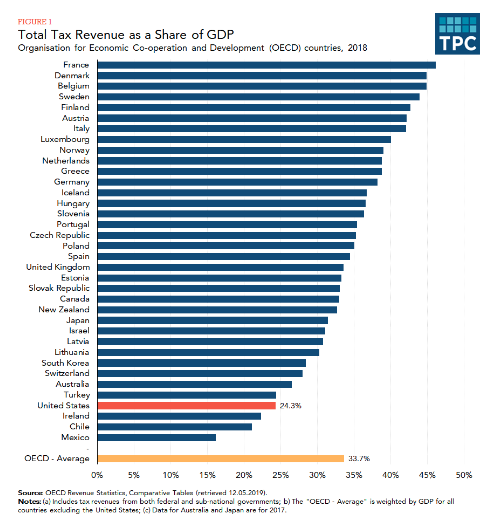 The Heritage Foundation also found that, “Europeans Work 2 Months Longer Than Americans Do to Pay Their Tax Bill” and The Pew Research Center reports Americans’ tax bills are “below average” of other developed countries.

Progressives love to point to the large welfare states in Europe and claim they are successful examples of “democratic socialism.” As I explained in my first episode of BASED, this is a mirage. There’s no such thing as “democratic socialism,” the countries they point to all have capitalist economies with very high taxes and generous welfare programs.

While they love to claim these citizens have “free” healthcare or college tuition, the truth is these people just pay for those programs via much higher taxes. Maybe it’s just because I’m decent at math, but I’d much rather pay for four years of college out of pocket versus pay 20% more in taxes every year for the rest of my life.

Furthermore, many of these healthcare systems are going bankrupt, have crazy wait times, and have completely stagnated in innovation and development. And in places like Sweden, the average student debt is still $20,000 (only $10,000 less than average US debt) because students still must pay for room, board, and books.

Once you really get an understanding of what the Left’s agenda items look like in practice, you’ll probably realize we don’t actually want to be more like Europe—even if they get cheaper sweaters from Zara. 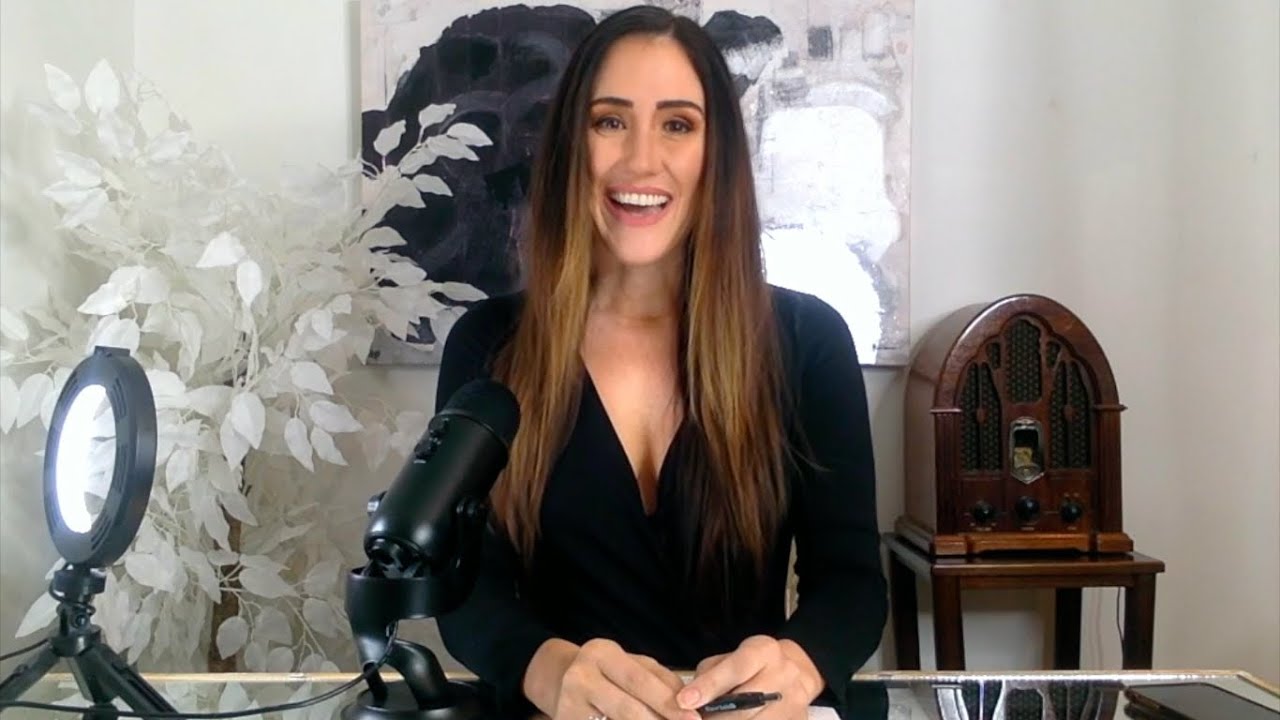