They just don't get how this whole 'Constitution' thing works...

Few topics are more toxic and radioactive in our current political climate than the debate over climate change. So, it was inevitable that when the Supreme Court ruled 6-3 Thursday against the Environmental Protection Agency (EPA) in a case about climate regulation, all hell would break loose online.

Here’s what happened—and why the response from many prominent Democrats is so off-base.

A decades-old law called the Clean Air Act gives the EPA some degree of authority to regulate air quality. This authorization was traditionally interpreted to authorize it to regulate the manner in which power plants operate so that they produce power more cleanly.

In 2015, however, Obama-era environmental regulators decided to up the ante and announced the Clean Power Plan. This sweeping new regulatory regime would’ve imposed requirements essentially prohibiting new coal plants from being built at all—forcing a systemic change in the entire US power grid, rather than just modifying how plants operate.

This rule was challenged in the courts and never went into effect. Then, the Trump administration tried to repeal it in 2019. Their efforts to repeal it were also caught up in legal battles, which all centered around whether the EPA had the authority to enact such sweeping climate change regulations in the first place.

In this case, West Virginia v. EPA, the Supreme Court sought to answer this question on the limits of federal agencies’ powers.

What the Ruling Actually Says

Despite the online hysteria, the Supreme Court’s ruling doesn’t say the government can’t do anything to stop climate change. It simply brushes back the attempt by unelected, unaccountable bureaucrats to make new rules without authorization from Congress. After all, the executive branch is supposed to enforce the law, not make it, with core policy decisions left to Congress because it is ultimately accountable to the people.

The conservative Supreme Court justices just ruled that if the EPA wants to enact sweeping, systemic change, it needs to get authorization from Congress first, not twist decades-old laws to find new powers.

“EPA claimed to discover an unheralded power representing a transformative expansion of its regulatory authority in the vague language of a long-extant, but rarely used, statute designed as a gap filler,” Chief Justice John Roberts writes for the majority. “That discovery allowed it to adopt a regulatory program that Congress had conspicuously declined to enact itself.”

The ruling says that this kind of rogue bureaucracy runs afoul of the Constitution’s separation of powers.

It doesn’t, however, close the door on climate change regulations—it simply says that Congress has to do its job and pass them if that’s what the public truly wants.

“Capping carbon dioxide emissions at a level that will force a nationwide transition away from the use of coal to generate electricity may be a sensible ‘solution to the crisis of the day,’” Roberts writes. “But it is not plausible that Congress gave EPA the authority to adopt on its own such a regulatory scheme. A decision of such magnitude and consequence rests with Congress itself, or an agency acting pursuant to a clear delegation from that representative body.”

What the Dissent Argues

In her dissent, liberal Justice Elena Kagan argued that the stakes of fighting climate change were incredibly high and that the court’s ruling gets in the way of necessary action.

“[This ruling] prevents congressionally authorized agency action to curb power plants’ carbon dioxide emissions,” Kagan writes. “The Court appoints itself — instead of Congress or the expert agency — the decision-maker on climate policy. I cannot think of many things more frightening.”

Many prominent Democratic politicians spoke out against the Supreme Court’s ruling. And, frankly, some of their arguments were hysterical and downright unhinged.

Here are the 3 most absurd arguments Democrats made in the aftermath of this ruling.

Far-left Congresswoman Rashida Tlaib, a “Squad” member alongside AOC, blasted the Supreme Court as “fascist” for its ruling.

The federal government will be restricted from regulating anything of significance in the absence of a clear Congressional directive to do so. https://t.co/zwxyKii9P6

I don’t think Tlaib knows what that word means. The Supreme Court’s ruling returns power over essential parts of our economy to the people’s elected representatives and takes it away from unelected bureaucrats who can impose their will regardless of what the public wants.

I’m… pretty sure that’s the opposite of fascism?

It’s also hilarious how Tlaib says “the federal government will be restricted from regulating anything of significance in the absence of a clear Congressional directive to do so,” like it’s a bad thing.

The congresswoman seems to think that it’s a bad thing if the government can only do things it has received proper constitutional authorization for. But, on the contrary, that’s essential to the system of checks and balances that keeps us free.

Senator Elizabeth Warren, a staunch progressive, came out swinging after this decision.

Our planet is on fire, and this extremist Supreme Court has destroyed the federal government’s ability to fight back.

This radical Supreme Court is increasingly facing a legitimacy crisis, and we can't let them have the last word.

Warren seems to think that the sheer stakes of climate change, or at least how important she believes it to be, somehow justify an agency going rogue beyond its constitutional purview. But that’s not a legal or constitutional argument, it’s a policy argument.

If climate change is really such a dire crisis, then maybe Warren and her colleagues should actually pass legislation authorizing action? The fact that they haven’t suggests that her hyperbolic alarmism may not be rooted in reality.

Everyone freaking out about today's SCOTUS ruling in the EPA case needs to chill the heck out.

No, the court did not say it's illegal to regulate fossil fuels. It said those regulations have to come *from Congress* and not just be made up by an executive branch agency. C'mon.

And, ultimately, if Congress fails to do its job or the people don’t actually want this kind of sweeping regulation, then whatever happens is because of those factors—not the fault of the Supreme Court for simply enforcing the Constitution.

3. “Average Citizens Have No Say!”

Senate Majority Leader Chuck Schumer, a leader in the Democratic Party, had perhaps the most bizarre response to the Supreme Court’s ruling.

“The Republican-appointed majority of the MAGA Court is pushing the country back to a time when robber barons and corporate elites have complete power and average citizens have no say,” Schumer claimed in a statement.

The irony here is just too much.

In reality, average citizens have no say or power over the bureaucracy at the EPA. (One could potentially call these highly-educated DC urbanites “elites,” even). But voters do have a say over who they elect to Congress.

So, a decision empowering Congress and disempowering rogue bureaucrats actually empowers the people, not the elites. Once again, Chuck Schumer has stumbled on the exact opposite of the truth.

The real reason the backlash to this decision has been so vitriolic and over-the-top, even from mainstream Democratic politicians, is that it imperils the far-Left’s agenda.

Sweeping, economically destructive climate change schemes like the “Clean Power Plan” or the “Green New Deal” aren’t actually popular once people are educated on what they really mean beyond the benevolent-sounding nomenclature.

So, paring back the power of unaccountable federal bureaucracies sets back the green Left’s agenda. But much more importantly, it’s a win for the Constitution and the people. 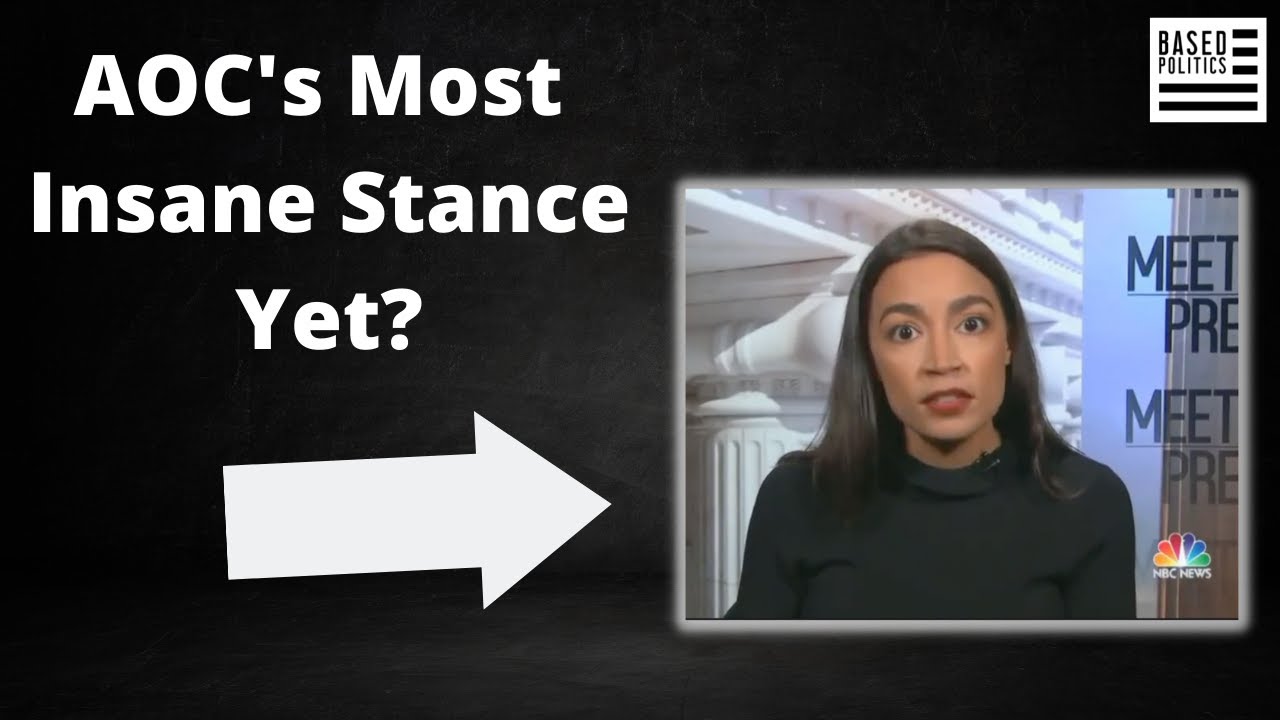