We help no one and accomplish nothing by putting so much focus on false solutions and empty promises.

The mass shooting at an elementary school in Uvalde, Texas, this week has left America in mourning. The horror of the tragedy is still sinking in, and with 21 left dead, including 19 young children, the sheer evil on display is almost too much to comprehend.

The public is looking on in shock, and the facts are still coming in. But that hasn’t stopped many political opportunists from immediately seizing upon the tragedy to promote gun control policies that they claim could stop these kinds of shootings — and viciously attacking those who aren’t on board.

As a nation we must ask: When in God’s name will we stand up to the gun lobby?

When in God’s name will we do what needs to be done?

I’m sick and tired of it. We have to act.

The Republican Party has failed our children and our country by blocking common sense gun control measures. Blood on your hands!

The blood of every child that dies of gun violence in this country is on the hands of the Republican Party.

It’s a familiar debate — and one that’s only getting less constructive and more destructive. It’s not going anywhere. And exclusively obsessing over gun control after these tragedies is actually worse than useless — it’s deeply counterproductive and harmful.

Here are three reasons why.

1. We’ve always had guns, but we haven’t always had this many school shootings

Guns aren’t new in American life. But, while school shootings remain incredibly rare as a matter of statistics, they have still become more frequent and more deadly in recent decades.

As Charles C.W. Cooke noted for National Review in 2013, “Until 1989, there were only a few school shootings in which more than two victims were killed. This was despite widespread ownership of — and familiarity with — weapons and an absence of ‘gun-free zones.’” He explains that many schools even had gun clubs.

Setting gun culture and the debate over gun control aside for a moment, clearly, something about our society in recent decades has led to the creation of more disturbed, deranged, violent individuals than before. Because ultimately, the gun is simply the tool they use.

The root cause of these atrocities is that someone in this country became so disturbed that they decided they wanted to kill as many people as they could. Even if there wasn’t a gun anywhere in the United States, such an individual could still wreak carnage in countless other ways. (We see this happen in other countries where killers run dozens of people over with a vehicle, make homemade explosives, or go on a stabbing spree.) Maybe gun control proposals would make this harder or decrease the number of casualties — we can debate that point — but the mere presence of gun control wouldn’t take away these unhinged individuals’ desire to kill.

What is the root of that evil? What is causing it? And how do we eradicate it? Is this a mental health issue? Could communities be doing more to identify disturbed individuals before they reach this point?

I don’t have all the answers to these questions. But they’re ones we should be focusing our collective energy on, rather than simply hyper-focusing on guns as if gun control is a panacea for our nation’s wounds.

The debate over the Second Amendment and gun rights is vicious, divisive, and, frankly, not going anywhere fast. Even if one does believe that widespread gun restrictions could halt these atrocities, which I seriously doubt, there’s just no way that any drastic change will happen anytime soon. Our elected officials are divided, and you would really need a constitutional amendment to enact Australian-style gun confiscation or otherwise start banning weapons.

But other solutions could be implemented immediately and with much less resistance.

For one, the intense media coverage of shooters, their personal lives, and their manifestos has arguably made mass shootings more common. As I’ve previously written:

Western New Mexico University Psychologist Jennifer B. Johnston has found in her research that mass shooters tend to be in the midst of rampant depression, social isolation, and pathological narcissism; they are in part driven to such heinous crime by their desire for national attention.

‘We find that a cross-cutting trait among many profiles of mass shooters is desire for fame in correspondence to the emergence of widespread 24-hour news coverage on cable news programs, and the rise of the internet,’ Johnston has said. ‘If the mass media and social media enthusiasts make a pact to no longer share, reproduce or retweet the names, faces, detailed histories or long-winded statements of killers, we could see a dramatic reduction in mass shootings in one to two years.’

Indeed, Johnston’s research has concluded that a collective move to de-emphasize coverage of shooters could reduce mass shootings by at least one-third.

That’s right: If we changed our media practices to focus on victims, not the criminals, we could meaningfully reduce the number of tragedies like what we just witnessed in Texas. All it would take is for the public to put pressure on major media organizations until they come together and enact new standards on how to cover these criminals.

We know this is realistic because the media did something similar a few years ago for celebrity suicides. For a long time, sensationalist coverage of these deaths sometimes led to copycat suicides. However, in recent years, the industry has come together, and most outlets have changed the way they report on suicide to reduce this harmful impact, with many now following strict ethical guidelines on how to cover suicide deaths appropriately. The change hasn’t been totally universal or perfect, but it is making a serious difference.

Something similar could be accomplished when it comes to mass shootings — if we actually pushed for it. But because everyone reacts to mass killings by almost exclusively screaming about guns instead, this opportunity for real solutions goes largely overlooked, and little progress on it is made.

3. Most high-profile shootings wouldn’t have been stopped by common gun control proposals

It’s an enormous understatement to say that the debate over gun control is complex. There are statistics and studies on either side of the core question of whether gun restrictions could generally reduce gun deaths or gun homicides in the U.S. However, when it comes to the high-profile tragedies that spur the calls for these proposals, it’s usually the case that the proposed restrictions wouldn’t have stopped the tragedy at all.

For example, many gun control proponents have responded to the Uvalde tragedy by renewing their calls for legislation enacting “universal background checks.”

50 GOP Senators could vote for H.R. 8, universal background checks, TODAY. Every Senator who backs McCONNELL in blocking a vote has the blood of children on their hands.

Within hours of the Uvalde shooting, the Senate majority leader, Chuck Schumer, moved to clear the way to force votes on legislation that would strengthen background checks for gun buyers, moving to revive measures that Republicans have blocked in the past.https://t.co/AVXbDEUW95

But there’s zero—and I mean zero—reason to believe that having universal background checks in place would have stopped the Uvalde shooter.

“As far as we know, as of this writing, the Uvalde shooter had no criminal record,” National Review’s Jim Geraghty explains. “No one in law enforcement, his family, or his school ever filed a petition seeking to remove firearms from his possession because he posed a potential threat to himself or others. As far as we know, no one ever filed a restraining order against him. The shooter purchased his firearms legally.”

“In the coming days and weeks, you will hear a lot more calls for ‘tougher background checks,’” he continues. “But because there was no paper trail indicating that the Uvalde shooter was a threat, it is hard to see what kind of ‘background check’ would have prevented this legal adult from purchasing a firearm.”

The murderer reportedly purchased two rifles and passed a background check. Universal Background Checks would not have stopped this. It’s not a new system, it’s just an expansion of the existing troubled system.

Based on what we know right now, “universal” background checks wouldn’t have made any difference in Uvalde. Nor would most other commonly-touted gun control proposals have stopped many of history’s high-profile mass shootings.

In 2015, the Washington Post fact-checker famously acknowledged this reality. Glenn Kessler examined the 12 mass shootings that occurred between 2012 and 2015, and admitted that none of the proposed laws would’ve prevented them from occurring. (Indeed, several specifically occurred in states like California that already had enacted the gun control proposals at the state level).

So, while the debate over gun control is understandable in relation to the problem of gun violence overall, it’s actually quite detached from the reality of most mass shootings. We help no one and accomplish nothing by putting so much focus on false solutions and empty promises.

WATCH: Monkeypox Outbreak 2022… Should We Be Panicking? 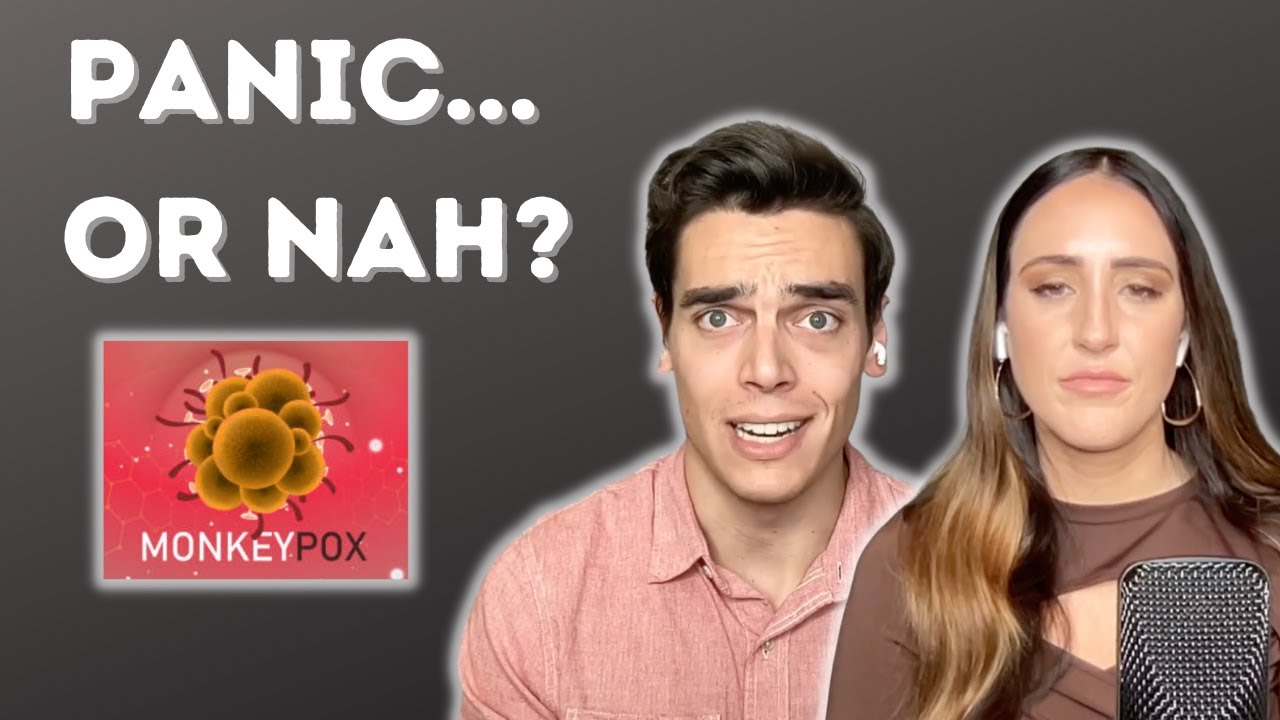