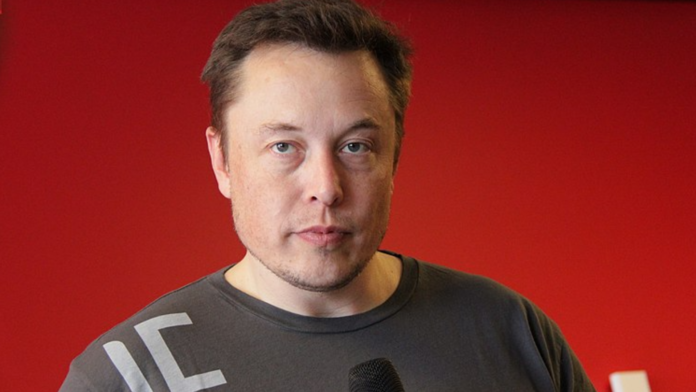 In 2015, the American president declared, “Free expression and a free press are core values, they are universal values, principles that can be attacked but never eradicated.”

Barack Obama continued, “We’ve spoken repeatedly about the importance of upholding the freedom of expression that is enshrined in our Constitution.”

Obama’s comments came in the wake of the Charlie Hebdo attack in Paris, France, where seven years ago two Muslim extremists shot up the office of a satirical newspaper that had published a cartoon that was offensive to the Islamic community.

In light of that event, some observers wondered if we should begin to limit certain speech in the West.

Obama wasn’t having it.

What he said next is even better advice for Americans today in 2022.

“Or even worse, imagine if producers and distributors and others start engaging in self-censorship because they don’t want to offend the sensibilities of somebody whose sensibilities probably need to be offended,” Obama said. “That’s not who we are.”

“That’s not what America is about,” the president insisted.

Today, censorship is exactly what the center-left believes America should be about.

It took only three days after billionaire Elon Musk announced that he had bought Twitter to restore free speech to the increasingly censorious social media platform for the Biden administration to announce the creation of the “Disinformation Governance Board,” a new part of the Department of Homeland Security.

Even in 2002 — when many were willing to swallow almost anything in the name of national security — creation of the Dept of Homeland Security was controversial: even the word "Homeland" was seen as creepy.

Imagine: "20 years from now, we will create a 'Disinformation Board.'"

Even the HINT of a board whose purpose is to investigate the legitimacy of American speech should be treated with extreme caution. Never before in the history of our country has the government attempted to institutionalize something like this. Unbelievable. Truly. https://t.co/NPBh0ATQ7b

We got a teaser that new government regulation of speech might be coming during an address from former President Obama on April 21.

Making a drastic departure from his defense of free expression in 2015, Obama told an audience at Stanford University last week that when it comes to social media companies and “disinformation,” “regulation has to be part of the answer.” Obama would say that current “content moderation” by the companies themselves “doesn’t go far enough” in tamping down on “clearly dangerous content.”

Presumably, this is where the Biden administration’s new Orwellian-sounding speech-monitoring agency is going to step in.

Oh, and the lady Joe Biden appointed to head this thing is no stranger to spreading her own disinformation. Good thing for her she now gets to decide what is disinformation and what is not.

I know everything is polarized these days, but I still have a hard time understanding how we can’t all agree that the government creating a Disinformation Governance Board led by a person famous for spreading disinformation is a batshit, awful move.

Seemingly overnight, the old consensus about free speech as an American ideal was now being painted as a partisan cause that Musk and others were somehow misguidedly obsessed with.

Free speech as a “right wing value.” This gets scarier by the day. https://t.co/2WIxb9g3UZ

He isn’t wrong. You don’t have to search far at the moment to see the establishment media taking its cue from the Democratic Party, telling us that free expression in America is now more of an oddity than an inalienable right.

Take this Friday story from Time reporter Charlotte Alter with the ominous headline, “Elon Musk and the Tech Bro Obsession With ‘Free Speech.”

Note that “free speech” is not only framed with quotation marks but concern for it is categorized as an “obsession.”

“Why does Musk care so much about this?” asks Time.

Not to be redundant, but the subject Musk is being questioned for caring about too much is FREE SPEECH. Something Obama once beautifully articulated must be defended.

This is a real sentence in this story by a mainstream news publication: “Freedom of speech’ has become a paramount concern of the techno-moral universe.”

After spending a decade or so insisting that American liberals no longer believe in free speech — in fact, they believe it's a dangerous and crypto-fascist value — it's bizarre but weirdly gratifying to watch them have to explicitly admit it:https://t.co/P0szv6nUdI

Next, some experts assure the reader that this whole free spee… wait, “free speech” concern is just plain weird. Or sexist. Or racist.

Fred Turner is a professor of communication at Stanford University. He says “free speech seems to be much more of an obsession among men.”

“Business itself may be part of the motivation,” she says. “Many of the most valuable digital platforms have business models that rely on mining user content for data and selling it to advertisers. From the platform’s perspective, more speech equals more cash.”

Then we learn free speech isn’t what it used to be. Maybe these will be new mandates from the Disinformation Governance Board.

Time says (emphasis mine), “But ‘free speech’ in the 21st century means something very different than it did in the 18th, when the Founders enshrined it in the Constitution. The right to say what you want without being imprisoned is not the same as the right to broadcast disinformation to millions of people on a corporate platform.”

Time noted that (emphasis mine), “Jason Goldman, who was on the founding team at Twitter and served on the company’s board from 2007 to 2010 before joining the Obama Administration, says the tech rhetoric around free speech has become an obsession of the mostly white, male members of the tech elite, who made their billions in the decades before a rapidly diversifying workforce changed the culture at many of the biggest companies in Silicon Valley.”

You see where this is going.

They “would rather go back to the way things were,” Goldman told Time of Elon Musk and the free speech absolutists.

He’s right. Barack Obama’s views on this issue in 2015 would be a good place to start.