It’s hilarious, if disturbing, to watch the blue check laptop class meltdown over the simple fact that, on planes, they won’t be able to control others around them. 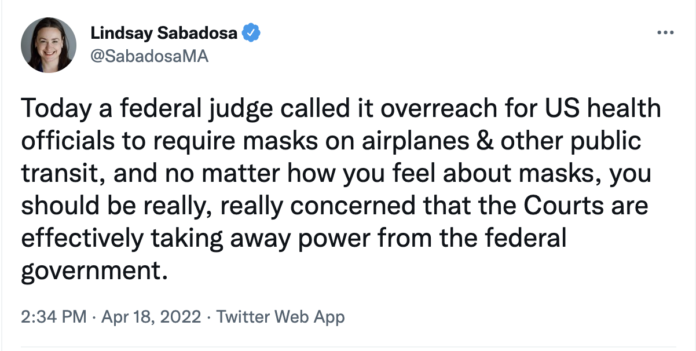 On Monday, a federal judge put an end to the federal government’s travel mask mandate, which mandated mask-wearing on airplanes, buses, trains, and other forms of public transportation. Judge Kathryn Kimball Mizelle ruled that the Centers for Disease Control’s order stretched its authority beyond the law, and was also “arbitrary” and “capricious” in violation of administrative law.

Cheerleaders for the COVID nanny state proceeded to have an absolute meltdown online after news of the ruling broke. Here are the 5 most unhinged responses from critics of the judge’s ruling.

Today a federal judge called it overreach for US health officials to require masks on airplanes & other public transit, and no matter how you feel about masks, you should be really, really concerned that the Courts are effectively taking away power from the federal government.

This tweet from progressive Democrat and Massachusetts state legislator Lindsay Sabadosa was widely mocked for its glaring error.

“Taking away power from the federal government” is literally the exact job of the federal judiciary. The judicial system exists for the very purpose of serving as a check on the other branches to ensure that they do not exceed their lawful power, as the CDC’s mandate did.

There are probably some legitimate legal arguments against the judge’s ruling. But this absolutely isn’t one of them.

The odd thing about my being disappointed in @united dropping its mask mandate is how many people who claim to love kids are totally cool with this meaning that a small number of babies will die of Covid, when we’re weeks away from a vaccinate for all ages over 6 months.

Do you agree with this judge’s ruling? Well, you’re a baby killer now, or something.

First, this take from doctor and COVID alarmist commentator Jeremy Faust is simply not rooted in reality. According to the Wall Street Journal, the death rate for children without a serious pre-existing condition such as leukemia (who have always been vulnerable even to the flu) is 0%.

What’s more, concerned parents are still completely able to have their children wear an N-95 mask to protect them. And, as countless industry experts have explained, airplanes are extremely well filtered and are actually one of the safest possible places from COVID-19 spread.

And the mask mandate was mostly fulfilled by people wearing useless cloth masks and people constantly took them down to eat peanuts and sip Coke. It wasn’t protecting kids in any meaningful way in the first place.

So, this line of attack is just pure demagoguery.

One of my patients tearfully told me she’s cancelling her flight to her daughter’s (outdoor) wedding on Saturday. It’s wild some people’s *mild discomfort* while wearing a mask is more important than immunocompromised people’s ability to LIVE through a pandemic. #maskmandate

This tweet from doctor and security state advocate Amani Jambhekar made the rounds for its attempt to guilt-trip those of us who celebrated an end to the useless, invasive mandate and blame us for a random person’s neurosis.

While it’s unfortunate this individual (if they actually exist) has chosen to do this, it’s entirely their choice. They are still completely free to choose to wear an N-95 mask and, as I explained above, the mask mandate wasn’t doing anything to help them in the first place.

If they’re choosing to live in fear, that’s on them—not us.

This take from Slate “journalist” Mark Joseph Stern has so many problems I’m genuinely unsure where to start.

For one, why does the age of the judge have any relevance here? Is it now “woke” to dismiss young(ish) women when they disagree with progressive policies? That’s a silly ad-hominem, not a real argument.

What’s more, the judge isn’t deciding whether air passengers must wear masks. She’s returning that choice to the passengers and airlines themselves, where it always belonged. If anything, the judge is simply removing an override of their decision-making. She may not be an expert in COVID-19, but she is an expert in the law—which the CDC’s mandate clearly violated.

And it’s just laughable to suggest that federal agencies are “accountable” and that we ought to just blindly follow government “experts.” Throughout the pandemic to date, they’ve been wrong time and time again and faced no real consequences.

The decision by the young Trump-appointed federal judge ending the mask mandate in travel shows the federal judiciary has turned into the Senate. Democratic and Republican judges live in different worlds and rule differently.

For one thing, the Senate actually voted to repeal the federal mask mandate! (The bill didn’t pass the House).

But what’s more, it’s nothing new for conservative and liberal judges to rule very differently and come out on different sides of an issue. Toobin is attempting to paint this ruling as something radical or unprecedented when it’s actually a standard development in a long-running pattern.

The Takeaway: It’s About Control

It’s hilarious, if disturbing, to watch the blue check laptop class meltdown over the simple fact that, on planes, they won’t be able to control others around them.

Remember: They’re still free to wear a mask if they want to. They’re just enraged that they can’t control what you do.

That’s quite telling about their true motivations.

Correction: This article originally identified Lindsay Sabadosa as a New Hampshire state legislator, it has been updated to correctly identify her as a Massachusetts state lawmaker. 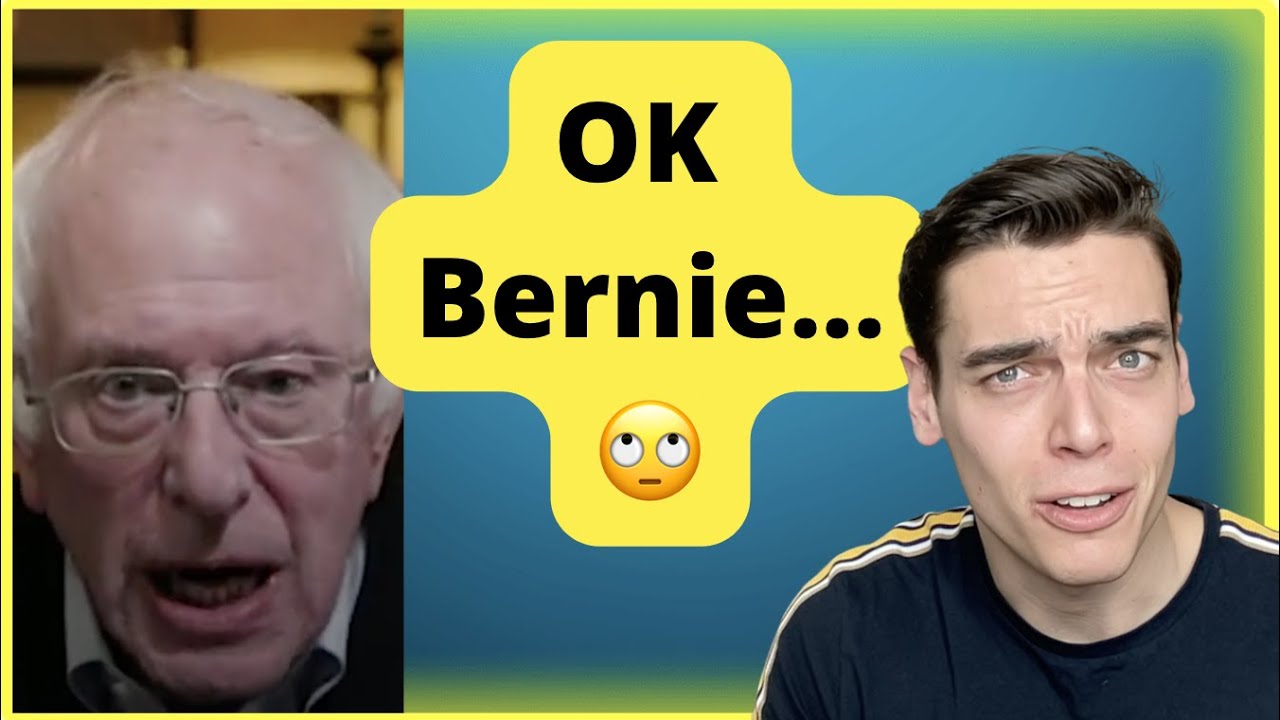