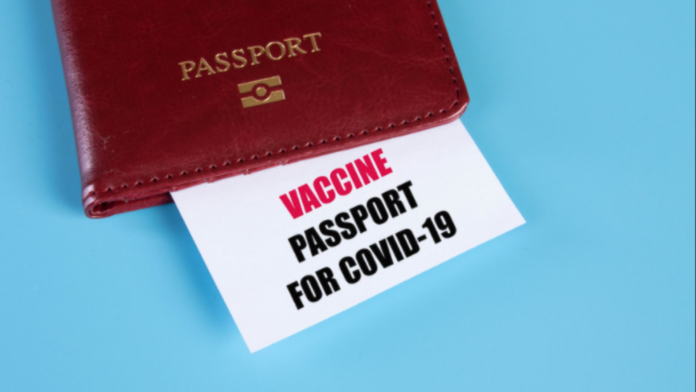 New York City’s system of government-mandated vaccine passports to enter most businesses is invasive and creepy. But after spending the last 48 hours in the city for work, I’ve quickly realized it’s also laughably ineffective.

The ‘Key to NYC’ System

The so-called “Key to NYC” system requires patrons to show proof of vaccination to enter restaurants, bars, coffee shops, gyms, theaters, and more. It now even applies to children above age 5.

The intentions behind this program are seemingly twofold. One is creating “safe” public spaces only occupied by the vaccinated. The other is coercing those who choose not to take the vaccine into acquiescence by segregating them out of public life. Yet, New York City’s vaccine passport system will clearly accomplish neither goal, despite all the intrusion and harm, because it is impossible to enforce and so easy to avoid.

We Saw How Easy This System Was to Avoid

My boyfriend and I went to all sorts of different businesses during our brief time in the city. The small Irish pub we went to Thursday night had someone standing at the front asking to see “proof of vaccination.” Yet, all you had to do was show them a screenshot of a vaccine card, which they quickly glanced at and waved us all through.

In the same vein, the bougie steak house we went to later that evening had someone outside the door asking to see “proof of vaccination.” But they simply glanced at a screenshot and then ushered us inside.

We both are fully vaccinated and were easily able to comply honestly. However, I could have shown these people a random screenshot I saved off Google for all they knew. I could have shown him my uncle’s vaccine card. After all, they don’t know me from any other random person.

Only one coffee shop we went to asked to see our IDs in addition to our vaccine card. In this scenario, it would’ve required a few minutes of effort to evade the system. One would simply need to get a digitally altered screenshot of a vaccine card to match their ID. (While I won’t encourage people to evade the law by linking to any specific websites, suffice it to say that finding such a service online is not difficult.)

So, the system is unlikely to push any hardcore anti-vaxxers to take the vaccine since they can so easily avoid it. It’s also not actually going to create “bubbles” of safe public spaces.

People seem to know this. From waiters to bartenders to baristas, the everyday people I encountered in the city mostly seemed resigned to pantomiming compliance with the city’s would-be draconian system without actually caring.

It’s easy to see why.

There’s No Good Reason to Have Vaccine Passports

The chief benefits of getting vaccinated against COVID-19 are personal. The COVID-19 vaccines remain highly effective at reducing the risk of serious illness and death for those who contract the virus. (That’s why I chose to take them. I also viewed the risks as relatively minuscule.) However, the vaccines do not eliminate transmission of the virus or symptomatic infection.

Because the vaccinated are themselves protected, it should not actually matter to them whether those around them in public have received the shot. That is unless their real concern is being a busybody and controlling others, not public health. But while that logic is seemingly motivating city officials and a few Karens, it doesn’t seem widespread among the actual people of New York.

Even if the city government’s vaccine passport system did work, it would still be a gross violation of people’s privacy rights and freedom of association. But the creepy “show your papers” routine now embedded in New York City’s very fiber is made all the more offensive by the fact that it isn’t even accomplishing much.