The Government Confiscates More Property From Americans Annually Than Burglars Do. One Republican State Lawmaker Wants to Change That 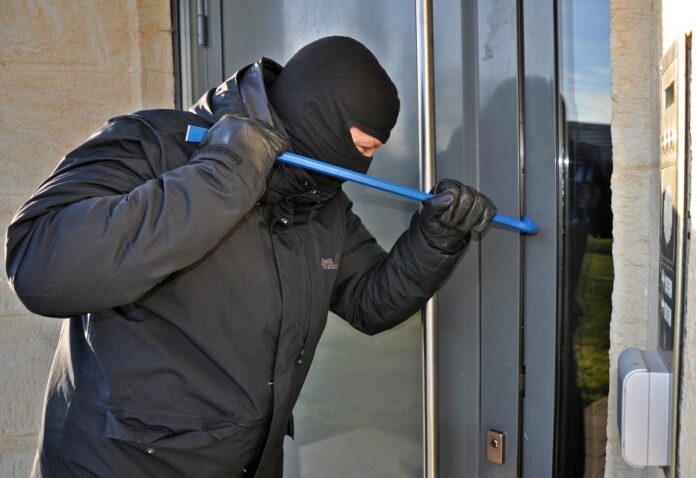 Did you know the government steals more property from citizens every year than burglars do? Yes, you read that right. Thankfully, in Missouri, one Republican lawmaker is doing something about it. State Rep. Tony Lovasco recently introduced a bill which would limit the practice of civil asset forfeiture. (Also known as CAF or policing for profit).

What is Civil Asset Forfeiture?

Civil asset forfeiture is one of the more nefarious policies in play, but Americans remain largely unaware of it. This practice is found both federally and across most states. Under civil asset forfeiture laws, the police can take your property if they merely suspect you of a crime.

That’s right: They don’t have to charge, convict, or even arrest you before they can do this. And boy do they run with it. Whether it’s cash, jewelry, cars, or even people’s homes, the police seize and sell assets from Americans all the time. They then use the profits to boost their department’s budgets.

According to the Institute for Justice, states and the federal government confiscated at least $68.8 billion from citizens from 2000 to 2020. (And that’s just what we can track!)

Here’s the thing. If the government wants to seize someone’s assets after conviction—to make restitution and pay for their crimes—I see no issue with that. (Unless what they’re being convicted for is a victimless crime, like under the War on Drugs). But that’s not what civil asset forfeiture does.

Instead, under the status quo police take the assets and in 80 percent of cases never pursue criminal charges at all. Does that mean the person then gets their stuff back?

It means they then have to hire an attorney, on their own dime, to go after the government just to get their property returned. Of course, the government keeps attorneys on its payroll and can afford to run up the clock on their time. Meanwhile, citizens have to pay an attorney an hourly rate. That means it’s very expensive to even try to get your stuff back from the government under this system.

What’s more, the burden of proof is often on the person police robbed. They must prove that they are innocent to get their things back.

It doesn’t take a constitutional scholar to know that this is a gross perversion of our Constitution and the way our justice system was supposed to function. Remember that whole innocent-until-proven-guilty thing?

The Police’s Narrative Doesn’t Add Up

The police often try to justify civil asset forfeiture by arguing that they use these laws to go after drug kingpins and pull the rug out from underneath them. (Eye-roll). But a 2020 study found that the median cash forfeiture in 21 states was $1,300. That’s hardly the makings of a drug lord!

For a regular person, though, that’s a lot to have taken from you. Yet—quite conveniently—it’s also less than it would probably cost someone to hire an attorney and get their property back.

And, like many evils in our system, this corrupt practice began as a part of the War on Drugs. Yup: the first drug-related civil asset forfeiture provisions appeared under the 1970 Comprehensive Drug Abuse Prevention and Control Act.

It’s Time to End This Insanity

It’s long past time to consign this torrid practice to the history books. Police should not be allowed to profit off of crime. Money from assets seized should go to the victims. (Only if there’s a conviction, of course).

Here’s hoping Rep. Lavasco’s efforts to roll back this corrupt practice are successful in Missouri. GOP lawmakers across the country should follow his example and actually stand up for Americans’ property rights.

Even President Biden has admitted that the COVID-19 pandemic...
Read more
Culture

Why sexual abuse victims like Pieper Lewis get convicted

These days, many celebrities and entertainers cower in fear...
Read more