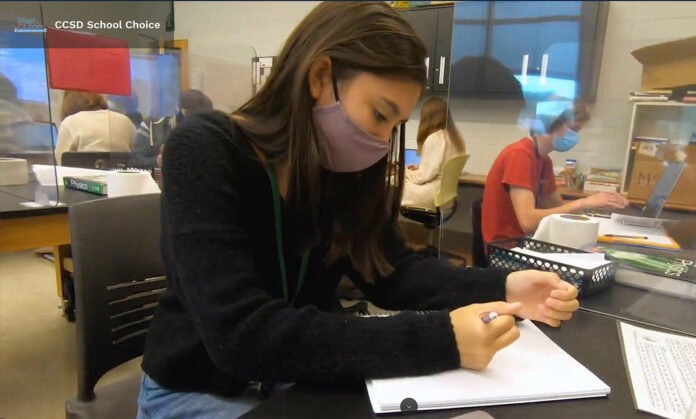 Elijah Robinson attempted suicide as a teenager. Why? Well, as a queer and mixed-race student, he faced vicious bullying in his public school.

Thanks to a Florida program, he was able to switch schools and attend a private Christian school where he did not face bullying or discrimination. Students at private schools are statistically less likely to have bullying problems. Robinson later concluded, “If I had stayed at my previous school … I honestly think I would have lost my life.”

A new study confirms that Robinson’s experience is not an outlier. It shows that alongside reopening schools, which science shows are not sources of significant coronavirus transmission, school choice policies can help heal the mental health crisis plaguing youth.

This is of crucial importance because adolescent suicide and mental health problems were already major issues before the coronavirus pandemic. Suicides among those aged 10 to 24 spiked 56% from 2007 to 2017, becoming the second-highest cause of death among teenagers and young adults.

Now, with lockdowns and school closures sapping away their social bonds and quality of life, we have witnessed a disturbing rise in suicide and mental health issues among young people. The Centers for Disease Control and Prevention reported that 1 in 4 young people contemplated suicide during a one-month period over the summer amid the first pandemic peak and harsh lockdowns.

School choice programs can help alleviate this pain and suffering by allowing more young people the educational opportunities that best fit their needs. These policies include the expansion of charter schools and tuition voucher programs that provide low-income families with money to attend private schools.

With those options, families don’t have to remain trapped into sending their child to the local public school by default. So, for students who face bullying or are not at schools that suit their needs, they can go elsewhere. Families who like their public schools and students who are succeeding there are, of course, free to choose to stay put.

The new study shows the benefit that choice brings to those who need it. Authored by the Reason Foundation’s Corey DeAngelis and economist Angela Dills, it provides empirical backing to the intuitive conclusion that school choice can reduce suicide among teenagers. It concludes that “the estimated effect of a charter school law translates to about a 10% decrease in the suicide rate among 15 to 19-year-olds.” It also finds that 30-year-old adults who had attended private school were 2% less likely to report having a mental health condition.

Why? “It’s likely that private schools face stronger competitive pressures to provide a safer school environment and improve mental health if they want to remain open,” Dills explained. “Public schools, on the other hand, are more likely to be burdened with government regulations that make it difficult for them to control discipline policy and create strong school cultures.”

These results only supplement the evidence showing that school choice improves test scores and family satisfaction.

The lesson here goes beyond how school choice improves youth mental health, as important as that may be. This study offers yet another demonstration that public policies that embrace competition and choice will always outperform those that force one-size-fits-all solutions.