Here Are the 10 Most Fiscally Conservative Republicans in the Senate 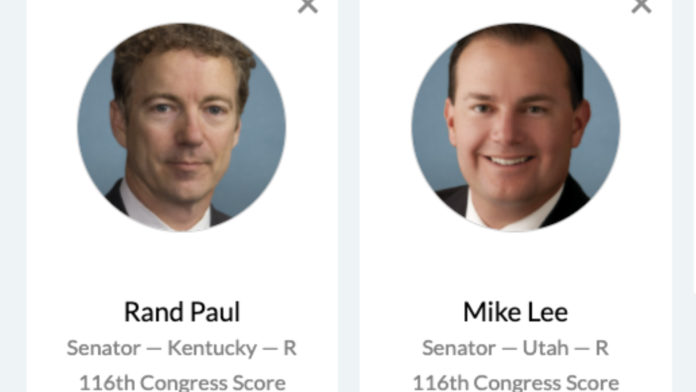 GOP politicians talk a big game about fiscal conservatism and balancing the budget—especially with a $29.8-trillion-and-counting national debt and runaway inflation. But which elected Republicans actually practice what they preach?

To find out, we looked at SpendingTracker.org’s rankings for how much spending each Senate Republican voted for during the previous session of Congress. (Data for the ongoing session is, by nature, incomplete). We looked at the data for all the spending they voted for, not just bills that ultimately were passed, because SpendingTracker says this gives a “fuller picture of intentions versus results.”

Here are the 10 most fiscally-conservative Republicans in the Senate, and how much total federal spending they voted for last session.

Don’t see your home state senator or your favorite GOP voice on here?

Rand Paul said we should get rid of the Espionage Act. Edward Snowden agrees

Even President Biden has admitted that the COVID-19 pandemic...
Read more