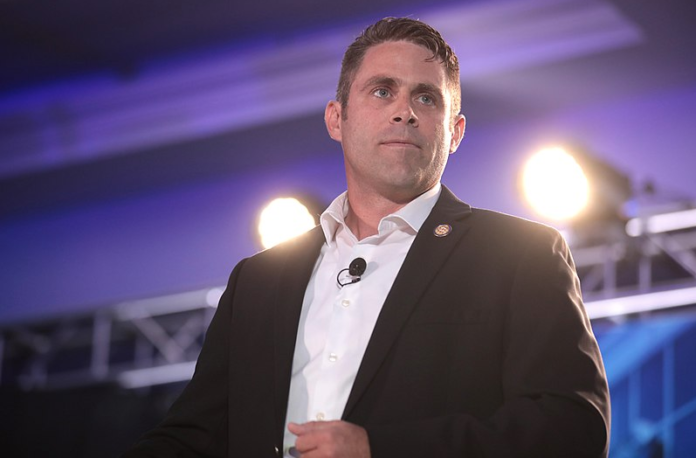 Republican Virginia House of Delegates member Nick Freitas announced legislation on Wednesday that would abolish the state-run liquor store system in his state. Under Virginia’s archaic alcohol laws, hard liquor can only be sold by the bottle at government stores—and private business is essentially locked-out of the market.

“Prohibition ended nearly 90 years ago,” Freitas said. “There is absolutely NO reason to maintain a state monopoly on the sale of alcohol.”

Contact your State Senator and Delegate and tell them to end VA’s archaic ABC system by passing HB 328!https://t.co/gFDGZat8ho

Freitas’ bill would essentially privatize liquor sales in the state.

What about all those “ABC” government liquor stores throughout Virginia?

The libertarian-leaning Republican wants them gone.

“The bill also requires the Board of Directors of the Virginia Alcoholic Beverage Control Authority (the Board) to dispose of all real estate used as government stores and to terminate leased property upon which the Board has operated a government store,” the legislation reads.

There are currently 18 states including Virginia that mandate state-run liquor stores.

The Reason Foundation’s Leonard Gilroy explained how the ABC liquor system is inherently corrupt in 2010, writing, “This begs an important follow-up question: if transporting and selling liquor isn’t a core government function, then why is the state doing it?”

Other downsides of the Virginia system include a lack of options, limited store availability, and reduced innovation in the market. He added, “Worse, beyond significantly higher long-term costs, localities suffer with a smaller tax base, thereby losing out on local, real estate and/or corporate taxes not paid under a state-run system.”