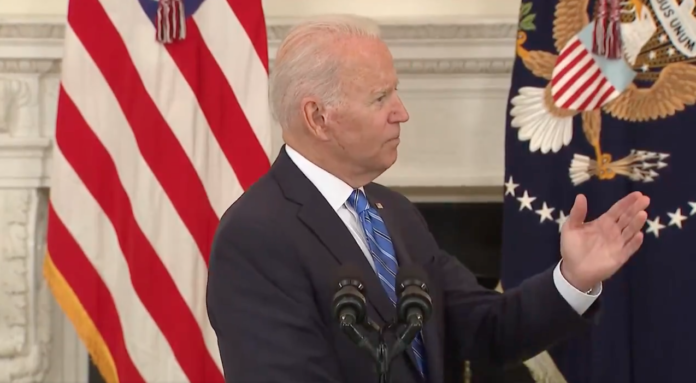 So much for “transitory,” huh? The latest inflation data is in, and it shows that the surge in consumer prices is still going strong.

If this sounds familiar, it’s because it is. This is just the latest entry into a long series of data showing that price inflation is out of control and hurting American families.

With these horrible numbers in mind, it’s worth revisiting President Biden’s past comments. In July 2021, a few months after passing a massive, partisan “stimulus” bill, he downplayed the prospect of inflation.

Q: "At what point would you consider inflation unchecked…?"

Biden: "There’s nobody suggesting there’s unchecked inflation on the way. No serious economist. That’s totally different. Look, the stock market is higher than it has been in all of history. Even went down this month" pic.twitter.com/NLXCssisUX

“As our economy has come roaring back, we’ve seen some price increases,” the president said at the time. “Some folks have raised worries that this could be a sign of persistent inflation.  But that’s not our view.  Our experts believe and the data shows that most of the price increases we’ve seen are — were expected and expected to be temporary.”

Yeah… how’s that one working out, Joe?

For what it’s worth, many accomplished free-market economists did warn that trillions in unfounded stimulus and the Federal Reserve’s rampant money-printing would cause inflation.