If You’re Aghast at What Fauci Does to Dogs, You Should See What the Government Does to People 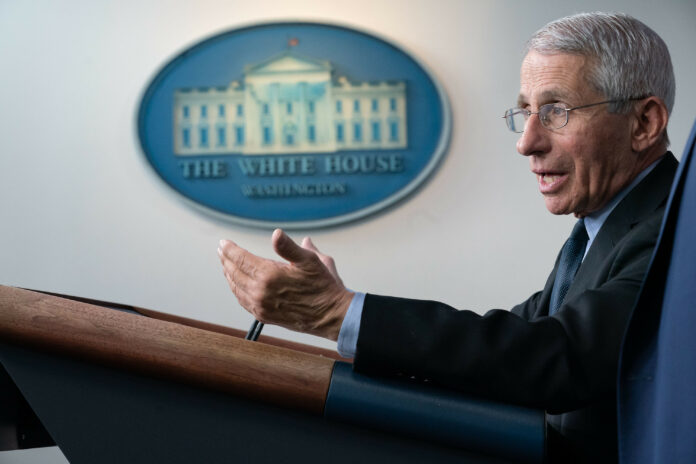 For anyone familiar with the work of Dr. Anthony Fauci prior to the pandemic, his trajectory from scientific savior to ultimate villain is unsurprising.

For those with shorter memories, Fauci also badly managed the AIDS epidemic back in the 1980s. In 1983, Fauci wrote, “routine close contact, as within a family household, can spread the disease,” in the Journal of the American Medical Association. This of course led to a media firestorm and a horrible humanitarian crisis where those with HIV were treated like lepers, especially those within the gay community.

Not long after his initial statement, Fauci did an about-face and said, “It is absolutely preposterous to suggest that AIDS can be contracted through normal social contact like being in the same room with someone or sitting on a bus with them. The poor gays have received a very raw deal on this.” Conveniently, he neglected to mention his role in creating the raw deal dealt the LGBTQ community, and the media failed to hold his feet to the fire.

Such flip-flopping to avoid accountability for his errors is one Fauci seems to have perfected over the decades, and today’s media and left-leaning audiences seem no more willing to examine his actions on their face. That’s a shame and a disservice to Americans who depend on a credible media to help them hold their government officials accountable.

Instead, we’ve been fed a steady stream of hero-worship when it comes to Fauci, despite his numerous missteps and inaccuracies throughout the pandemic. Those inaccuracies include lying to Congress about funding gain-of-function research that very well may have led to the very pandemic he is supposed to be shepherding us through.

But a recent news story may finally present an allegation Fauci can’t flip-flop his way out of: puppy abuse. Puppy torturer/murderer is an accusation so egregious that even Fauci’s staunchest critics (me included) could not have dreamt up the headline. But he now faces credible allegations that his National Institutes of Health provided a grant to a lab in Tunisia to torture and kill beagle puppies for scientific experiments.

A bipartisan group of legislators sent a letter demanding answers from Fauci earlier this month. In it, they reference claims that scientists slit dogs’ vocal cords so that they wouldn’t bark during the experiments, injected and force-fed the puppies an experimental drug for several weeks (before killing and dissecting them), and locked the dogs in cages with hungry sandflies so that the insects could eat them alive.

“This cruel procedure — which is opposed with rare exceptions by the American Veterinary Medical Association, the American Animal Hospital Association, and others — seems to have been performed so that experimenters would not have to listen to the pained cries of the beagle puppies. This is a reprehensible misuse of taxpayer funds,” the letter said.

While we are still awaiting answers to these accusations, it must be pointed out that previous accusations against Fauci and his funding of corrupt research have very much proven to be true.

The backlash to this report has been swift. It seems Americans will put up with all manner of abuse against humans, but we draw the line at puppies.

But if people are surprised by the willingness of our government officials to use our tax dollars in such a disgusting manner, they shouldn’t be. This is only the tip of the iceberg. And if you’re aghast at what they do to puppies, prepare yourself for what they do to humans.

Animal abuse has not always been treated as the violent offense that it is. In fact, despite some traction on this issue, US Senator Rand Paul (R, KY) is still fighting an uphill battle to eliminate the government’s own animal testing requirements on drugs prior to their use on humans in clinical trials.

This isn’t an insignificant issue. Yes, people matter more than animals. But animal abuse is a serious offense, and research shows that such actions not only harm animals, they’re also a good predictor for violence against humans as well. According to the FBI themselves, “Historically, animal cruelty has been considered an isolated issue, but recent research shows a well-documented link that it is a predictive or co-occurring crime with violence against humans.”

While this is true on an individual level, it is also true systemically. A government that is willing to torture animals and treat them as a disposable means to an end will also likely treat its human citizens the same way.

And there are countless events in our history and throughout the present day that back that up.

From the FBI urinating on the Black Panther Party’s Free Breakfast for Children Program, to torturing innocent people at Guantanamo Bay, to lying our way into war with Iraq where millions were killed, to gunning down college students at Kent State, to thousands of wrongful convictions and executions, to dropping nuclear bombs – our government’s crimes against humanity can fill books. Torturing puppies almost pales in comparison, atrocious as it is.

Worship of the State

Economist Ludwig von Mises once said, “The worship of the state is the worship of force. There is no more dangerous menace to civilization than a government of incompetent, corrupt, or vile men. The worst evils which mankind ever had to endure were inﬂicted by bad governments. The state can be and has often been in the course of history the main source of mischief and disaster.”

We’ve certainly seen large sects of the population worship Fauci and other government leaders throughout the course of this pandemic. Some, like former New York Governor Andrew Cuomo, have already been exposed in their corruption and removed from power.

The strikes keep mounting against Fauci. And at this point it is clear there needs to be an investigation into multiple allegations against him, as well as repercussions for lying to Congress.

But the real indictment is against the American people for failing to recognize the inherent evils in government and guard against them. Governments don’t begin torturing and murdering puppies overnight. That only occurs after a population allows its government to go unchecked for so long.