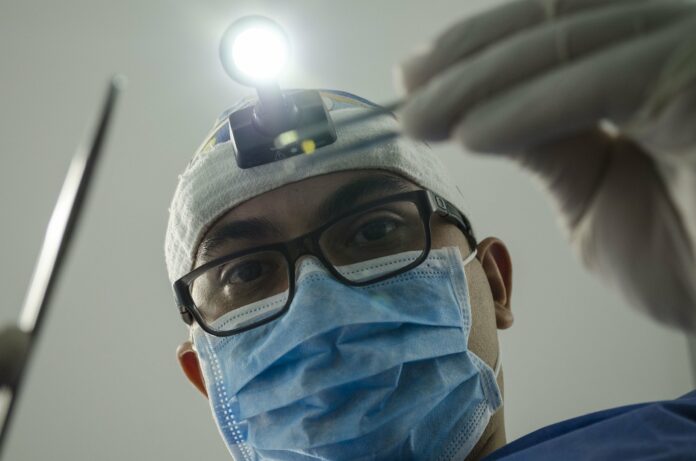 The looming $3.5 trillion Budget Reconciliation bill is expected to come up for a vote this Thursday. In anticipation, the Biden Administration and Congressional Democrats are laying out a full-court press.

Some of their talking points are downright funny, like Biden claiming the actual price tag for the bill is zero.

…Or at least they would be funny if this package wasn’t so problematic. In it are elements of the PRO Act (which could force tens of millions of independent contractors out of work), lots of crony handouts for Big Labor, and loads of new taxes…which any basic econ student knows we all ultimately pay. Corporations pass on taxes through higher prices and inflation. If you truly believe the narrative that only the rich pay for absolutely anything, you’re being played.

But perhaps worst of all in this bill are the healthcare provisions.

As I reported last month:

“This would be the biggest expansion of government-run healthcare since Obamacare. In fact, the total spending dwarfs Obamacare’s by 40 percent. The initial cost of the ACA was $940 billion, while this plan weighs in at $1.3 trillion—$1.3 trillion that, it must be repeated, we do not have.”

So what are the key provisions? As follows:

• $400 billion for a Medicaid giveaway to home health care unions

And how do they plan to pay for it? Why, through cuts to Medicare, of course.

If you’re confused, you should be. How in the world can they possibly expand the benefits offered by Medicare (which is already strapped for cash) while also cutting its budget?

Simple. This isn’t meant to work.

Here’s the reality. Democrats want a single-payer system, and they aren’t going to stop until they get it. A single-payer system is just a better word for a government monopoly over healthcare. And they simply do not have the political muster to push that through right now.

But, imagine what happens in the next 5-10 years if they get their way with this bill. If Medicare becomes even more overwhelmed and buckles under the weight of itself, just as the largest generation of all time (the Baby Boomers) is retiring and coming to depend on it. What do you think happens when it goes under?

I think you’re going to have a whole lot of Baby Boomers demanding government answers….answers the Democrats already have ready-made in their back pocket.

In my opinion, these healthcare provisions are meant to make the system buckle in order to build the political sentiment needed for Democrats to pass single-payer healthcare.

And that should worry everyone. Because despite their talking points about how great government healthcare is everywhere else in the world, the data begs to differ.

For instance, Canadians receive fewer cancer screenings and have higher mortality rates for several types of cancer. They also wait two months for an MRI and five months to see a specialist. Spain and Greece have access to only 14 percent of new drugs (the US has access to 89 percent). In England, they force people to let their babies die and, although slightly less extreme, have 1.2 million people currently waiting at least six months for vital services.

If this bill passes, it is likely that our loved ones on Medicare will face hardships accessing medical care just as they are supposed to be entering their golden years. The Congressional Budget Office has already said, multiple times, that the price cap provisions in the bill will lead to drug shortages and less medical innovation. And we can all expect our healthcare prices to increase.

Over the past year, we’ve had a really good look at all of the problems government control has created in our healthcare system. The last thing Americans should want is to give these same bureaucrats complete control of our medical needs. Frankly, I can think of nothing more frightening.