Americans Are Fed Up With Endless Wars, New Polling Shows

Only 23 percent of Republicans, 21 percent of Independents, and 5 percent of Democrats oppose the withdrawal. This is astonishing. 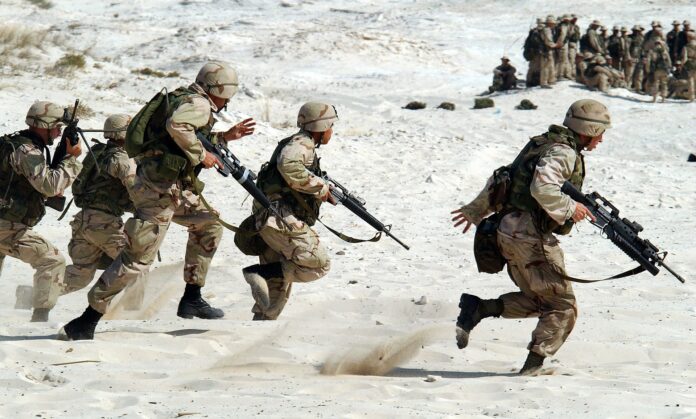 Americans have been involved in countless conflicts (literally countless, because no one knows how many) for decades now.

But the average citizen is so far removed from the horrors of war or the intricacies of our foreign policy that many were unprepared for the show of violence and tragedy we all witnessed as the US exited Afghanistan over the past couple of weeks.

There is no question that grave mistakes were made, and lives lost because of it. The extent to which these mistakes were the inevitable incompetence of government versus intentional errors meant to convince the powers and public that we should stay is the only lingering question in my mind.

But no matter how aghast Americans were at our chaotic and catastrophic withdrawal, they remain steadfast in their belief that it was the right choice.

Only 23 percent of Republicans, 21 percent of Independents, and 5 percent of Democrats oppose the withdrawal. This is astonishing.

I was in the Eighth Grade when 9/11 happened, and though I was young I remember well the fervor for war that gripped the nation. People were afraid, they were angry, they wanted revenge. They were also confident in our might and our mission.

Back then, 88 percent of Americans approved of us going to war with Afghanistan. The authorization of the conflict passed the Senate 98 to 0, and the House 420 to 1.

At the time, those who spoke out against the war(s)—like Congressman Ron Paul or Congresswoman Barbara Lee—were called kooks, fringe, even traitors. And these sentiments persisted for many years. In 2012, The Wall Street Journal reported that Paul’s campaign for president faced a major hurdle: his anti-interventionist foreign policy.

From the WSJ at that time:

“It’s that great mass of undecideds he needs to appeal to,” said Ann Trimble-Ray, vice chairwoman of the Sac County GOP and an adviser to U.S. Rep. Steve King (R., Iowa). “His libertarian viewpoints don’t match up with the mainstream Republican in Iowa.”

Dusty Juhl, a supporter of Mr. Paul in Iowa working for a libertarian-leaning group, estimated that 90% of the people he contacts raise concerns about the congressman’s foreign-policy views.

It’s easy to forget just how recently the deck was stacked against the foreign policy ideology of libertarians. But that should be encouraging to so many of us who feel tribeless and out of power in our terrible two-party system. The takeaway here? You don’t need to be in the majority to change the country.

Just as we have seen on past issues like the War on Drugs, Same-Sex Marriage, and now war, when libertarians stand on principle and refuse to be swayed, we can ultimately move the powers that be to our positions over time—because they are economically and ethically correct.

The massive shift in foreign policy stances should encourage us when it comes to other issues we are still trying to move the public on, like policing and immigration.

Keep going. We will rise.