Vax or Jail? The Dilemma Facing Some Americans

The cases in Ohio are especially troubling because they involve defendants whose bodily autonomy is being violated not only once, but twice by their government. 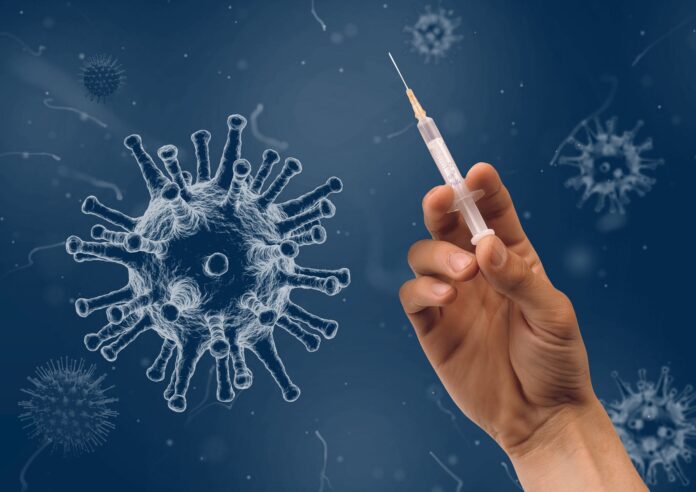 Brandon Rutherford was recently presented with a dilemma in an Ohio courtroom: get vaccinated or face incarceration.

The 21-year-old was sentenced to two years probation for fentanyl possession by Judge Christopher Wagner of Hamilton County, Ohio on August 4, but his sentence came with a twist: he was ordered to get a COVID vaccine as a condition of his probation.

Should Rutherford fail to comply, he could be sent to jail for up to 18 months.

“I’m just a judge, not a doctor, but I think the vaccine’s a lot safer than fentanyl, which is what you had in your pocket,” Wagner told Rutherford.

Wagner gave Rutherford 60 days to get vaxxed and said, “You’re going to maintain employment. You’re not going to be around a firearm. I’m going to order you, within the next two months, to get a vaccine and show that to the probation office.”

The judge only knew Rutherford’s vaccination status in the first place because he questioned him when he arrived in court wearing a mask—a rule Wagner put in place for any unvaccinated people in his courtroom.

Rutherford was outraged by the mandate.

“Because I don’t take a shot they can send me to jail? I don’t agree with that,” he said. “I’m just trying to do what I can to get off this as quickly as possible, like finding a job and everything else. But that little thing (COVID vaccine) can set me back.”

The judge’s order created a stir, prompting Wagner to issue a response.

“Judges make decisions regularly regarding a defendant’s physical and mental health, such as ordering drug, alcohol, and mental health treatment,” he wrote in a statement. He also said it was his responsibility to “rehabilitate the defendant and protect the community.”

Wagner is not the only Ohio judge to take such actions. He joined judges in Franklin and Cuyahoga counties who made similar demands.

As Rutherford’s case vividly demonstrates, in the wake of COVID-19, the world is grappling with the question of how much control an individual should have over their own body.

Bodily integrity, also commonly referred to as bodily autonomy, is a longstanding principle of human rights and individual liberty. In recent years, discussion on this topic has centered around the #MeToo movement regarding sexual harassment and abuse in many of our institutions. It is obvious that violating another person’s body is inherently wrong; no one questions this premise when discussing matters of sexual violence.

Yet, for too many those clear-cut lines become blurred with other issues, especially when the conversation turns to medical bodily autonomy. And history shows there is a long, troubling tradition in the US of violating the bodily integrity of Americans, particularly the marginalized and disadvantaged.

As an example, a Tennessee judge and sheriff launched a forced-sterilization program for inmates around 2017. They allowed people in jail to shorten their sentences by 30 days if they agreed to the medical procedures. They were, thankfully, sued over this and the program was overturned on constitutional grounds. The attorney who obtained justice in this case, Daniel Horwitz, said at the time, “Inmate sterilization is despicable, it is morally indefensible, and it is illegal.”

Forced sterilization among inmates isn’t the only medical crime against bodily autonomy in our past either. In 1932, the Tuskegee Experiment was launched and ran for decades. The United States Public Health Service and the Centers for Disease Control and Prevention (CDC) conducted the study, during which they lied to the 600 black male participants about their syphilis status and told them they were receiving free healthcare. In reality, they were given placebos, ineffective treatments, and denied penicillin—even as it became widely available as a treatment for syphilis. The particular case elevated the issue of informed consent in medical procedures and highlighted how far the country still had to go in respecting inalienable rights, including “The right of the people to be secure in their persons,” as articulated in the US Constitution.

Globally, human rights advocates have fought a long and uphill battle to assert these basic principles of bodily autonomy and informed consent in society.

In 1948, the United Nations passed its Universal Declaration of Human Rights. Article 3 of this Declaration states, “Everyone has the right to life, liberty and security of person.”

The timing of this Declaration is key as it came at the heels of World War II, a period during which arguably the greatest violations of human rights in modern history were committed, including forced scientific and medical experimentation on human beings on a mass scale. The subsequent Nuremberg Trials—held between 1945 and 1949—resulted in the Nuremberg Code of 1947, a set of 10 standards that confronted questions of medical experimentation on humans. The Nuremberg Code established a new global standard for ethical medical behavior. Within its requirements? Voluntary informed consent of the human subject.

Forced medical procedures are an especially monstrous violation of the fundamental right of bodily integrity and autonomy. This lesson was hard-learned through the course of the 20th Century. But it seems to have been unlearned amid the panic over COVID-19.

The cases in Ohio are especially troubling because they involve defendants whose bodily autonomy is being violated not only once, but twice by their government.

Our justice system routinely puts bodies in cages over what the owners of those bodies choose to put in them—whether an actual crime results from that consumption or not. That’s thanks in large part to the immoral and unjust War on Drugs, as well as the wide range of non-violent offenses we currently criminalize in our country. Now, on top of arresting the defendants for choosing to put a substance in their bodies, we have judges threatening further incarceration to coerce those same people into putting a different substance in their bodies.

In both instances, this is an egregious violation of an individual’s bodily autonomy. But many progressives who regularly express outrage over mass incarceration and the War on Drugs are noticeably either silent on vaccine mandates or advocating for them.

The economist Ludwig von Mises (1881-1973) had a lot to say about governments interfering in what individuals choose to consume. In his book Human Action he wrote the following:

This is applicable to the War on Drugs, which was gaining steam around the time of Mises’ death, but it is also relevant to the current pandemic policy. Whether or not it is prudent for a person to get vaccinated for their own health is not the correct question. It is not the government’s duty to protect individuals against their own folly. Mises went on to write:

As is the case most of the time, when liberty advocates object to a public policy that big-government advocates believe to be “common sense,” we are not doing so simply over the immediate implications but rather because we know where such policies can lead. If the government can force me to get a vaccine for my own good, what else can it force me to do? The proverbial can of worms is open, the legal precedent set, and any student of history knows it only goes downhill from there. Mises continued:

Those who advocate for the government’s ability to deprive humans of their freedom on the basis of consumption in effect promote a wide array of injustices and human rights violations. There is simply no gray area here.

Human Action wasn’t the only place Mises appears to be writing from the grave for our modern times. In his work, Liberalism he says the following:

Think how this applies to the increasingly intolerant conformity culture we see mounting in the age of COVID. He continues:

It is interesting that those who fancy themselves “progressives” are pushing for the world to come to an abrupt stop and for all individuals to bend their will to the national narrative they have chosen in this time.

His writings are so spot-on and prescient, it’s almost eerie.

We do not have to like or condone another person’s actions. We don’t have to associate with them. But we must endure other humans acting and living as they see fit without going full Karen and calling the cops. When you argue for government force to violate an individual’s bodily autonomy in any manner, you stand on the side of gross injustice and human rights violations—just ask Brandon Rutherford who now faces jail time over his decisions about what he will or will not put in his body.

“I’m not taking the vaccine,” Rutherford told CNN. And he ought to have every right to make that decision.