Affordable housing plans will never make housing cheaper, they’ll just leave us with the bill for the mess government created. 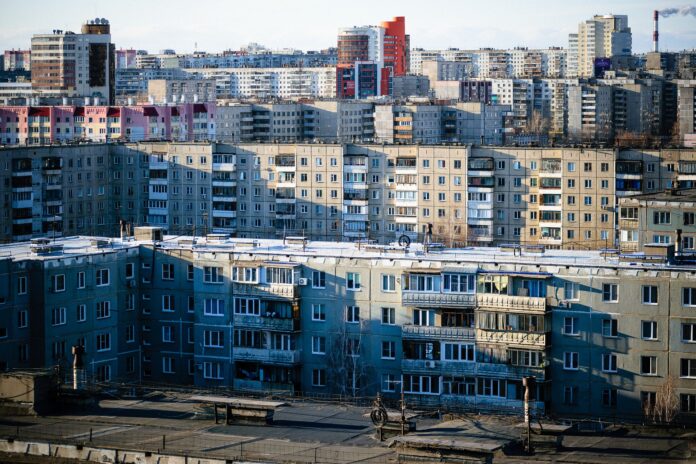 Earlier this year, a house made headlines in DC when it sold for $1 million over its asking price—a representation of just how crazy things have gotten in the US housing market.

Now, a new report confirms what anyone who has spent even a day house-hunting in 2021 could have told us: there’s a massive housing shortage.

The findings, which come from the National Association of Realtors, indicate construction of new housing fell 5.5 million units short of long-term historical levels. Additionally, it says that from 2010 to 2020, new home construction fell 6.8 million units short of what was needed to meet household-formation growth and replace units that were aging or destroyed by weather events.

The National Association of Realtors is an industry lobbying group who say they hope their work persuades lawmakers to include housing investments in any infrastructure package.

“The scale of the problem is so large,” said David Bank, senior vice president of Rosen Consulting Group and one of the report’s authors. “We need affordable [housing], we need market-rate, we need single-family, we need multifamily.”

What kind of policies does the group specifically have in mind? Expanding the tax credit program for low-income rental housing, encouraging renovation of distressed properties, offering incentives to cities and states to reduce regulatory limits on housing density, and converting commercial buildings for residential use—to name a few.

For the Biden Administration’s part, their solutions tend to revolve around similar, government-funded approaches. Biden has suggested giving first time homebuyers a $15,000 tax credit and injecting $213 billion into developing, maintaining, and retrofitting affordable units over the next eight years.

Amid all these reports and plans, there seems to be a common ground: everyone agrees the shortage in supply is leading to the boom in housing prices.

For reasons we’ll touch on below, the shortage became even worse over the past year, and as a result builders slowed construction in some regions and delayed land purchases. At the same time, low mortgage rates and an increase in remote work inflated the demand for housing.

To be clear, the market is trying to respond to all this. Housing starts—a measure of home-building activity—rose last year to 1.38 million units, the highest since 2006. But shortages in labor, land, and materials persist and have limited the pace of construction growth.

And those shortages, it must be emphasized, are not naturally occurring. Rather they almost always trace their origins back to bad government policies and intervention into the free market.

Many cities and states employ zealous zoning regulations that severely limit the available land for building. Others have regulatory limits on housing density, or rules limiting the height of construction that might affect the landscape or skyline. Progressive cities, which fare worst of all when it comes to affordable housing and homelessness, frequently have measures like rent control and historic overlays on the books that impede new construction.

On top of these factors are government policies—like supply-chain-disrupting lockdowns, trade wars, and immigration controls—that create worker and material shortages.

And even in the best of cases, the obstacle course of red tape that builders must run—government regulations, codes, and inspection processes—prolong the time it takes to build new homes and greatly increase the costs.

As a result, many builders have turned their attention to larger, more expensive projects as these are the ones more likely to make all the expense and effort worth their investment—meaning they have less incentive to build smaller, more affordable homes when they do build and compounding the affordable housing problem for low- to middle-income Americans.

Affordable Housing Initiatives Ignore the Root of the Problem

The affordable housing issue in the US is a case study in basic economics. .

The laws of supply and demand show that when there is a surplus of availability, prices come down. But the government has placed barriers that restrict supply on the housing market for decades, and as a result, the cost of housing (both purchase prices and rent) continue to skyrocket.

FEE economist Peter Jacobsen explains it this way: “When there are more houses and apartments available than there are people looking for housing, owners and landlords need to entice more people to become house-hunters in order to fill their vacancies. They do this by lowering the rents or selling prices they’re asking for. Buyers benefit from lower prices, and sellers benefit from filling empty housing. However, if the government is constantly restricting the amount of housing with cumbersome regulations, this process never occurs. Increasing demand meets with stagnant supply, and prices rise.”

As famed economist Thomas Sowell points out, “Study after study, not only here but in other countries, show that the most affordable housing is where there has been the least government interference with the market – contrary to rhetoric.”

Most “affordable housing” initiatives seek to throw taxpayer dollars at the problem while allowing the thicket of government regulations that create shortages in the first place to remain on the books. Such big-government responses will never make housing cheaper—they’ll just leave taxpayers with the bill for the mess government created.