Do words mean anything to these people anymore? 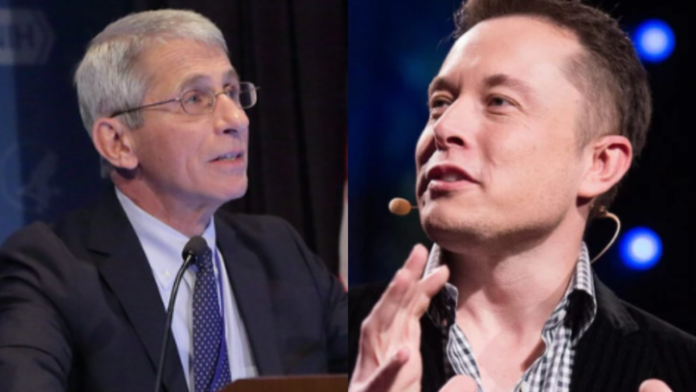 The year is 2019. Someone tells you that in the very near future, a new disease is going to sweep across the globe. In its wake, currencies will crash, people will be stripped of their livelihoods, kids will lose years in education, world hunger and poverty will increase, people will be locked in their homes, supply chains will be shut down, and millions will die.

Now imagine if on top of all of that they told you that to question any of this, to demand answers for the origins of the disease, would be called “far-right.”

You wouldn’t believe them.

Yet that’s where we are. Recently on Twitter, Elon Musk posted, “My pronouns are Prosecute/Fauci.”

The Left lost their ever-loving minds.

This op-ed quickly appeared in The Atlantic questioning whether or not Elon Musk is a far-right activist.

Elon Musk has maintained that he is a political centrist. But his tweets, actions, and associations say otherwise, writes @cwarzel:https://t.co/CZ5gxGeiJg

In it, the author says, “The tweet is a cruel and senseless play on pronouns that also invokes the right’s fury toward Anthony Fauci, the chief medical adviser to President Joe Biden, for what they believe is a government overreach in public-health policy throughout the pandemic and an obfuscation of the coronavirus’s origins.”

Elon Musk is a moderate, politically. But his refusal to adhere to the far left narrative puts him on the “far right,” according to the MSM. Anyone to the right of Stalin is far right. pic.twitter.com/47hrlOJkvy

If you want a thorough investigation into the origins of COVID, which we already know trace back to taxpayer dollars & corrupt animal torture, you're a fAr RiGhT aCtIvIsT.

…at least according to this unhinged op-ed in the @TheAtlantic: https://t.co/Qiorc1cqrY

For what “they believe is a government overreach….and an obfuscation of the coronavirus’ origins”?

If the things I listed at the beginning of this article aren’t “government overreach,” then what constitutes that litmus test for these people? Throwing people in camps?

Furthermore, Fauci did work to hide the origins of the coronavirus, and he and others in the Biden Administration put in overtime to shut down anyone who questioned their official narrative.

Fauci’s organization used a passthrough nonprofit to fund illegal, dangerous, and tortuous gain-of-function research on animals. Fauci first worked to hide this funding, and then when an animal welfare group, the White Coat Waste Project (where I am a Fellow) exposed that information, he worked to change the definition of “gain-of-function.” That’s not how this works, that is lying to the American people and to Congress. He should be prosecuted for that, and our representatives should be working to prove whether a lab leak led to the virus once and for all.

If those activities aren’t “obfuscation” I don’t know what is. Do words mean anything to these people anymore?

Demanding answers and accountability on this is not “far-right.” In fact, anyone not in this camp is so far left they’ve gone over a cliff.

I used to be proud of my Tesla. But now that @elonmusk far right conspiracy theory spreader and bully of public health authorities I am embarrassed to be seen as endorsing him. I also sold my Tesla shares.

In a statement on Musk’s comments, Tristan Daedalus, who is the Director of Government Affairs at the WCW said, “Since early last year, WCW polls have found that 75% of taxpayers want the lab leak investigated and for subpoenas to be issued, and lawmakers on both sides of the aisle have pledged to finally investigate COVID’s origins. Hopefully, Congress can get the truth on how the pandemic really started and hold Fauci and other officials accountable for a cover-up that has prevented the world from knowing so we can avoid another.”

Not wanting answers on COVID-19 is actually a fringe, far-left, position–and an indefensible one at that.

Hannah Cox is a Fellow at the White Coat Waste Project.

Editor’s Note: This article was updated to clarify the relationship between gain-of-function research and the lab leak theory of COVID’s origins.