But oftentimes, the most sinister policies go down behind the scenes, and it can take decades for their full impact to register. By then, those responsible are long gone and we’re left to deal with the consequences.

Such is the case with the Biden administration’s current war on work. Decisions that are being made and policies that are being pushed for right now represent one of the biggest threats to workers’ freedoms and small businesses in recent history. And if we don’t intervene now, we will be paying dearly for it for years to come.

The Fight Over Freelancers

There are over 70 million freelancers in the US right now, and in the past year alone, that number jumped by 20%. This is a really positive development for the vast majority of people. Research by Upwork (a listing service for gig work) shows that 60% of people who left a full-time job to freelance make more money than they did in their previous role.

Freelancing also means a much higher quality of life—no more soul-sucking 9-5 chaining you to a desk, the ability to be your own boss, set your own hours, and work from the comfort of your own home. (Or a beach, or a restaurant—to each their own).

On top of that, many freelancers are able to build more meaningful careers, because they get to actually reap the rewards of their hard work or they use the freelance work to supplement their income as they build other businesses. In all these scenarios, freelancing gives workers far more autonomy, fulfillment, and resources.

So who loses? Labor unions, corporations, and the government.

Labor unions are at their lowest participation rates of all time (because they’re terrible). Increasingly, really good laws have made it impossible for them to force people into work, and even in states where they do still get to operate like complete thugs, they can’t get their hands on freelancers.

In short, they’re dying a pretty quick death. The Democrats are trying to step in and save them because unions have always used the money they shake people down for to support left-wing politicians and entities.

Corporations also lose out in this scenario. Why? Well, because increasingly people don’t want to work for them.

Let’s be brutally honest: Working for a lot of businesses is just not that great. When you have the opportunity to access the benefits of freelancing laid out here, why would you choose to go work a 9-5 with two vacation weeks a year for a stagnant salary?

People are saying, “no thanks.” That should incentivize companies to adapt and offer better arrangements for workers. But instead, because of our crony system, many instead lobby the government for policies that restrict freelancers and would force workers back to their offices.

Why the Government Dislikes Freelancing

So because of these factors, the Biden administration is working overtime trying to shut down freelance work. And I’m not being hyperbolic here.

It started with the PRO Act, which they tried to pass via a few different angles in 2021. First, they tried it as a stand-alone bill, then they tried to cram it in the Build Back Better bill. All in all, it came within a mere distance of two people (Joe Manchin and Kyrsten Sinema) of passing.

That bill is similar to a bill called AB5 that passed in California in 2019. It essentially restricts who can be labeled as an independent contractor to those who perform work outside of an organization’s primary function. So if you’re a painter and Google hires you to redecorate their office, fine. But if you’re a painter and Sherwin Williams contracts you as a consultant it’s a no-go. AB5 was an immediate disaster that resulted in a lot of people losing their jobs overnight, particularly in the arts and trucking. But Democrats don’t care, they want to take similar policies nationwide.

Once the PRO Act failed, the Biden administration still didn’t give up. They’ve been working to push similar rules unilaterally through the Labor Department instead. They claim they’re doing this to save the poor independent contractors from mean businesses taking advantage of them—despite all evidence to the contrary. (Nobody accidentally ends up freelancing.)

The new Labor Department rule would essentially direct the IRS to change who it classifies as an independent contractor. It seems a little unclear just how many people would lose that status if it passes, but we know this: far more people than want to.

According to a GOA report in 2015, 85% of freelancers are happy with their status. And the backlash against this law from the freelance community seems to support that. Kim Kaven of Fight for Freelancers USA, a grassroots organization comprised of freelancers, tweeted:

All of us at @Freelancers_USA look forward to someone—anyone—in the Biden administration taking even a single meeting with hardworking independent contractors to discuss the need to stop attacking our livelihoods.#FightForFreelancers https://t.co/pqISSZwXhd

And in response to an open portal taking comments on the proposal, other independent contractors poured in to protest.

1/3 Somebody lit a fire under @Uber drivers, who are submitting tons of comments against the @USDOL plan to reclassify independent contractors as employees.

These are people caring for senior relatives, kids, grandkids and their own medical needs, driving in their spare time. pic.twitter.com/AlFinYH8s1

The reality is this would be a huge blow to individual liberty. It would take away a lot of people’s businesses they’ve worked hard to build and make it harder for small businesses to get started. What’s more, it would decrease the widespread quality of life improvements we’re currently seeing as businesses try to keep their workers from going independent.

Less competition in salaries, fewer consumer options, less flexibility, and freedom. Yup: This is a direct policy attack on millions of Americans’ livelihoods.

But that’s not the only way the Biden administration is waging this war on work. Not by a long shot.

The Ministry of the Federal Trade Commission (FTC)

The FTC is a forgettable government agency. This makes it the perfect place to carry out nefarious activities, as they know no one is watching.

Amy Klobuchar has been joined by several feckless Republicans this year in an effort to expand the FTC and the Department of Justice’s powers. She’s using antitrust as her guise for the effort and claiming things like the American Innovation and Choice Online Act are absolutely necessary to protect consumers from big bad monopolies.

Never mind the fact that her bills would do nothing of the sort. They’d actually just get rid of the consumer welfare standard (a very pro-capitalist and very pro-consumer legal precedent that’s been used for decades to determine matters of antitrust), and give the unelected bureaucrats at these agencies a lot more power to bully companies into acting as they wish them to.

They’re not even being particularly crafty about hiding this. Just this week Senator Ed Markey has repeatedly, openly made threats against Twitter and openly stated they would use the FTC to carry them out.

Twitter is already on privacy probation and we're seeing fresh chaos every day. That's why I'm joining @SenBlumenthal in asking the @FTC to investigate any breach of Twitter’s consent decree or other violations. No company is above the law and Twitter must answer to the FTC. https://t.co/ckAu3BVHA0

One of your companies is under an FTC consent decree. Auto safety watchdog NHTSA is investigating another for killing people. And you’re spending your time picking fights online. Fix your companies. Or Congress will. https://t.co/lE178gPRoM

In addition to this, the FTC announced that it will be giving itself sweeping new authority to challenge any business it believes is “undermining competition.” They did this by lowering the standards needed to bring enforcement actions against businesses.

In regards to the new guidelines, NetChoice (a tech trade industry group where I am a Fellow) Counsel and Vice President Carl Szabo said, “This newest guidance is yet another example of how the FTC is being weaponized by this White House to advance political goals rather than focusing on its mandate to protect American consumers, and Congress must hold it to account.”

He continued, “It will only expedite America’s path toward a financial slump by making it harder for businesses to grow and expand. This turn away from a focus on consumer protection will undermine all American businesses and make it harder for small businesses to compete against large ones that can afford to battle regulators in court.”

I can’t emphasize enough how radical and fascist all of this is. It is a direct assault on the free market, on small businesses, on actual competition, and on workers. It’s also a way to undermine free speech and force businesses to fall in line with the government’s narrative on a whole host of subjects. Should they not comply, the FTC and regulators will simply make up a case against them.

A war on businesses is a war on work. These kinds of policies will make it much more expensive and risky to open and operate a business. That in turn would limit the options workers have in the market, and therefore would make it harder for them to negotiate salaries and perks. And for the countless business owners whose work is their company, this is a direct attack on their livelihoods.

It’s time Congress intervenes. We need a full investigation into the FTC. And we need to all demand the Biden administration ceases this war on all of us.

Disclaimer: Hannah is a fellow for Netchoice, which works on antitrust issues. 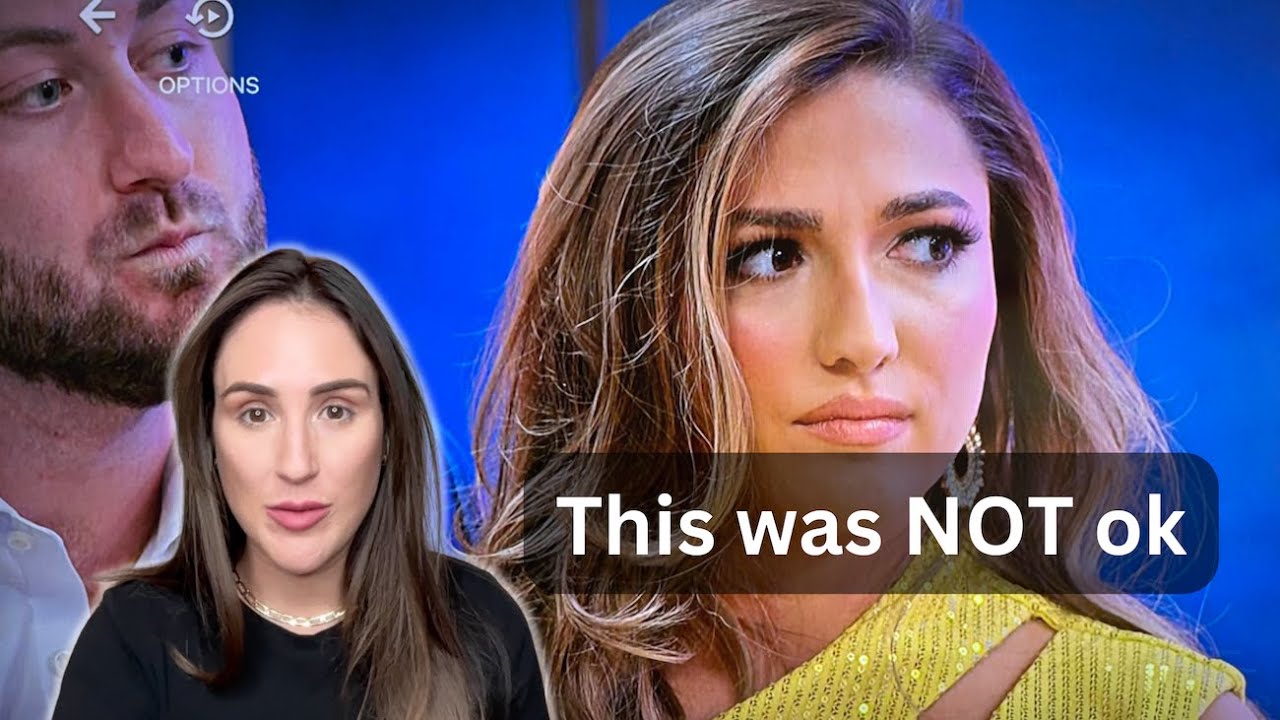