These 2 Republicans warned us about inflation years ago

Most Democrats and Republicans ignored them.

In March 2020, Rep. Thomas Massie held up a $2 trillion coronavirus stimulus bill that almost everyone in both parties heavily favored, including the Republican president of his own party, Donald Trump. Massie wanted a roll call vote so members’ names would be attached to the legislation—so we would know exactly who to blame when things went awry.

The entire Washington establishment came after Massie for this. (Trump even called for him to be thrown out of the party.)

It only took three weeks for the libertarian-leaning Republican to be proven right about the inherent corruption of this mass spending.

Sen. Rand Paul opposed the coronavirus stimulus spending in his chamber during the same period, where he chided, “I ask my colleagues to stop wasting money in this time of crisis. Stop being a rubber stamp for wasteful spending — do your jobs and prioritize our precious resources. It is our job and our responsibility to conserve our resources.”

Massie and Paul opposed the COVID-19-related “stimulus” even when Republicans were eager to spend under Trump, arguing that printing more money would eventually do more damage to the economy than the comparably smaller effect on Americans merely receiving unexpected $1200 to $1400 checks.

Opposing another monstrous spending bill in late 2020, Paul warned, “We are $27 trillion in debt today. How do we expect a child to have the economic opportunity when this crushing debt is their inheritance from Congress?”

“It’s clear that government has worsened the economic damage and acted as the biggest obstacle to economic recovery,” he added. “The answer is not printing up and distributing ‘free money.’ It’s opening the economy.”

Democrats eager to supposedly ‘build back better’ or ‘rescue American jobs’ were as eager as Republicans under Trump to give bills appealing names that all did the same thing: Spend monstrous amounts of money we simply didn’t have with dubious results at best.

Paul warned at the end of 2021, “Continued reckless spending is dangerous to the health of our country and our national security. Simply put, the bill provides reckless spenders with a blank check and sends the country further down a dangerous path that threatens a future of confiscatory tax rates, low employment prospects, and high inflation.”

As inflation continued to spike this year, Democrats and Republicans pointed at different causes except the real one: Continuous alarming government spending both parties overwhelmingly signed off on.

Massie gave everyone a reminder in April:

Who’s to blame for #inflation? @POTUS blames Putin. Republicans blame Democrats. The truth is in this graph. On 3/27/2020, Congress passed the biggest spending bill in history, and followed up with more, totaling $7 trillion. I predicted this inflation when I opposed these bills. pic.twitter.com/UYA7QqxoIR

Paul noted last month the irony of the roughly $5 trillion spent during the pandemic:

We’ve now lost more due to inflation than the government gave out in the form of "free" money. It's time to stop digging the hole and get back to fiscal sanity. pic.twitter.com/Xr200wTWmG

Though Massie and Paul, Sen. Mike Lee, former Congressman Justin Amash and a handful of others were mostly screaming into the wind as both parties spent to their hearts’ content for years, their warnings about inflation weren’t a major revelation for these Republicans. Just a basic knowledge of free market economics, or more particularly, Austrian economics, tells you that when you create more money it becomes worth less.

Still, no one listened. Most of Washington dismissed Massie, Paul and the few others who predicted the inflation we are dealing with today.

So, it was quite surprising on Sunday morning when I watched brand new, apparently, Austrian Economist Democrat Rep. James Clyburn say on CBS News’ Face the Nation, “All of us are concerned about these rising costs. And all of us knew this would be the case when we put in place this recovery program.”

You did? Because I don’t remember you or other Democratic leaders warning about inflation due to exorbitant federal spending. Y’all said Putin did it. Then Clyburn with the kicker, “Any time you put more money into the economy, prices tend to rise.”

I instantly imagined Massie and Paul shouting: ‘Yeah, no s***!’

Host Margaret Brennan later played the Clyburn clip for her guest, House Speaker Nancy Pelosi, Pelosi would not cop to the basic economic truth Clyburn had just explained. She talked about everything BUT federal spending being the primary root cause of rising costs.

PELOSI ON INFLATION: “We have to change that subject.”

Earlier in her interview, Pelosi even said, “when I hear people talk about inflation… we have to change that subject. Inflation is a global phenomenon — phenomenon.”

What?!? Well, she’s right in one sense. In any nation where they just print money, inflation happens!

Inflation is not slowing because inflation is always and everywhere a monetary phenomenon.
Spoiler: the article doesn't mention the enormous amount of new money that has been injected into the economy over the past several years. https://t.co/dtq7DYLFoL

“Inflation is an expansion of the money supply that generally leads to higher prices.”

Money supply (M2) increased at a historic pace over past 3 yrs. Inflation is not a mystery. https://t.co/SLWIGO8sio

The inflation that every American is touched by right now is going to be a major factor in determining the outcome of the midterm elections in two weeks. It’s no surprise that Democrats would want to change the subject.

But both Republicans and Democrats are to blame for the current inflation that is hurting everyone. This should never be forgotten.

I know at least two guys who won’t. 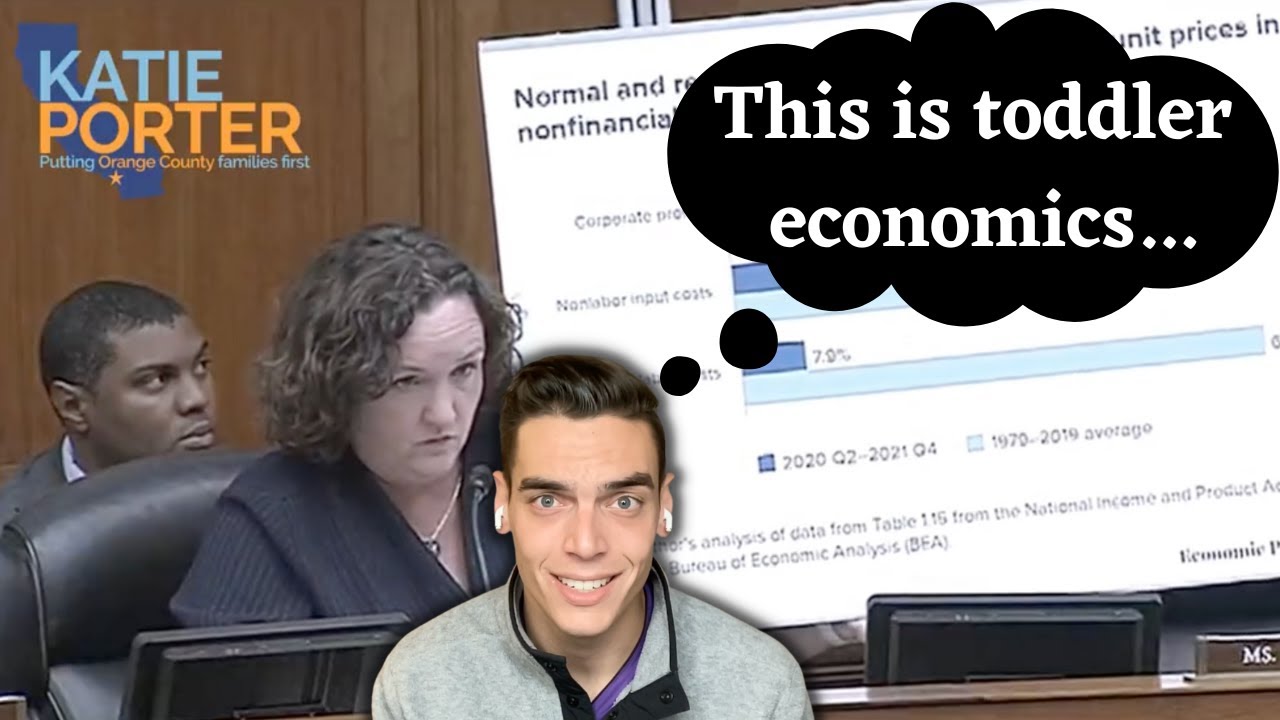