YIKES: We now have more armed federal bureaucrats than US marines, investigation finds

When Congress authorized $80 billion this year to beef up Internal Revenue Service enforcement and staffing, Republican House Minority Leader Kevin McCarthy invoked the language of war to warn that “Democrats’ new army of 87,000 IRS agents will be coming for you.”

A video quickly went viral racking up millions of views, purporting to show a bunch of clumsy bureaucrats receiving firearms training, prompting alarm that the IRS would be engaged in military-style raids of ordinary taxpayers. The GOP claims were widely attacked as exaggerations – since the video, though from the IRS, didn’t show official agent training – but the criticism has shed light on a growing trend: the rapid arming of the federal government.

A report issued last year by the watchdog group Open The Books, “The Militarization of The U.S. Executive Agencies,” found that more than 200,000 federal bureaucrats now have been granted the authority to carry guns and make arrests – more than the 186,000 Americans serving in the U.S. Marine Corps. “One hundred three executive agencies outside of the Department of Defense spent $2.7 billion on guns, ammunition, and military-style equipment between fiscal years 2006 and 2019 (inflation adjusted),” notes the report. “Nearly $1 billion ($944.9 million) was spent between fiscal years 2015 and 2019 alone.”

The watchdog reports that the Department of Health and Human Services has 1,300 guns including one shotgun, five submachine guns, and 189 automatic firearms. NASA has its own fully outfitted SWAT team, with all the attendant weaponry, including armored vehicles, submachine guns, and breeching shotguns. The Environmental Protection Agency has purchased drones, GPS trackers, radar equipment, and night vision goggles, in addition to stockpiling firearms.

A 2018 Government Accountability Office report noted that the IRS had 4,487 guns and 5,062,006 rounds of ammunition in inventory at the end of 2017  – before the enforcement funding boost this year. The IRS did not respond to requests for information, though the IRS’ Criminal Investigation division does put out an annual report detailing basic information such as how many warrants the agency is executing in a given year.

Yet more than a hundred executive agencies have armed investigators, and there doesn’t appear to be any independent authority actively monitoring or tracking the use of force across the federal government.

When asked about the need for such lethal material, agency officials typically speak only in general terms about security concerns. Agencies contacted by RealClearInvestigations from HHS to EPA declined to provide, or said they did not have, comprehensive statistics on how often their firearms are used, or details on how they conduct armed operations.

“I would be amazed if that data exists in any way,” said Trevor Burrus, a research fellow in constitutional and criminal law at the libertarian CATO Institute. “Over the years of working on this, it’s quite shocking how much they try to not have their stuff tracked on any level.”

Abigail Blanco, an economics professor at the University of Tampa, and the co-author of “Tyranny Comes Home: The Domestic Fate of U.S. Militarism,” told  RCI that the militarization of the federal government appears to track closely with the increased militarization of local police.

Blanco cites data in her book from criminologist Peter Kraska, who found that about 20% of small-town police departments had SWAT-style teams in the mid-1980s, deployed about 3,000 times annually. After the creation of a federal program in 1997 to arm local police with surplus military equipment, about 90% of small-town police departments had SWAT teams by the early 2000s and those units were being deployed 45,000 times annually. Current estimates suggest those SWAT teams are deployed as many as 80,000 times a year.

By and large, the arming of the federal bureaucracy is a relatively recent phenomenon: Some 74,500 federal agents had firearm authority in 1996, a number that has nearly tripled since then. Some of the increase is due to agencies taking responsibility for the security of their own buildings. The Department of Veterans Affairs, for example, did not have a police force in 1995, but by 2018 it had nearly 4,000 armed officers, mostly dedicated to guarding the agency’s hospitals and other medical sites.

“We can all understand the dangerous world out there,” said Adam Andrzejewski, the  CEO of Open The Books – and thus, he said, the need for some heavy weaponry in the Departments of Homeland Security and Justice. “But some of these other agencies, like Health and Human Services, they’ve got machine guns?”

Andrzejewski said that when he asked HHS about its arsenal, the agency spoke only in general terms about the dangers employees faced. It did not detail an increase in threats or provide specific examples of cases where such weapons would be required.

“Our investigations often involve undercover work, surveillance, as well as arrest and search warrants,” the agency said in a statement to Open The Books. “Our special agents have confiscated hundreds of firearms and arrested individuals who had direct access to firearms and other weapons. In order to keep our agents safe and allow them to do their jobs effectively, we use typical law enforcement equipment, including firearms and ballistic vests.”

All that weaponry raises questions about whether the 200,000 armed federal agents are getting adequate weapons and safety training. HHS did not respond to a request to comment on the $14 million in guns, ammunition, and military equipment it purchased between 2015 and 2019 or its new National Training Operations Center within the Washington, D.C. Beltway. There’s also another government agency – Federal Law Enforcement Training Centers – with locations in six states. That agency also declined to speak with RCI for this article.

According to Burrus of the Cato Institute, recent history helps explain the militarization of the federal government. “This is 20 years of the war on terror, with the production of an excessive amount of access to weaponry,” he says.

The Homeland Security Act of 2002 extended law enforcement authority to special agents of 24 Offices of Inspectors General in agencies throughout the government, with additional provisions to enable other OIGs to qualify for law enforcement authority. Though OIG offices are often thought of as being responsible for policing internal corruption at executive agencies, they are also tasked with conducting external criminal and civil investigations regarding the use of agency resources.

As a result, even obscure agencies such as the U.S. Railroad Retirement Board’s Office of Inspector General now have armed federal agents. This summer, before the expansion of the IRS was approved by Congress, Republican congressman Matt Gaetz specifically singled out the RRB as an example of the excesses of an armed bureaucracy when he introduced a bill to stop federal agencies from stockpiling ammunition.

The Railroad Retirement Board was the only federal agency to respond to RCI’s requests for comment for this article. Jill F. Roellig, a manager and program analyst at the RRB in Chicago, countered that the agency distributes $13 billion in retirement and health benefits each year. “As you know, with government payments, there’s fraud associated with it, and our job is to investigate those types of fraud cases,” she said. “[RRB agents] execute search warrants, do surveillance, they interview targets, they make arrests, they do all types of things that law enforcement agencies do in order to do oversight and fight fraud in the RRB’s programs. It’s a national program, as well.”

Still, federal agencies doing their own criminal investigations raises important constitutional and civil rights questions that have never really been addressed. Last year, the Environmental Protection Agency raided a number of small auto shops across the country for allegedly selling equipment that helped car owners circumvent emissions regulations. The auto shop owners say that the emissions equipment they were installing was part of the process of turning street legal cars into vehicles that are solely dedicated to being used on racetracks – an activity that’s not necessarily illegal.

“It was 12 armed federal agents, and they had little EPA badges on and everything,” John Lund, the owner of Lund Racing in West Chester, Pennsylvania, told the Washington Examiner. “They had a search warrant for conspiracy to sell defeat devices. They basically went around the building, and they did forensics — physical forensics, digital forensics on the laptops, and we were compliant.”

The EPA’s aggressive enforcement of emissions standards for race cars, resulting in at most civil fines, prompted Republican Rep. Patrick Henry of North Carolina to introduce the RPM Act (short for Recognizing the Protection of Motorsports Act) to clarify the legality of emissions rules on race cars. The bill attracted 133 co-sponsors – including 30 Democrats.

The bill was first introduced in 2016, when a House oversight committee held a hearing titled “Racing to Regulate: EPA’s Latest Overreach on Amateur Drivers.” Six years later, the RPM Act is still languishing in Congress – prompting a visit from racing legend Richard Petty in July to lobby for the bill.

The EPA did not respond to a request for comment, but last year the agency issued a brief statement defending the raids on the auto shops: “Our agents are necessarily armed when they investigate persons alleged to have knowingly violated the law, and our investigations are often conducted in the company of local/state law enforcement and pursuant to judicially approved subpoenas.”

While it’s hardly a new complaint that federal bureaucracies are overstepping their rulemaking authority and usurping congress’ legislative powers, the idea that executive agencies are broadly empowered to effectively create their own laws and go out and enforce them with armed federal agents is another matter.

“So many of the regulations that can be enforced at the point of a gun have almost nothing to do with what people would normally call dangerous crime, that would be the kind of thing where you might want armed agents there,” said Burrus. “And especially coming from agencies such as the EPA and other agencies that are more quality-of-life agencies dealing with regulatory infractions, rather than involved in solving real crimes.”

Critics say allowing federal agencies to perform their own law enforcement removes an important layer of accountability that existed when unarmed federal investigators were forced to cooperate with local authorities.

“If there’s a dispute the EPA has with a rancher where they want to come in with armed agents, you’re much better off coming in with a local sheriff who is probably familiar with the person in the situation,” says Peter Schweizer, president of the Government Accountability Institute. “With the sheriff you have an independent person if something goes wrong. Otherwise, you’re taking the word of this government agency, where the law enforcement mechanism is the same as the bureaucracy that’s alleging the violations. It’s a real opportunity for damaging people’s rights in a major way.”

This article was originally published by RealClearInvestigations and made available via RealClearWire. 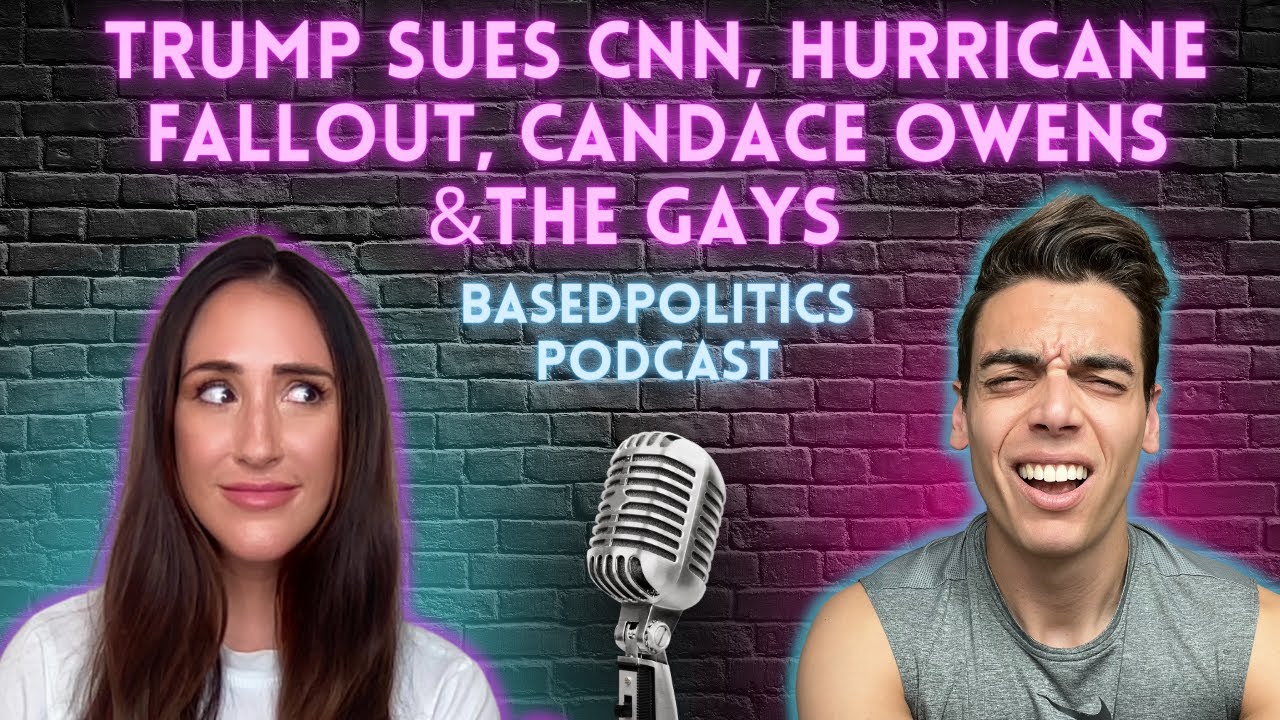