Tucker Carlson is right: We should be very, very concerned about a potential nuclear war

Russian President Vladimir Putin has threatened to use nukes and US officials have too, yet it has garnered little more than light chatter in the media. Have we gone completely mad?

When I was in elementary school, I vividly remember the TV movie The Day After. It was a fictional story about a nuclear war between the United States and the Soviet Union over NATO. Over 100 million Americans watched it in 1983. It was later broadcast in Russia in 1987.

The movie depressed President Ronald Reagan and helped drive him to curtail nuclear proliferation. I remember being scared after watching it in the second grade and many adults buzzing about it.

Since the 1950s and throughout the Cold War, the specter of nuclear war haunted American, European, and Russian psyches, as a real possibility that could literally mean the end of humankind. All over contemporary political squabbles.

Today, it feels like we are closer to nuclear war with Russia than at any other time in my adult life. Over Ukraine. Russian President Vladimir Putin has threatened it. Prominent former U.S. officials casually discuss nuclear strikes as an “option.”

And nobody seems to give a crap!

In the ‘80s we couldn’t stop thinking about it. Worrying. Making TV movies about it. Presidents taking action over it.

One of the few places I have found the appropriate level of alarm over this was Tucker Carlson’s Fox News program on Monday night. On it, independent journalist Glenn Greenwald accurately laid out the reason for the establishment media’s disinterest in this issue. And why people are hesitant to talk about it.

Glenn Greenwald @ggreenwald: "The consensus in Washington is that we are closer to the use of nuclear weapons than at any time since the Cuban Missile Crisis … And over what? Over who governs and rules not even Ukraine, but the Donbas." pic.twitter.com/MCAH8EmOfL

Zelensky: why do you love Putin and hate Ukraine

This is exactly what is wrong with UKR discourse. @elonmusk puts forth a bitter diplomatic solution for the conflict in lieu of nuclear war and Zelensky accuses him of support Russia for even suggesting it. The media/foreign policy elite will now parrot the Zelensky position pic.twitter.com/dhs48fKRGz

Prior to his interview with Greenwald, Carlson laid out what a nuclear war would actually mean for everyday people living in the U.S., starting with President Joe Biden’s and the Left’s insane call for Russian regime change (how did that work out last time?)

“Consider their own descriptions,” he continued. “For years, Democrats and the defense establishment they control have told us that Vladimir Putin is crazy and evil and he may be. Let’s assume it’s true. They’ve said it.”

“Is that the man you want to publicly threaten with extermination?” Carlson asked.

“This is the man who controls more than 6,000 nuclear warheads,” he added. “So, if you push him hard enough, why wouldn’t he use those nuclear weapons? Well, by their own description of him, he would.”

SpaceX’s out of pocket cost to enable & support Starlink in Ukraine is ~$80M so far. Our support for Russia is $0. Obviously, we are pro Ukraine.

Trying to retake Crimea will cause massive death, probably fail & risk nuclear war. This would be terrible for Ukraine & Earth.

Carlson then detailed the utter devastation a nuclear war would unleash.

“We would have a nuclear war, but let’s say, as a best-case scenario, you’re able to kill Vladimir Putin before he could launch those 6,000 odd missiles against the United States or any other country,” the host posited. “Where would that leave Russia, the country he controls?”

“Russia is not Iraq,” Carlson noted. “Russia represents an eighth of the world’s total landmass. It is a huge country in a highly fractious country with a large and very restive Muslim population. So, that’s true. Just for one second, what are the chances that in the ensuing chaos, which we are forcing on Russia in that chaos, what are the chances that one of those 6,200 nuclear weapons might wind up in the hands of someone who is truly crazy and dangerous to us and to the world? Well, let’s see.”

The crazy thing about US policy to Ukraine is how Americans were fine with Russia invading Ukraine and then just a few years later decided its defense is worth risking nuclear war.

The Fox News host’s Iraq War fallout comparison continued, “What happened to Saddam Hussein’s stockpiles of conventional weapons after American forces captured Saddam Hussein in Tikrit in December of 2003 and changed the regime there? Well, lots of Americans died and the country split apart. So, multiply that outcome times infinity and you understand what our leaders are proposing here and just how deranged they are and they should know better because they’ve done this before, but they learned nothing.”

Carlson later added, “This is true lunacy. An entire country ignoring, led by its leaders, leaders who specialize in ignoring the things that matter, imminent catastrophe. That’s not an overstatement. This is not the inflation rate ticking up two points or a loss of 15% of your 401k… this is a nuclear war.”

He later emphasized, “If you live in a big metro area, there’s not anything you’re going to do during a nuclear exchange because you’re going to be dead along with most other Americans. The overwhelming majority of Americans will be dead and those who survive will starve to death because all agriculture will be destroyed, along with billions of people around the planet.”

“So, it’s time to update your assumptions about the technology here,” Carlson warned. “These are not the bombs that flattened Nagasaki. They are incalculably more powerful. You hit New York, you take out Miami.”

Also worth noting that a possible, albeit unlikely, outcome from this conflict is nuclear war

There are few things I detest more than fear-mongering. To get clicks. To get ratings. To get attention. To make war. Fear-mongering over Saddam Hussein’s imagined capability to use non-existent weapons of mass destruction caused so much needless havoc and death two decades ago.

But however you feel about Tucker Carlson, his Monday night rant was not that. It was a sincere—and much-needed—warning to his large audience that right now major world powers with actual weapons of mass destruction are casually threatening to use them to end the world.

And hardly anyone is talking about it. 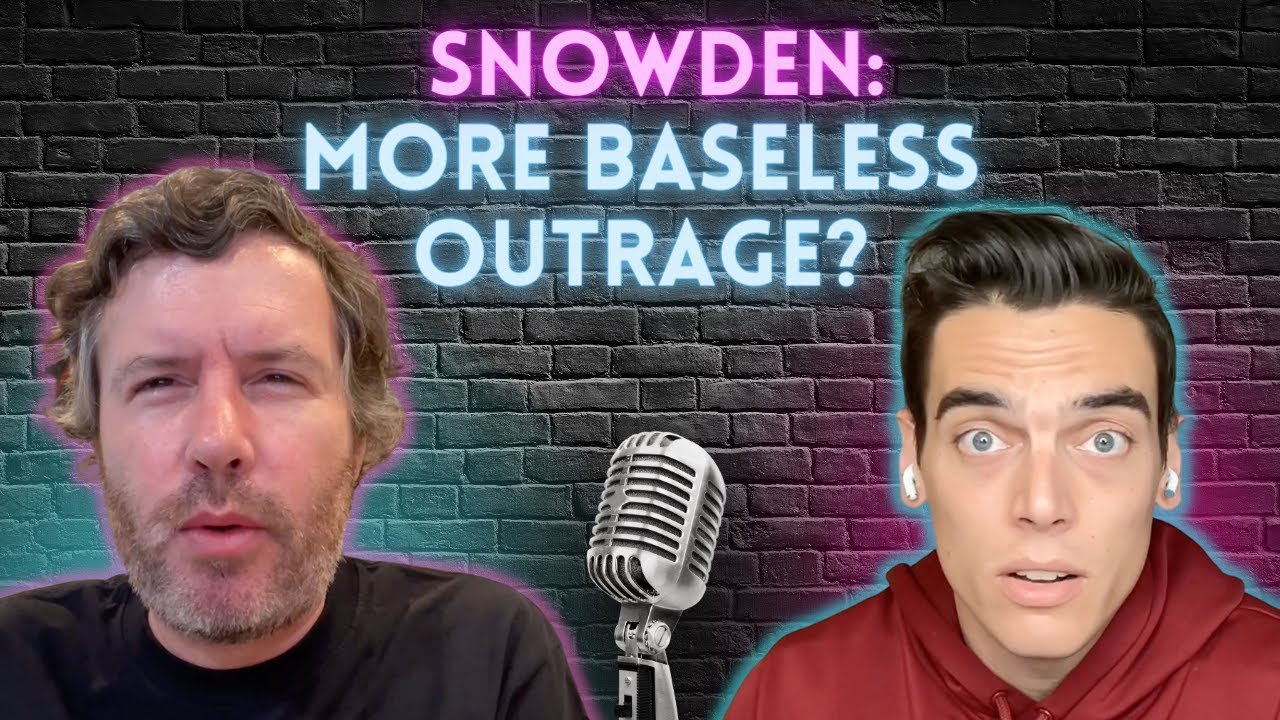