After more than two years, the rollout of effective vaccines for all who want them, and much anguish, the public has moved on from COVID-19.

Although the virus tragically continues to take lives, some degree of COVID-19 prevalence is likely our new normal, hence why just 1% of voters now list COVID-19 as their priority issue. It no longer even ranks in the top 10.

Compare how Americans feel to the priorities of MSM journalists and wow… https://t.co/WnoR3dYqIr

But the Biden administration is simply unwilling to let go of the emergency — and its “emergency” powers. The president is reportedly planning on extending the pandemic emergency declaration, originally implemented in January 2020 under former President Donald Trump, yet again after it was set to expire on July 15.

Why extend the declaration even though the “emergency” is clearly long over?

Well, the White House says it’s doing this, in part, to preserve essential regulatory exceptions implemented under emergency authorization, such as increased telehealth availability and the approval of vaccines and treatments under emergency use authorizations. And those are indeed important reforms. But, according to the Wall Street Journal, the Biden administration could preserve them all using other executive authorities even if the president did allow the emergency powers to lapse.

The real reason this White House won’t give up its “temporary” emergency powers is much more sinister — and partisan. It’s simple: The forever-emergency status quo is allowing them to keep millions of ineligible people on welfare programs such as Medicaid and food stamps.

“In March 2020 Congress barred states from kicking ineligible people off Medicaid rolls during the emergency in return for more federal funding,” the Wall Street Journal editorial board explains. “Medicaid enrollment has ballooned to 95 million — 30% of Americans are now enrolled — from 71 million in December 2019.”

“Another reason: Congress in March 2020 suspended food-stamp work requirements during the emergency and sweetened benefits in states that maintained their own declarations,” it continues. “As of April, 41.2 million Americans were receiving food stamps — an average of $228 monthly per person — which is about 4.4 million more than before the pandemic.”

We can have a broader debate about the vast welfare state, but we’re all supposed to agree that legally ineligible people shouldn’t be receiving taxpayer dollars. Yet clearly, many are. According to the Foundation for Government Accountability, 20% — yes, 1 in 5 — of Medicaid dollars are improperly spent. (And that was before the pandemic and all these rule removals.)

So, it’s entirely safe to say that by preserving the emergency declaration, President Joe Biden is keeping millions of legally ineligible people plugged into the welfare state. This is costing taxpayers countless billions, and the White House is only able to get away with it because of its abuse of the emergency powers.

But waiting on a branch of government to cede an expansion of its powers voluntarily is often a fool’s errand. As Nobel Prize-winning economist F.A. Hayek once put it, “‘Emergencies’ have always been the pretext on which the safeguards of individual liberty have been eroded — and once they are suspended it is not difficult for anyone who has assumed emergency powers to see to it that the emergency will persist.”

So, we can’t simply hope for this problem to go away on its own. Biden will not cede his “emergency” powers any time before the end of his term unless the public rises up and demands that he does. Until we do, the president’s continued abuse of his authority will keep bleeding taxpayers dry.

WATCH: We Gave Away $2 Gas (The Reaction Was Priceless) 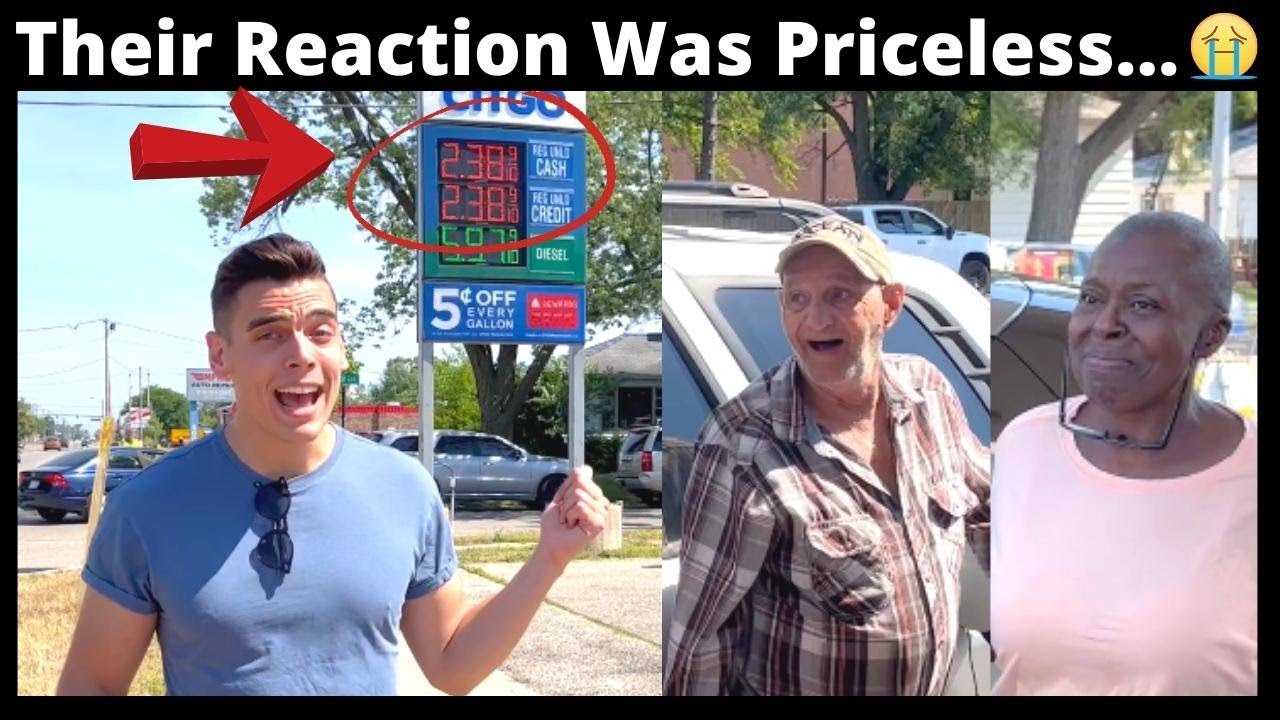