The president isn't entirely to blame, but he has made things much worse.

Is Biden to Blame for High Gas Prices?

The White House has tried to deflect blame for the insane surge in gas prices onto Russian President Vladimir Putin’s invasion of Ukraine. And, to be fair, gas prices are definitely not completely within any president’s control. They absolutely are influenced by global factors, and the disruption in the global energy market caused by Putin’s invasion certainly has contributed to higher prices.

But Biden isn’t off the hook. Gas prices started rising long before the invasion, and the president still has direct responsibility for how his policies have contributed to this problem.

Here are three specific things Biden has done that have led to increased gas prices.

Since taking office, Biden has taken too many steps to count to limit domestic production. These include halting federal permits for oil and gas drilling and leasing shortly after taking office and blocking drilling in a major oil-rich Alaskan region.

To be clear, these decisions will mostly affect future production. But that does still significantly affect gas prices because companies factor in their expectations about the future into the decisions they make today.

“At a day-to-day level, I am hearing from drillers that they are having a very hard time getting all the approvals they need from [the Environmental Protection Agency] and other agencies in order to produce on existing wells, and of course, new federal leasing has come to a halt,” Lieberman added.

It’s just basic economics that when the government throttles future supply in an industry, that will lead to higher prices both now and in the future. Biden was warned by many critics at the time that this would happen, but he proceeded anyway.

Speaking of basic economics, it’s well established that when businesses’ costs rise, that puts upward pressure on the prices they charge consumers. The oil and gas industry is no exception.

And unfortunately, the Biden administration has both proposed and implemented a wide array of regulations on the energy sector, inflicting billions in direct financial costs and incalculable indirect compliance costs — plus further harming expectations for the future.

“The regulatory chokehold imposed by the Biden administration on oil production in place of a Green New Deal has drastically raised gasoline prices, thereby hurting lower-income people the most,” said conservative economist Vance Ginn, who served in the Trump administration.

“This is yet another example of the high cost of big-government environmentalism when the better approach is to remove government barriers so that free markets can better let people adapt to changes in the environment at a much lower cost,” Ginn concluded.

Rhetoric matters. While words don’t literally do anything to change gas prices, the signals coming from policymakers absolutely do affect the long-term investment decisions businesses make.

And even as a presidential candidate, Biden sent very negative messages about what his leadership would mean for the gas industry.

In just one example, as Americans for Tax Reform pointed out, Biden said during a campaign stop: “We are going to get rid of fossil fuels. … We’re going to phase out fossil fuels.” Then, upon taking office, the president followed these words with actions such as canceling the Keystone XL pipeline, blocking leases, restricting imports, and pursuing regulations.

In general, Biden’s open hostility toward the oil and gas industry has almost certainly curbed investment into production that otherwise would’ve occurred.

“Such extinction rhetoric, coming from the now-president, has an unprecedented chilling effect on investment,” Lieberman said. To put it simply, less investment means less supply — which means higher prices.

It’s absolutely true that our high gas prices aren’t entirely Biden’s fault. But the president is not the helpless bystander his defenders would have you believe.

WATCH: Gas Prices & Inflation: What Biden Has (Specifically) Done to Make It Worse 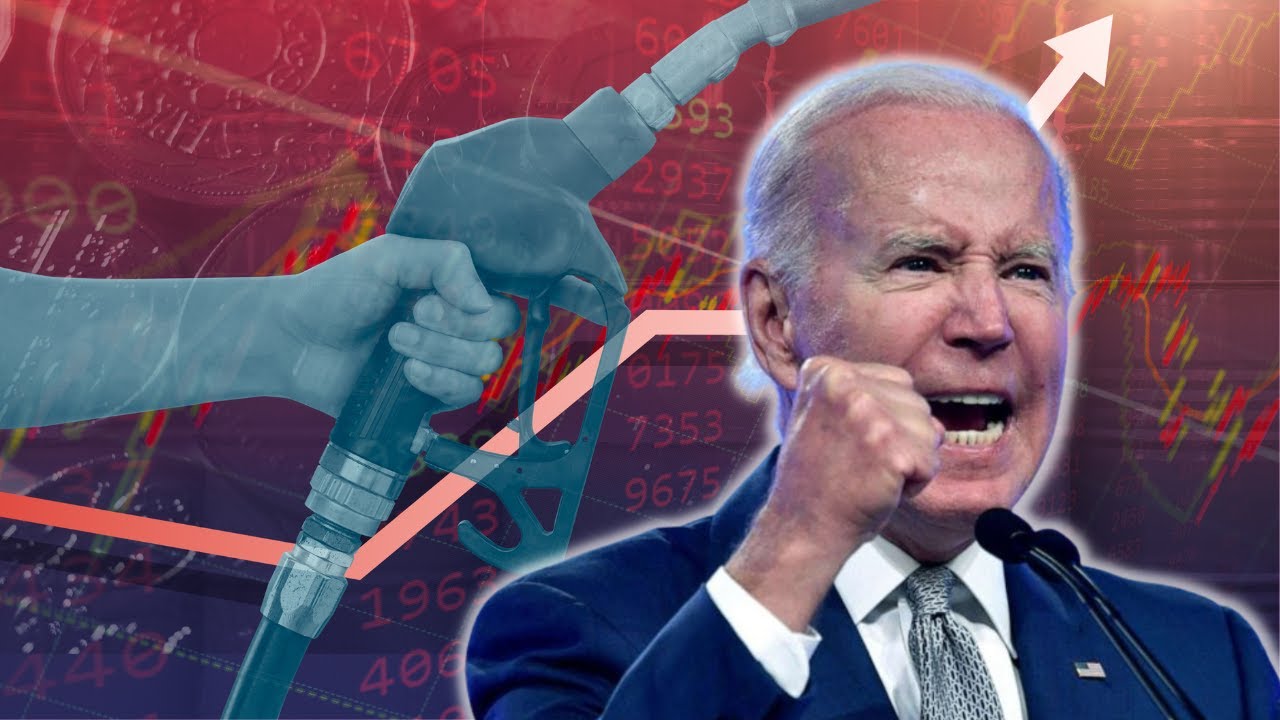