Florida Agriculture Commissioner Nikki Fried has done something unusual for a Democrat. She’s suing the Biden administration over what sure looks like a pro-gun measure.

In particular, she’s suing to overturn a federal prohibition against gun ownership for those who use marijuana in accordance with state law.

This is a legitimate problem, to say the least. I’ve written about it here at Based Politics previously. As things currently stand, someone who uses marijuana in compliance with state law will still run afoul of federal law.

Fried’s lawsuit seeks to change that.

To be sure, this is a good thing and I sincerely hope Fried is successful in this. However, I don’t think it’s particularly cynical to note how this sure looks more like a political stunt than a heartfelt belief in the rights of individuals.

First, there’s the fact that Fried isn’t really known for being pro-gun. In fact, when she announced her intention to run for governor, gun control was one of her key issues. While her campaign site is lacking in her position on a variety of issues, it does tout her support of a lawsuit to overturn the state’s preemption law—a law which forbids local governments from passing gun control laws—as one of her accomplishments.

This is not something Second Amendment advocates would consider a good thing, nor would they consider someone who thinks so as “pro-gun.”

Next, we have to look at the date when this was reported.

That’s right, this breaks on 4/20, a date closely associated with marijuana rights and use in the United States. Her move was likely to make a lot of noise because of that timing.

In other words, she’s losing on all counts and needs to make a splash.

But picking this particular hill to defend, Fried may well be hoping that she can burnish her pro-marijuana credentials while also appearing to be better equipped to attract people from across the whole political spectrum.

After all, this move could be described as being pro-gun from a certain perspective.

The question is, will it work?

If that’s her goal, it’s not going to go the way she wants it to. While the pro-marijuana angle is likely to play well with left-leaning voters, it remains to be seen if it will be enough to lift her over Crist.

With DeSantis in the general election, though, it’s unlikely to make much of a difference.

After all, while pro-gun voices may agree with Fried’s move, they’re not likely to remember her previous comments regarding gun control. They’re not going to forget that Democrats throughout the nation have also taking a stance favoring gun control.

Then there’s the fact that most of them support DeSantis outright and aren’t looking for a new candidate.

So while I applaud the move, the more cynical side of me sees this as nothing but a stunt; a stunt that won’t accomplish what it may well be intended to do. 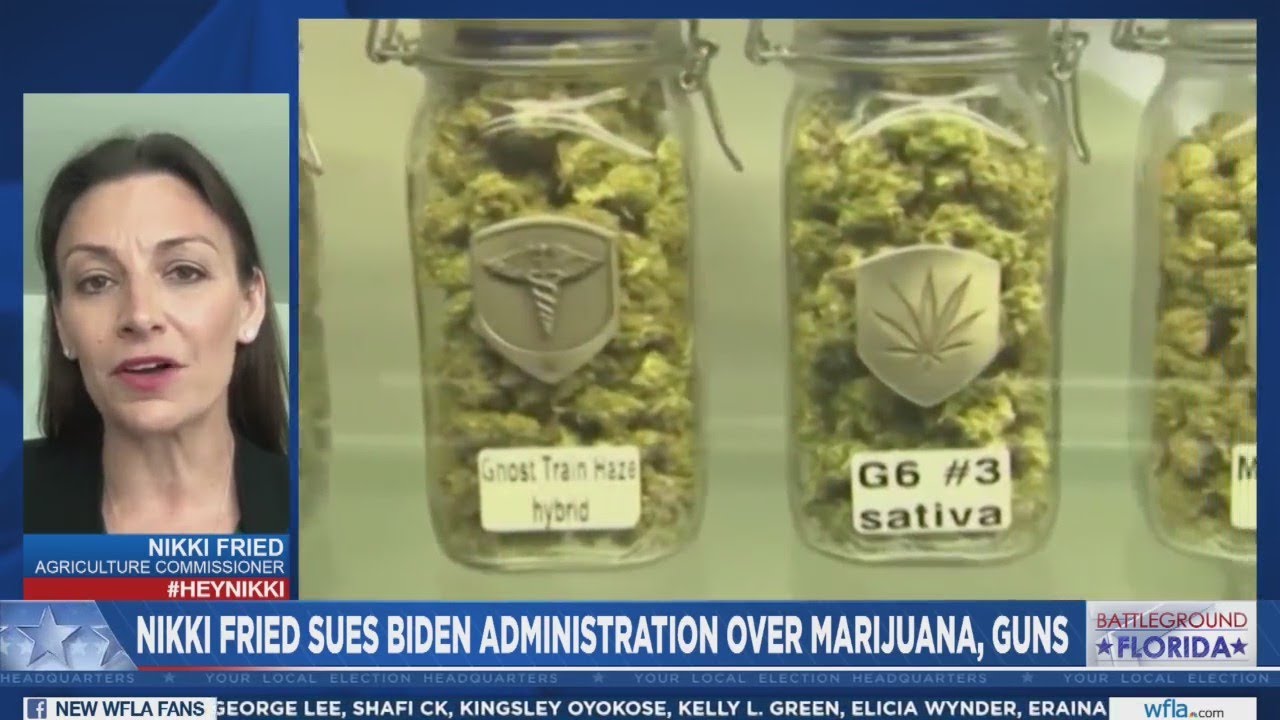