He’s applying the right policy, but for the wrong reasons.

There’s a storm brewing down in Florida. This week, during a special legislative session originally called to address Congressional redistricting, Florida Republicans are turning their attention instead to Disney—the state’s most famous and most powerful corporation.

On Tuesday, Governor Ron DeSantis and other Republican lawmakers called for Disney to be stripped of its self-government power and for the termination of all special districts enacted before 1968 in the state.

A New Chapter in the DeSantis/Disney Feud

Shortly after Walt Disney’s death in 1966, Florida lawmakers granted the company the establishment of the Reedy Creek Improvement District, to govern property that would eventually become Disney World. Under this agreement, Disney has the authority to regulate their own water, power, and emergency services on their property. According to DeSantis, they’re even allowed to build their own nuclear power plant under the agreement.

So, by looking to target special districts formed before 1968, Florida lawmakers are seeking to explicitly target Disney’s arrangements while leaving other such agreements in place. Put simply, this is the government directly targeting a private business—in a way that likely violates the Constitution.

Disney has long enjoyed a….cozy….relationship with Florida politicians, donating large sums of money to their campaigns and wielding a powerful lobbying arm in exchange. But they recently announced they would halt these donations in the wake of a controversial law passed by the Florida legislature known popularly as the “Don’t Say Gay” bill. (Supporters say this name is inaccurate and it’s really just parental rights legislation.)

The law has ignited a firestorm in the culture war due to its provision that bars “classroom instruction” regarding sexual orientation and gender identity in K-3 schools. (It also requires any such instruction in grades 3-12 to be “age-appropriate,” whatever that means). Those on the Left argue it is an anti-LGBTQ law and those on the far right argue it prevents teachers from “grooming” children or engaging in “woke indoctrination.”

The truth is likely somewhere in the middle. While some left-wing activist educators have certainly crossed the line and introduced sexual topics to children far too young for these conversations, this law goes far beyond merely addressing those concerns.

The legislation is an overly-broad bill with a lot of subjective terminology, and it has the potential to impact the kinds of mental health services children receive. It also raises questions like, could a teacher mention a child’s gay parents or their own same-sex spouse in passing? These questions will have to be ultimately determined through litigation since the law is very vague.

Disney received much public pressure (market pressure, it’s worth emphasizing) to speak out against the bill, and its own workers mobilized for such action as well.

But in response to Disney’s stance and comments on the legislation, Ron DeSantis and other Republican lawmakers are seeking retaliation against the company—and they’re quickly betraying limited government and free-market principles in order to do it.

Why Is This A Problem?

Disney has benefitted greatly off the backs of taxpayers. Not only has the company been given special governing powers as discussed above, but it receives an immense amount of corporate welfare as well.

There’s nothing free-market about the practice of corporate welfare. In fact, it is a direct attack on the values of capitalism—allowing the government to pick winners and losers in the market, shielding large corporations from competition, and creating a corporatist political dynamic that overrides the will of the people in a constitutional republic.

All that to say, any actual supporter of free markets would have been seeking to strip Disney and all similar companies of their special favors decades ago.

Instead, we see that Florida Republicans were happy to give the company special treatment… just so long as they were collecting a check and the company held the same political beliefs as they did. Now, when Disney disavows them, they want to retaliate by revoking privileges. That is corrupt, plain and simple.

Furthermore, the proposed actions, if taken by Florida lawmakers, would likely violate the First Amendment. Here we see a group of lawmakers taking explicit action to harm a company in retaliation for statements it made on a piece of legislation and decisions it made over how to express its views.

In Citizens United, the Supreme Court held that political spending is a form of free expression and therefore constitutionally protected as free speech. (A very correct ruling based on any plain reading of the First Amendment). What’s more, in a famous case called O’Hare Truck Service, Inc. v. City of Northlake, the Supreme Court ruled 7-2 that local governments cannot revoke benefits—even privileges businesses have no inherent right to—in retaliation for a company’s political opposition.

This is notably not the first time in the past year that Republican lawmakers in Florida have sought to target the free speech of companies politically opposed to them. They also recently passed a law that would target social media companies for kicking politicians off their platforms. Of course, so far, the courts have not allowed this law to take effect.

While we’d have to wait for the specific case to be litigated, it sure seems like DeSantis’s retaliation against Disney similarly runs afoul of the First Amendment. That’s not acceptable. True believers in limited government and the Constitution must support free speech principles for all, even their political opponents—and betraying these principles to punish opposition undermines them for when we need them to protect us in the future.

Lastly, Florida politicians seem to be considering legislative action that would explicitly target Disney’s special districts in the state. Notably, other special districts (like the Florida Villages and others granted after 1968) would remain intact. That would appear to be a violation of the 14th Amendment and its requirement for equal application of the law as well.

Governor DeSantis’s office sent BASEDPolitics a statement after this article was published, and in the spirit of fairness and letting readers decide for themselves, we want to include it.

“The governor has consistently supported a more even, fair playing field for all businesses in Florida,” DeSantis’s office said. “It is not ‘retaliatory’ to pass legislation that allows all corporations to do business on a more even playing field.”

“It was unfortunate that Disney decided to wade into a political debate and attempt to overturn a common-sense law, enacted by a duly elected legislature and signed by a duly elected governor, with the support of the vast majority of Floridians,” the statement concludes.  “In fact, it was Disney that ‘retaliated’ by publicly vowing to ‘repeal’ or have the law ‘struck down.'”

I’m Not Buying It

It’s worth reiterating here that only agreements made before 1968 are being reviewed. Given the timing of these actions, and the fact that Disney’s arrangement just so happens to have been formed in 1967, I’m not buying the notion that this isn’t a retaliatory act.

However, I would agree with the governor’s office that all cronyism and special favors are wrong and hope to see the DeSantis administration work to eliminate all such agreements, no matter what the political affiliations of the companies may be.

Ayn Rand once said, “The difference between a welfare state and a totalitarian state is a matter of time.” While just one incident in themselves, the actions of Florida lawmakers are another small step along that trajectory. We see time and time again that once the government begins to give companies corporate welfare, it then believes it has the right to control them. (The same is true with individuals as well).

So, the retaliatory efforts of Ron DeSantis and other Florida lawmakers against Disney are almost certainly unconstitutional, and deeply concerning regardless. But the door was opened by the corrupt relationship Disney held with the state government for decades. Maybe next time, businesses should think twice before getting in bed with the government.

Editor’s Note: This article was updated post-publication to include a statement from Governor DeSantis and Hannah’s response. 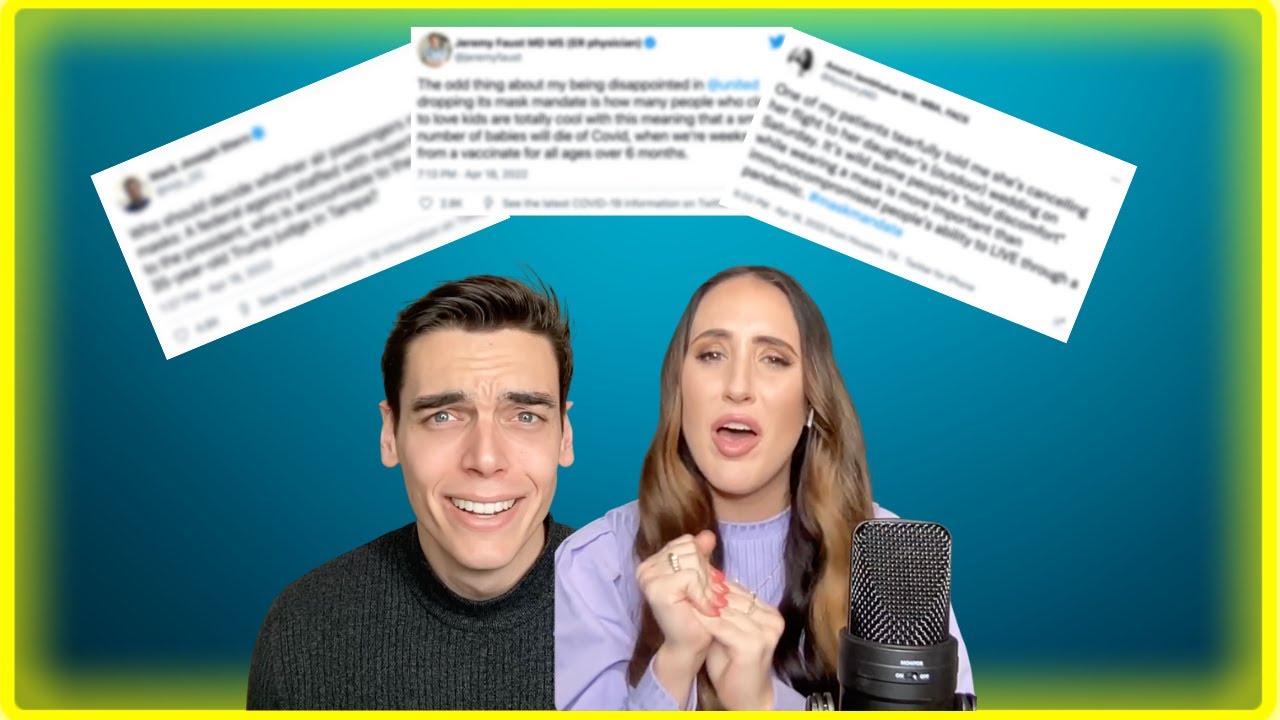