It says everything that we got more criminal justice reform under Trump than we have under Biden so far. 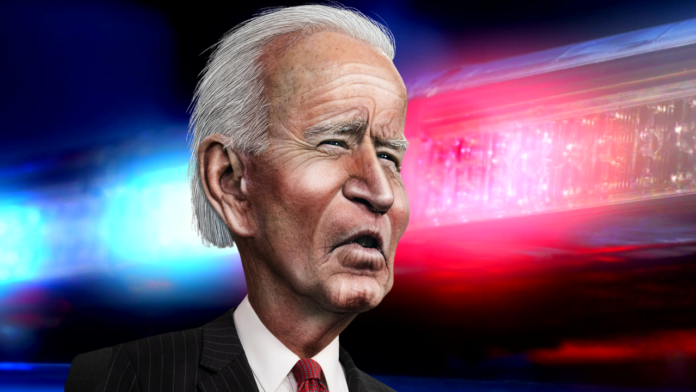 Many were rightfully wary when Joe Biden ran for president on a platform of criminal justice reform. He is, after all, one of the primary architects of the failed “tough on crime” policies of the past three decades, which have only led to the world’s largest incarcerated population and flushed billions of tax dollars down the drain.

Of course, Biden was joined on the ticket by Kamala Harris, who had a similarly seedy history on these issues. Her standout accomplishments as a former prosecutor and California Attorney General were the vicious enforcement of drug laws and the blocking of exculpatory evidence in a death penalty case.

So, skeptics were right to suspect that these two may not be the best bets for the large-scale criminal justice reform most Americans believe we need.

And a year in, it sure looks like we were right. Despite Democrats having full control of the House and Senate, the Biden administration has failed to lift even a pinkie for criminal justice reform.

It makes absolutely no sense. These would have been easy, bipartisan wins as Republicans have increasingly championed the issue. Instead, the Biden administration wasted the past year trying to cram the crony “Build Back Better” multi-trillion-dollar spending bill down our throats, which they couldn’t even get all members of their own party on board with.

To make matters worse, Biden included a request for a $20.6 billion increase in spending for the Justice Department and police for the next fiscal year.

If granted by Congress, that money would go to expanding the very agencies and government officials carrying out the injustices in our system as we speak. That’s a huge slap in the face to anyone who supported Biden expecting him to live up to his promises of police reform.

And that’s not all. Recently, Biden publicly celebrated the passage of the Emmett Till Antilynching Act on Twitter:

I just signed the Emmett Till Antilynching Act into law — making lynching a federal hate crime for the first time in American history.

While this is literally the only advance in justice reform Biden could remotely point to under his tenure, it’s largely symbolic, no replacement for real reforms, and frankly, an absurd thing to congratulate oneself on.

Lynching has always been illegal because it is murder.

While it was true that in the early to mid-1900s police looked the other way or even participated in these actions, that does not mean it was ever legal to do so. What this bill does is merely stiffen the penalties for those who carry out murder in this manner by making it a “hate crime.”

Even the example of modern-day lynching Biden provided in his statements on the bill actually illustrates its redundancy.

“From the bullets in the back of Ahmaud Arbery to countless other acts of violence, countless victims known and unknown, the same racial hatred that drove the mob to hang a noose brought that mob carrying torches out of the fields of Charlottesville just a few years ago,” Biden said. “Racial hate isn’t an old problem. It’s a persistent problem.”

Not that I disagree, but Ahmaud Arbery’s murderers were convicted at both the state level and the federal level for hate crimes for their actions—before this new bill was passed.

This bill is nothing more than a way for Democrats (and Republicans) to virtue-signal while doing nothing about actual violence, injustices, or systemic racism. In fact, it does the opposite—stiffening penalties and increasing costly sentences instead of diverting those funds towards policies that actually make society safer.

Whatever Happened to Ending the Federal Death Penalty, Joe?

If Biden actually wanted to do something about systemic racism and modern-day lynchings, he would get rid of the federal death penalty. You know, like he promised to do during the campaign:

The death penalty is overrun with racial bias and wrongful convictions—making it the most prominent and pressing example of actual lynchings, which it must be pointed out, the government continues to cosign and carry out.

Even Trump Was Better On This

Joe Biden is literally doing worse on this issue than Donald Trump.

The former president had many flaws, but he also famously managed to pass the country’s first big criminal justice reform legislation (The First Step Act) in his first term, which led to relief for many people who were unjustly sentenced under archaic, immoral drug laws. (The laws people like Biden crafted.)

That Biden hasn’t managed to even match Trump’s level on criminal justice reform is inexcusable—and a complete betrayal on one of the few issues progressives actually sometimes get right.