The White House is submitting its defense budget request to Congress, and it’s expected to request yet another record-breaking budget increase for the Pentagon.

On this issue, most Republicans are just as profligate as Biden & company. Former President Donald Trump, for his part, requested a $752 billion defense budget in his last year in office.

Now, national defense is one of the core, few legitimate functions of the federal government. Some level of taxation and expenditure on defending the US from foreign invasion is obviously required. Yet the numbers being discussed here are obscenely high—and go far beyond what is necessary.

According to the Peter G. Peterson Foundation, the US spends more on defense than the next 11 countries—combined! 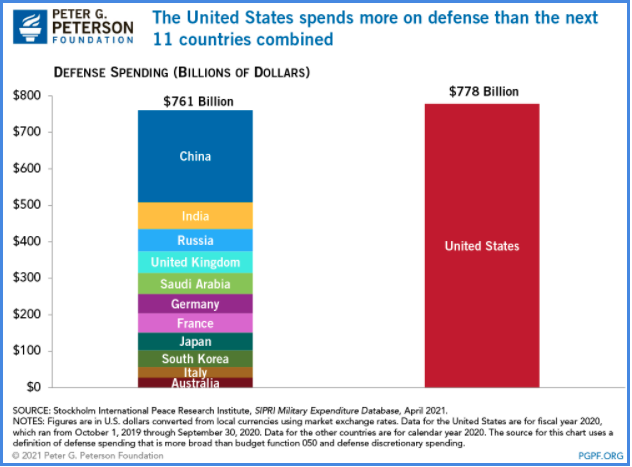 So, this latest budget request from President Biden isn’t merely a matter of keeping up with inflation. It’s a continuation of a long, wasteful, bipartisan trend of burning up taxpayer money to fill the Pentagon’s slush fund and the pockets of military contractors.