If you haven’t been “Keeping Up with the Kardashians” lately, you’ll be forgiven. Reality tv isn’t everyone’s cup of tea, and a few things more important than Kanye West and Kim Kardashian are going on in the world right now.

But in recent weeks, the developments in the divorce between Kim and Kanye have been increasingly hard to ignore—whether you’re in either of their fan bases or not. And for anyone who has lived through a break-up with an abusive ex, these events have been concerning to say the least.

Not everyone has experienced abuse, and for that I am thankful. But what is inexcusable are the numbers of people who refuse to learn when experts and survivors speak out, or who seek to downplay abuse when it is pointed to. Such has been the case in the Kardashian/West situation.

The Background on Kanye West and Kim Kardashian

Kim and Kanye were married in 2014 and had four children during that time. The relationship was always high profile, with fragments of their marriage shown on the family’s E! series and the rest often lived out online.

Around 2019, many began to notice tension between the two.

Kanye, who famously created Kim’s modern image and built her up as a style icon, became overly critical of her looks and controlling of her sexuality. Controlling behavior is one of the most persistent signs of abuse, and for the record, a person who wants to radically alter your appearance is always a red flag in the first place. But there were other signs of trouble long before that.

In 2017, Kanye confirmed a bipolar diagnosis, and in 2018 he made public statements (including on Twitter) about going off his meds for creative purposes. During this time, he also began to hitch his wagon to that of Donald Trump.

He made a bizarre appearance alongside the former president where he said (among many truly weird things): “So there’s a theory that – there’s infinite amounts of universe and there’s alternate universe so it’s very important for me to get [Larry] Hoover out, because in an alternate universe, I am him and I have to go and get him free.”

During that meeting, Kanye also advocated getting rid of the 13th Amendment (which prohibits slavery), and claimed he wasn’t actually bipolar, just sleep-deprived. Ok.

Kanye appeared to regress even more as time went on. In 2019, he publicly announced he was moving to Chicago—without alerting his wife. Then he did actually bounce on his family and moved to Wyoming in 2019, leaving Kim and the kids in their primary home in Los Angeles.

And then, in 2020, things really started to spiral.

Kanye West Spirals Out of Control in 2020

Kanye sporadically announced he would run for president. During his first campaign rally he behaved erratically, cried onstage, and told the world that he and his wife considered aborting their first-born daughter, North. Yikes.

Keep in mind all of this is something his daughter will see one day. Quite understandably, Kim was reportedly furious that he would expose such intimate details to the world. Yet she nonetheless appeared to be trying to hold things down for her kids during this time.

But then, within the same month, Kanye went on a Twitter rant where he said that he had been trying to divorce his wife for two years, accused her of having an affair, called his mother-in-law “Kim Jung Un,” called Kim and her mother “white supremacists,” and said that Kylie Jenner “stinks.”

How did Kim respond?

Frankly, with as much grace as I’ve ever seen someone manage. She centered the conversation back on Kanye’s mental health (where it clearly belonged) and asked the public to be understanding towards him.

“I’ve never spoken publicly about how this has affected us at home because I am very protective of our children and Kanye’s right to privacy when it comes to his health. But today, I feel like I should comment on it because of the stigma and misconceptions about mental health,” Kim’s statement read. “Those that understand mental illness or even compulsive behavior know that the family is powerless unless the member is a minor. People who are unaware or far removed from this experience can be judgemental and not understand that the individual themselves have to engage in the process of getting help no matter how hard family and friends try.”

This is absolutely accurate. Once a person is 18, and especially if they have means, it is virtually impossible for anyone to get them mental medical help unless they are a willing participant. Kanye did not appear to be one.

After that, Kanye reportedly refused to take Kim’s calls or allow her to visit him in Wyoming according to TMZ. Interesting, for a man who now spends significant time whining about wanting to put his family back together and getting time with his kids, he sure didn’t seem concerned about either back then.

There’s a term for that: abandonment.

Finally, in February of 2021 Kim filed for divorce. Notably, she still sought joint custody of the children in the filings.

Was Kanye fighting for his family then? No, he started dating model Irina Shayk in March. The two were photographed together roaming the world, while it seemed that (at least most of the time), Kim was still in LA—you know, actually raising her kids.

In fact, it wasn’t until Kim hosted Saturday Night Live in October and it came out that she was dating comedian Pete Davidson that Kanye’s current tirade began.

Since then, Kanye has carried out a public harassment campaign in the media against Kim. He bought a house right across the street from her. He has accused her of keeping his kids from him. He all of a sudden has an immense interest in parenting his kids and tried to insinuate that Kim allowing his daughter to have a (joint, and parentally controlled) Tik Tok account is bad parenting.

Kanye has posted their private conversations. He has had truckloads of flowers sent to her house. He has posted an endless stream of Instagram posts encouraging his followers to bully Kim’s boyfriend. The list goes on.

After being called out significantly by (mostly younger) audiences on Tik Tok and social media, Kanye did delete much of the content he’d been posting to harass Kim and her boyfriend from Instagram. He followed it up with a (somewhat) apologetic post.

But the apology appeared to be short-lived as he quickly went back to cyber-bullying Pete Davidson.

To her credit, Kim has continued to handle her circumstances with grace. But one can only imagine the toll this is taking.

Why People Should Care

Many people can (and have) witnessed all this go down and thought it was funny, entertaining, or perhaps even worse, enjoyable. For some, there’s no sympathy to be spared for anyone rich and famous.

But people should care. Why?

We’re watching the most famous woman in the world be stalked, harassed, and abused in real-time, and much of the world still isn’t calling foul. And if it can happen to her, especially at this scale, you’d better believe it can (and does) happen to anyone else.

Abuse is much more than someone hitting you.

Abusers do not begin by whopping someone upside the head one day—if they did literally everyone would leave. Rather, abuse is a mental and emotional conditioning that breaks down a person’s self-worth, independence, and willpower, and traps them in the abuser’s cycles of harm.

When an abuser is broken up with, they are at their most dangerous. They often use emotional and mental abuse to bully their victim back into a relationship with them. Because of this, it takes survivors an average of seven tries to leave an abusive relationship—and when they do, they are at the greatest risk of death.

While we cannot say what Kanye’s exact mental condition is at the moment, those of us familiar with the typical behavior of an abusive person post-breakup recognize more than a few signs of it in this ordeal. And that’s scary, because these signs can be precursors to real violence.

The Patterns of Abusive Behavior

Abusers will often contact their former partner continuously, and those messages will fluctuate between adoration and condemnation. They won’t give up, even if blocked.

Abusers will often stalk their victims, showing up where they are, sending unwanted gifts, or refusing to leave their vicinity. Abusers will seek to publicly shame and humiliate their victim in an attempt to regain control of them. Abusers will spread falsehoods about their victim and disparage them to their families, friends, or bosses. They will often move on quickly and publicly. They’ll try to come back and promise to change.

All in all, they will do everything in their power to make it impossible for you to leave or to move on. There’s no question that we have witnessed all of these behaviors from Kanye over the past year.

What makes these situations especially difficult is that there is little to no recourse for victims during these events. Restraining orders do little to nothing, police often cannot intervene until a physical act is carried out (at which time intervention is often too late), and domestic abuse rates within policing mean victims do not always have an advocate in police in the first place.

Some states have worked to clamp down on things like cyber-bullying and revenge porn—tactics often employed by abusers to get a victim to stay or destroy their reputation when they leave. But, many victims remain too afraid of their abusers to go the legal route, and for good reason. When abusers feel their prominence or reputation slipping they can become even more violent.

Abuse is Still a Problem for the Rich and Famous

While some will say all of this is no big deal because Kim has money and security, that isn’t always enough. Other abuse victims, like Nicole Brown Simpson, were not able to protect themselves despite their wealth, and that is because abusers frequently won’t give up until their victim is dead.

Furthermore, the vast majority of women and men that this kind of abuse happens to do not have such means. It is long past time we quit normalizing and excusing this kind of behavior or sweeping it under the rug. Instead, when we see something we should say something—no matter who the perpetrator is.

For those who want to undermine what’s happening by attributing Kanye’s continued harassment to “mean tweets” or merely using caps-locked, you are displaying a willful ignorance of the situation that gets people killed. In abusive situations, mean messages often do turn into actual violence. I’ve watched it happen.

I lost a friend to domestic violence in 2019. I myself have had to deal with the effects of breaking up with an abuser. I’ve witnessed firsthand the fear, isolation, and terror these situations bring. These victims need us to stand in the gap.

My heart and support go out to Kim at this moment. This celebrity saga isn’t funny or entertaining. It’s cause for grave concern and a deep societal reflection. 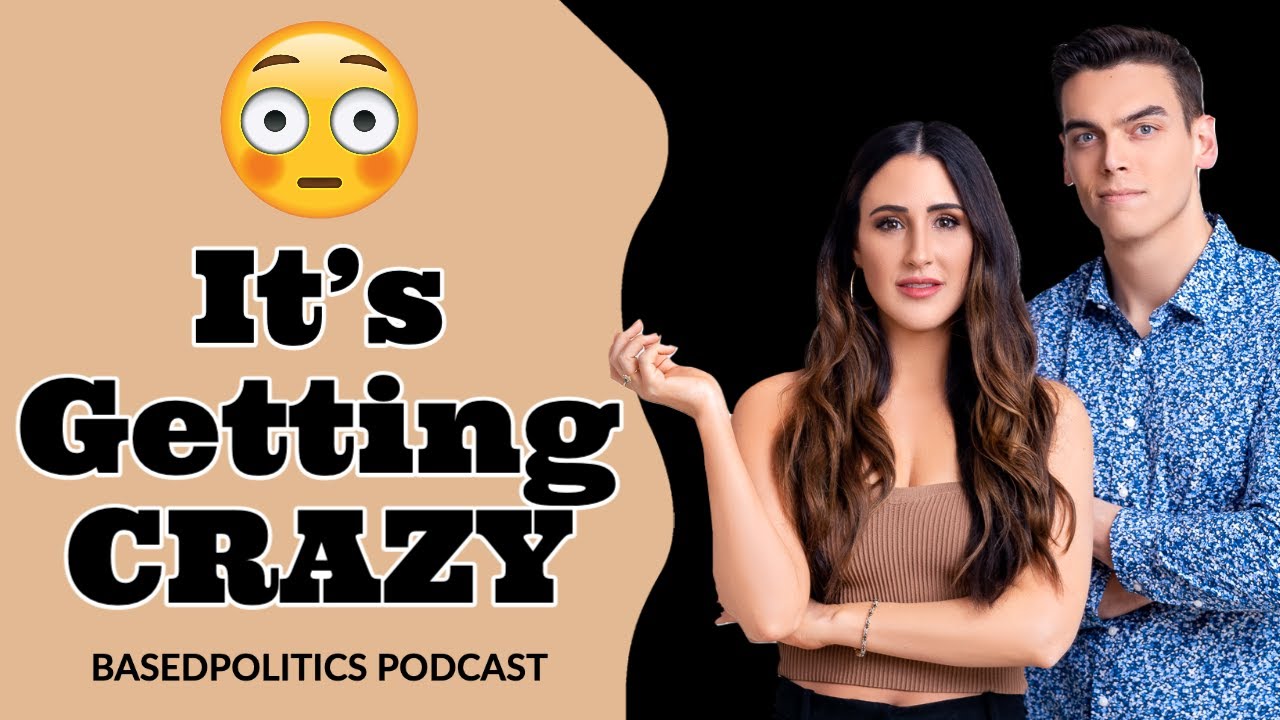