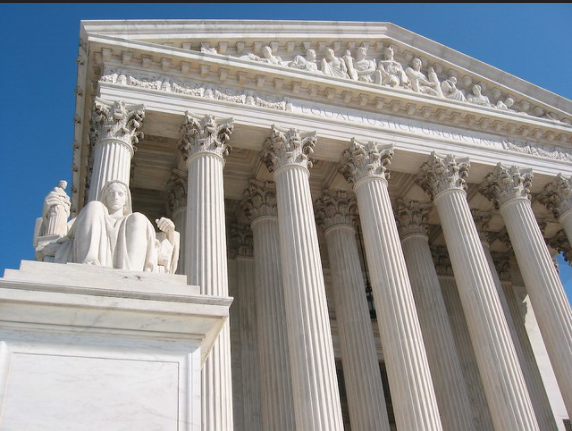 Liberal-leaning Supreme Court Justice Stephen Breyer is set to announce his retirement. This means President Joe Biden will soon get his first chance to nominate someone for the nation’s high court.

During the 2020 campaign, Biden specifically promised to nominate only a black woman for the Supreme Court.

“I’m looking forward to making sure there’s a Black woman on the Supreme Court to make sure we in fact get everyone represented,” he said on the trail.

PSAKI: "The president has stated and reiterated his commitment to nominating a black woman to the Supreme Court and certainly stands by that." pic.twitter.com/1l5bVYDDpE

It is true there aren’t any black women on the Supreme Court. And there is something to be said for representation at the highest levels of our government. But that representation only has value when it is achieved through a meritocratic process—not when it is forced through tokenistic and exclusionary politics.

Americans deserve the best possible judges on our Supreme Court. Factors like race and gender do not, in any way, affect one’s ability to be a good Supreme Court justice. Protecting our freedom—the role of the high court—is too crucial a task to play politics with.

It’s also deeply offensive and counterproductive to black women themselves.

Here's who Biden might tap to replace Stephen Breyer on the Supreme Court https://t.co/YyVnUOmOwW pic.twitter.com/hBEv8YJvog

It's never going to be okay with me that the president categorically ruled out white people & men from receiving his Supreme Court nomination.

It's ugly, divisive, & hurts the eventual well-qualified nominee who will be viewed as a token.

All of the black women on Biden’s shortlist are eminently qualified. There’s no reason they couldn’t have been selected as part of a non-exclusionary process and simply been the best person for the job. That would have actually given them the respect they deserve.

Instead, Biden’s eventual nominee will inevitably be, if unfairly, viewed as a token, an Affirmative Action pick.

“Qualified black women are insulted that skin color would be sole reason they get a seat on the bench,” Fox Business host Charles Payne argued on Twitter. “Tell us you are seriously considering them because all we want is a legitimate chance to compete.”

“You can’t talk about civil rights then announce plans to discriminate,” Payne concluded.

Can I fill the post? Is the only qualification “black woman?” https://t.co/9MEizt61XD

Inb4 someone whines “why can’t the best person for the job be a black woman???”

Obviously they can. But that doesn’t mean they absolutely are so why limit the pool to black women (who are only like 6% of the country) unless you’re virtue signaling? Oh wait cause he is.

They’re both on to something.

Critics have pointed out that President Trump promised to appoint a female justice to replace Ruth Bader Ginsburg and did not receive a similar level of backlash. This is a fair point, although there are a few differences.

“I will be putting forth a nominee next week. It will be a woman,” Trump said at the time. “I think it should be a woman because I actually like women much more than men.”

But at the end of the day it is only whataboutism. That Trump also engaged in identity-based politics is in no way a defense of Biden’s actions. (It’s just another reminder that both parties often suck.)

Explicitly selecting a Supreme Court nominee on the basis of race and/or gender is unacceptable, regardless of what president is doing it. Not only is it divisive and unfair, but it actually harms those communities it is supposed to help.

Shame on Biden and all those who support this kind of unAmerican identity politics.