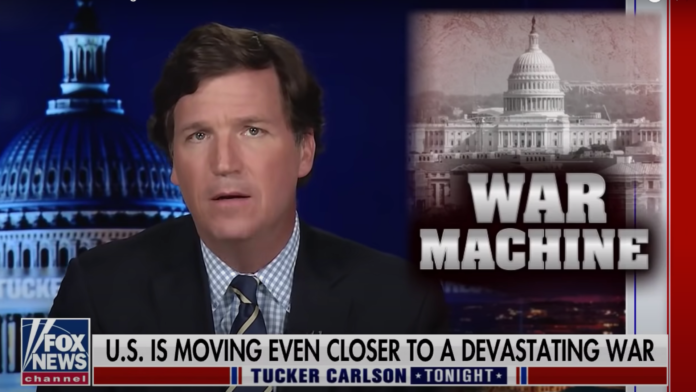 Tucker Carlson is one of the few major political pundits who understands the biggest lesson the United States should have learned in the last 20 years: that the last thing we need to do is get involved in another war. America’s tragic disaster in Iraq alone should have taught everyone this, but it hasn’t.

This time, the flashpoint fueling the pundit class’ calls for military intervention is the Ukraine-Russia border.

“[N]ow, as of tonight, we’re moving closer to a war over Ukraine,” Carlson, Fox News’ most popular host, told his audience of millions last week. “In the coming days, Russia may violate Ukraine’s eastern border, and this, we are told, cannot stand.”

The host cited examples of the near-uniform eagerness on both the establishment Left and establishment Right for war in Ukraine. Carlson played multiple clips of establishment figures making these arguments: 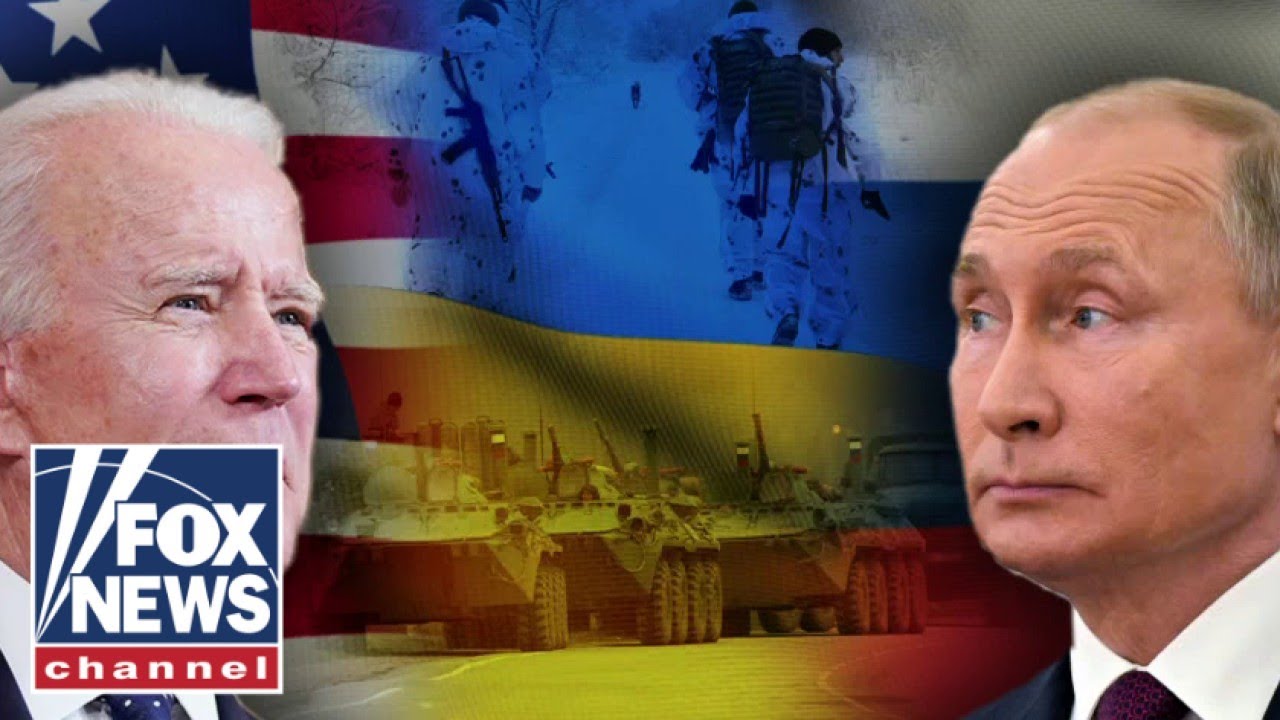 Carlson followed up by saying, “Oh, they’re all red in the face, but it’s not the usual partisan chorus. This is the entire choir.”

“You just saw representatives from every faction in Washington, from Adam Schiff to Dan Crenshaw not as different as they seem, and all the dummies in between,” he continued. “And all of them are promoting war against Russia on behalf of our new and deeply beloved ally, the government of Ukraine.”

Carlson brought up two important points. For one, why should Americans die because of a conflict between Russia and Ukraine? Secondly, he reminded viewers that elites in both parties will clamor for war every time an international conflict arises.

Carlson is on to something. For the Right, an “America First” foreign policy should mean putting actual Americans before elites’ interests and ideologies.

You didn’t hear anything like this on the show that comes on after Carlson’s, where longtime Fox News personality Sean Hannity took the opposite approach: A reflexive, Bush-Cheney-era position that Biden simply isn’t tough enough and needs to take decisive action.

After accusing President Joe Biden of being “too weak to respond” (“respond” how?), Hannity warned his audience, “Now clearly war, by Putin, is imminent, and he kind of got the green light from Joe Biden that there’s not going to be any real significant consequences.”

Luckily, on the show that comes on after Hannity, Fox News’ Laura Ingraham’s Ukraine take was similar to Carlson’s.

Ingraham told her guest, Pulitzer-Prize-winning independent journalist Glenn Greenwald, that she is fearful the right and left establishments were gearing up for war.

“Tonight, members of Congress from both parties are telling Fox that they believe Russia is likely to invade Ukraine,” Ingraham said. “And I do get the sense that the D.C. beltway, inside-the-beltway crowd is desperate for another U.S. military engagement.”

“I think there’s often the assumption that the media is leftist or liberal – and maybe they are – but when it comes to war, they are consistently on the side of militarism, imperialism, and more conflict, going all the way back to 2003 when they liked nothing about George Bush or Dick Cheney, but overwhelmingly – the New York Times, NBC News – were behind the invasion of Iraq,” Greenwald replied.

“Obviously, going to war over Ukraine – even as a proxy war – won’t do anything for the American people, the American worker,” he continued. “But it kind of elevates the U.S. on this global stage, and I think that’s the ideology of the American media.”

Ingraham responded that she was wrong about supporting the Iraq war but had learned her lesson.

“Now, I was one of those lured into the naïve ideas about Iraq and even nation-building,” Ingraham said. “I finally saw the light, thank goodness.”

Greenwald followed up with, “The question every American should be asking is, why do I care about the borders of Ukraine enough to risk American treasure when we have so many problems at home?”

Ingraham added, “I think if you did a national poll, it’d be like one percent – I mean, if that – that actually wanted to spend American treasure and potentially lives in Ukraine.”

Yet to the degree that the American public can be convinced to support a war, how they consume their news—including mostly Republican and independent voters watching big time players like Carlson, Hannity and Ingraham—can play an important role.

Yes, George W. Bush and Dick Cheney had 9/11 as justification for their wars, but those who lived through it remember how much the conservative-leaning Fox News pushed for our military efforts in Iraq and Afghanistan. That two of the top personalities at Fox News now put out a non-interventionist message—something anti-war conservatives and libertarians couldn’t have fathomed 15 years ago—is a sight to behold.

Former President Donald Trump blew up the old definition of what constitutes a conservative or Republican foreign policy. Today, Tucker Carlson and Laura Ingraham can’t say “America First” enough on the news channel that once put America last all those years ago.