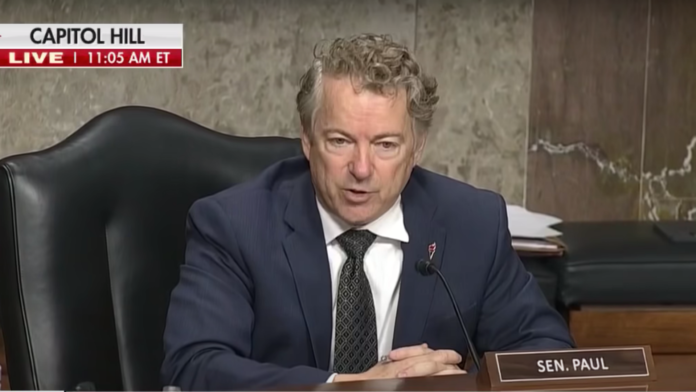 In August, Sen. Rand Paul told top White House doctor Anthony Fauci that cloth masks were ineffective in stopping the spread of COVID-19. He repeated this in a video, which led to his suspension from YouTube.

ABC News reported, “YouTube has suspended Republican Sen. Rand Paul of Kentucky from uploading content for one week after he posted a video claiming most masks are ineffective in combatting COVID-19…”

“Public health experts have said masks, even cloth masks, which Paul took particular issue with, offer protection against COVID-19 transmission, which in turn prevents infection” ABC News continued. “But Paul claimed in the video, ‘cloth masks don’t work,’ and that most over-the-counter masks ‘don’t prevent infection,’ according to YouTube, which it said violated its policies against spreading COVID-19 medical misinformation…”

Does this mean snot-nosed censors at YouTube will come to my office and kiss my … and admit I was right?https://t.co/0BZ2HZHiZW

But it turns out, according to the CDC itself, that Sen. Paul was right all along about cloth masks being relatively ineffective.

The New York Times reported on Saturday, “The Centers for Disease Control and Prevention on Friday clarified its stance on various kinds of masks, acknowledging that the cloth masks frequently worn by Americans do not offer as much protection as surgical masks or respirators.”

“While this disparity is widely known to the general public, the update marks the first time the C.D.C. has explicitly addressed the differences…” the Times noted.

“When the C.D.C. finally recommended masks for ordinary Americans, it emphasized cloth face coverings,” the Times added. “It took months more for the C.D.C. and the W.H.O. to concede that the coronavirus can be carried by tiny droplets called aerosols, which can linger indoors for hours…”

It turns out that a U.S. senator from Kentucky was giving the American public the correct information about the effectiveness of cloth masks preventing the contraction of COVID-19 long before the CDC caught up.

Don’t count on it.