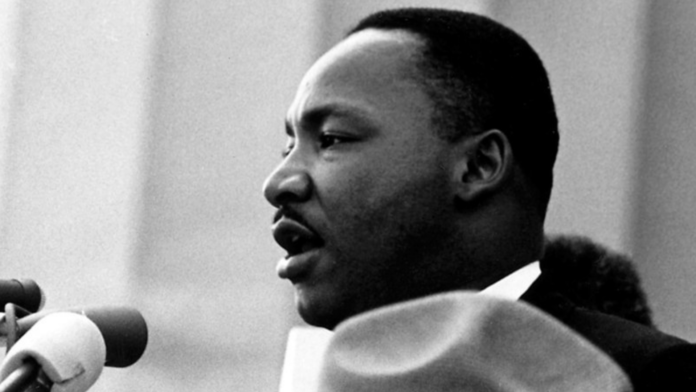 Reconciliation has become a major theme in our political discourse, and rightfully so. For those who love our country and its foundations, bringing down the temperature of the nation and quelling partisan divisiveness is of paramount concern. But while much has been said about the need for peace, less has been done to achieve it.

Martin Luther King Jr. once said, “True peace is not merely the absence of tension; it is the presence of justice.” And in order for this country to truly find its way back to the “domestic tranquility” promised in the US Constitution, there is much injustice to be reckoned with.

The symptoms of our civilization’s sickness are visible all around us. Over the past year, citizens across the political spectrum (and in various countries) resorted to violence to call attention to the abuses of government. During the Black Lives Matter protests, rioters burned businesses and whole city blocks. Lockdown protestors set off bombs in Germany and brawled with police in Australia. And recently, a mob of angry people stormed our nation’s capitol building under the belief that an election had been stolen, some with the intention to harm elected officials.

There is of course room for debate about the real and perceived injustices in these stories. But, many of the people who used violent means to make their voices heard faced real abuse by those in power. The Black Lives Matter protests were based on outrage over police brutality, extrajudicial killings, racial disparities in our justice system, and a lack of accountability for law enforcement. Those pushing back on the lockdowns are fighting for their ability to work and meet their basic needs. I strongly reject most of the claims of the Capitol insurgents, but in their minds, they are fighting for their country against corrupt tyrants.

But when citizens employ violence to fight wrongdoing, they often amplify the original problem, create new victims in their wake, empower government forces to enact draconian responses, and lose the sympathy of those they need to persuade in order to effect change.

As one example, the Black Lives Matter movement enjoyed 67 percent approval ratings in June, before violence ensued. By September, that number fell to 55 percent. The decline was particularly drastic among white and Hispanic adults. On top of that, many black-owned properties were among the businesses destroyed—contributing to wealth inequality in these communities. And in response to the riots, police employed aggressive tactics that created new victims in their wake.

And the siege of the Capitol backfired in many ways, both in terms of public perception and the resulting crackdowns.

So what should be done about injustice? We cannot merely accept it. How can we effectively fight back? The answers can be found by examining those who have successfully challenged injustice before us, and won. In honor of one such man and the day set aside to remember him, let’s study Martin Luther King Jr.’s theory of change.

It’s important to note that MLK also studied those who came before him. He first discovered Gandhi and his teachings on non-violence while he was in seminary. As a Christian, King noticed many parallels between these teachings and his own worldview, which instructs followers to love their enemies, pray for those who persecute them, and turn the other cheek.

King later wrote, “I came to see for the first time that the Christian doctrine of love operating through the Gandhian method of nonviolence was one of the most potent weapons available to oppressed people in their struggle for freedom.”

Thinkers like Henry David Thoreau, who ascribed to the tradition of peaceful civil disobedience, also influenced King’s thinking. But it wasn’t until he embarked on his year-long journey of the Montgomery bus boycott that he began to assimilate all of these influences into his principles of non-violence. He laid these principles out in his 1958 book Stride Toward Freedom: The Montgomery Story, and what follows is a short summary of each.

1. Non-Violence Is Not for the Faint of Heart

Practicing non-violence takes strength and resolve. It is not a pathway for those who seek to avoid conflict, as there is nothing passive about it. Rather this is an active stance, emotionally, mentally, and spiritually. Those who practice are always looking for ways to persuade their opponents and looking for methods to effect change. They are in community with those suffering, building bridges of influence to those in power, and seeking to build support for their cause.

Is it not true that those who commit evil are also victims of its power? King knew that the true battle for justice lies between good and evil, darkness and light. He saw those who would oppress him as also being victims of systemic injustice. Seeing one’s enemies in this light helps us to view them sympathetically and focus on the root cause of the problem. King again echoed the Bible when he said that our struggle is ultimately not against particular people but systems – “the principalities and powers.”

3. The Goal of Non-Violence is Reconciliation

A wise man knows that you do not change a person by mocking or humiliating them. On this topic, King wrote, “Nonviolence does not seek to defeat or humiliate the opponent but to win friendship and understanding…The nonviolent resister must often express his protest through noncooperation or boycotts, but he realizes that these are not ends themselves; they are merely means to awaken a sense of moral shame in the opponent. … The aftermath of nonviolence is the creation of the beloved community, while the aftermath of violence is tragic bitterness.”

Perhaps the most important principle under the theory of non-violence is the power of undeserved suffering. The nonviolent resister is willing to accept violence if necessary, but not to inflict it, knowing that the suffering they endure has great power to change hearts and minds.

King paraphrased Gandhi when he wrote: “We will match your capacity to inflict suffering with our capacity to endure suffering. We will meet your physical force with soul force. We will not hate you, but we cannot in all good conscience obey your unjust laws. Do to us what you will and we will still love you. Bomb our homes and threaten our children; send your hooded perpetrators of violence into our communities and drag us out on some wayside road, beating us and leaving us half dead, and we will still love you. But we will soon wear you down by our capacity to suffer. And in winning our freedom we will so appeal to your heart and conscience that we will win you in the process.”

Think of the Civil Rights movement. The pictures of young men and women being spit on for sitting at lunch counters, burned with cigarettes, kicked in the head by police. These images woke white America up and spurred outrage and outcry against segregation. Had these young people burned the lunch counters or thrown a punch, we would understand it in hindsight. But it would have backfired on their cause, played into racist segregationists’ hands, and allowed them to be painted as criminals. Instead, their ability to endure unjust suffering was redeemed in the overthrow of Jim Crow.

The nonviolent resister refuses to physically harm his opponent, but they also refuse to hate them. At the base of a nonviolent philosophy is the principle of love. For King, love (specifically the “agape” kind of love discussed by Plato) is proof of the power of God working within us, enabling us to care for those who would seek to harm us. Nonviolent love is in a way a weapon, it disarms your opponent and shields you from becoming them.

6. The Universe Is on the Side of Justice

King was an eternal optimist. And to do this work consistently, optimism is an essential outlook. “The believer in nonviolence has deep faith in the future,” King wrote. “He knows that in his struggle for justice he has cosmic companionship. There is a creative force in this universe that works to bring the disconnected aspects of reality into a harmonious whole.”

To assist his followers in plotting the pathway of non-violence, King also described six steps for best practices.

As we move forward as Americans, we face great challenges. Our fellow countrymen are hurting, our systems are broken, and there is despair all around us. We are in need of spiritual giants and strong leaders. May we rise up to follow in King’s footsteps and continue the work he began.