Yes, AOC, We Can ‘Capitalism Our Way Out of Poverty’ 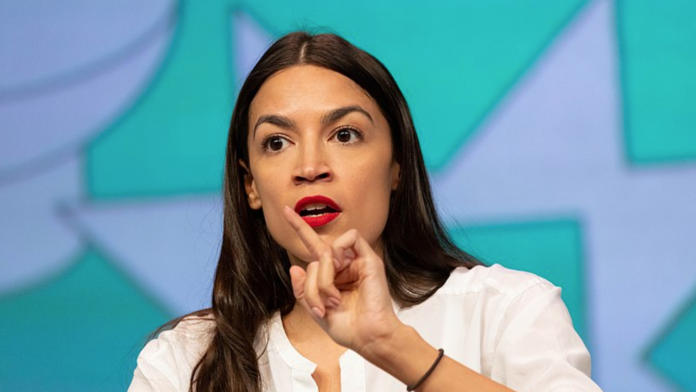 Rep. Alexandria Ocasio-Cortez studied economics, but she isn’t exactly known for fluency. But even considering the New York Democrat’s track record of economic illiteracy, her latest comments about capitalism are still a doozy.

Ocasio-Cortez made headlines for claiming that the Democratic Party is actually moderate and centrist. It was a silly claim to make, but people largely ignored another part of her comment. She asserted, as a way of dismissing centrist Democrats, that they are fools for believing that we can “capitalism our way out of poverty.”

Actually, congresswoman, we can. Literally billions of people have done so in the very recent past.

The last several centuries of human history demonstrate that capitalism and free trade can work wonders when it comes to expanding global prosperity and reducing poverty.

I don’t know what they taught Ocasio-Cortez in the economics department at Boston University — she might want to demand a refund — but I, along with most undergraduates in the field, learned in my very first year of studying economics the basic fact that capitalism has radically reduced poverty. Students are often taught about the “hockey stick of human history.” Incomes and economic growth were stagnant for centuries and centuries, and then came the advent of market capitalism and the spread of trade. As society shifted away from mercantilism and feudalism toward this new way of operating, economic growth instantly skyrocketed.

Economic history resembles a hockey stick. For thousands of years, economic growth was negligible. At the end of the 18th century, however, economic growth and the standard of living started to accelerate in Great Britain and then in the rest of the world https://t.co/tiQY2PtX71 pic.twitter.com/h3PRJN3N2F

It can be hard to visualize all of this progress when we’re just talking about abstract economic growth figures at the country level. But as Bill Gates has famously noted, raw poverty data show radical reductions due to capitalism, too.

This is one of my favorite infographics. A lot of people underestimate just how much life has improved over the last two centuries: https://t.co/djavT7MaW9 pic.twitter.com/kuII7j4AuW

In recent decades, state-run economies such as the Soviet Union collapsed, while markets globally, including in formerly communist nations such as China, liberalized and trade expanded globally. This has resulted in outstanding progress. According to HumanProgress.org:

The proportion of the world population in extreme poverty … declined from 36 percent in 1990 to 10 percent in 2015. Even though world population increased by more than two billion people, the number of extremely poor was reduced by almost 1.2 billion. It means that in the now much-despised era of globalization, almost 130,000 people rose out of poverty every day.

This is no coincidence. A report from the Fraser Institute concluded after comprehensive study that “nations that are economically free outperform non-free nations in indicators of well-being.”

No one is saying that capitalism is perfect, or that further progress doesn’t need to be made. But Ocasio-Cortez gets it exactly wrong when she asserts that we can’t “capitalism our way out of poverty.” It is a historically and economically ignorant thing to say, and it really highlights the mentality that would allow someone, even in this day and age, to embrace an outdated and backward ideology such as socialism.

Even President Biden has admitted that the COVID-19 pandemic...
Read more
Culture

Why sexual abuse victims like Pieper Lewis get convicted

These days, many celebrities and entertainers cower in fear...
Read more