What A Free Market Healthcare System Would Look Like 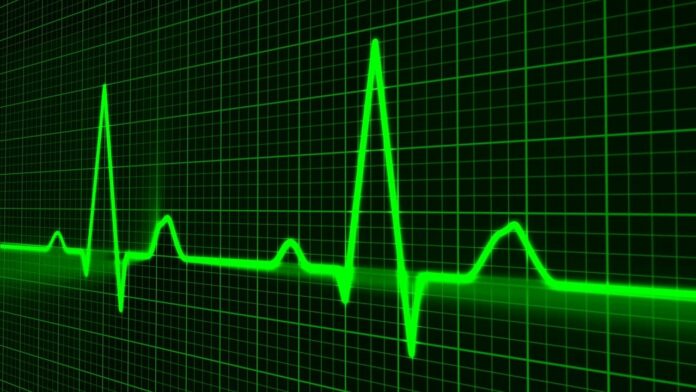 Here’s my problem with Republicans…or at least, one of my problems.

They spend a lot of time knocking down ideas and proposals put forth by the Democrats—and that’s good, many of them are terrible. But very rarely do I see Republicans come through with alternative solutions of their own after they’ve done that. When the problem is significant enough it demands solutions, and merely killing bad bills is not enough.

This is one of the reasons I launched my podcast, BASED. Having worked with people across the political spectrum, I can tell you firsthand that we aren’t as far off as you may think. The US is facing some very big problems that we all want to address. Where the left loses me, though, is in proposing solutions to those problems that usually entail the very thing that created them in the first place: big government, market interventions, cronyism, and regulations.

Of all the issues we face, healthcare is certainly up there. I don’t think anyone believes our current system is functioning adequately. But yet again, Democrats have come forward with a big government solution that would be catastrophic for consumers should it pass. I’m talking about the massive healthcare components within the $3.5 trillion budget reconciliation bill.

As I wrote here and here, this bill would lead to drug shortages, decrease innovation and the development of new drugs, cause monthly Medicare premiums to increase, and overwhelm a system that is already buckling under its own weight. In my opinion, and that of many healthcare experts I’ve spoken with, this bill isn’t meant to fix the system—it’s meant to break it so they can muster the public support to finally get their end goal: a government monopoly over healthcare via a single-payer system.

But it’s time to do more than say no. We must lay out a vision for what a free market healthcare system would look like and the ways we can get there.

That’s right. If you’re somehow under the impression that the problems with our healthcare system were created by “capitalism,” you have been lied to. I extensively detailed the ways the government hijacked our healthcare market over 100 years ago in this episode of my show, so if you need a primer go back and watch.

The government interventions have limited the supply of healthcare providers, hospitals, beds, and equipment. And we all know by the economic 101 law of supply and demand that when supply is restricted and demand stays the same, the price goes up—and boy have they. These policies have also propped up crony entities, like the insurance companies that bully both the consumer and the providers. And government regulations have made it very expensive to develop and bring drugs to market, impacting the price of pharmaceuticals greatly and costing an untold number of lives.

Under a free-market system, we’d get back to cash-based services. You know, where you walk in and they tell you the price for a service and you pay it. If we were to cut the insurance companies and the government out of the picture, prices would naturally have to fall to meet what the market could actually afford to pay. No more $100,000 knee surgeries.

A model of this can easily be found in the plastic surgery industry, which is a rare niche in the healthcare market that both the government and insurance companies have largely not touched. Because it is seen as an elective service, insurance does not cover these services, and therefore the government hasn’t been able to get its grubby hands on the industry. And because of that, the quality of service has consistently risen while the prices have fallen simultaneously. When you go in for a cosmetic service, there’s no weird guesswork on what it will cost, and you can almost always be seen in a short timeframe.

True capitalists want the entire healthcare system to look like the cosmetic industry. But that can only happen if we get the government out of the way. Until then, there is no way to lower real prices, the left’s ideas would only force us to pay for already exorbitant amounts being charged—and likely allow the industry insiders to drive the prices even higher because there are no market forces tying them down. Price is a signal that merely communicates scarcity. When the government messes with that it doesn’t make things cheaper, only more confusing and harder to allocate.

Obviously, we have a long way to go to get to a free-market healthcare system. But here are a few proposals that could help us take significant steps towards one. And the best thing about these ideas is that they could be passed at the state level (where it’s much easier to get things done).

Direct Primary Care (DPC) is one of my favorite things on the table. I think it’s the fastest way to get the insurance companies and cut government out of the picture. The best thing about DPC is many providers could just opt-in to the model with no legislation needed (state and local law dependent).

Of course, because the insurance companies and the government quickly caught on, there is a need to pass protections for the model in many areas. In many states, these entities have attempted to classify DPC as an insurance model to bring it back under the thumb of the regulators. But states like Tennessee have passed protections for the model that prevent this from happening, and such legislation provides a model for other states.

Here’s how it works. Doctors simply quit taking insurance. They choose to go back to a cash-based service. Most offer a monthly membership structure, like a gym. So say you pay $50 per month and for that, you receive an open-ended number of visits, telehealth appointments, or texting services if you have health questions. These offices will also negotiate cash prices for most labs, scans, and other routine tests they need to carry out for you, and typically that fee is much lower than what you would pay through insurance.

Obviously, this is much cheaper than insurance for the consumer. And unlike insurance, you get actual healthcare in exchange for the costs instead of meeting more expenses as you progress. It also means the doctors get to spend more time with the patients and can give them more attention.

Due to government programs like Obamacare, Medicare, and Medicaid, most doctors now spend more time on paperwork and untangling red tape than they do on actual patient visits and medicine. This of course means they have to raise their prices—fewer patients means you must charge more for each one. It also means the quality of care decreases, and it means fewer people enter the practice or exit early (because who wants to spend their days like that). All of that, again, leads to less supply, higher costs, and poorer service.

In contrast, under DPC, doctors in Tennessee were able to see so many patients they were actually able to provide one charity case for every six paying customers. They spent an average of 30 minutes with each client. And they filled their days with practicing medicine instead of pushing papers.

Passing DPC protections should be at the top of everyone’s list, and we should also work to ensure this model can be extended to specialists too.

Certificate of Need laws, better known (appropriately) as CON laws, are an anti-free market scam from the 1970s. They litter the lawbooks of 27 states and they are an arrangement between the government and large healthcare providers to limit competition and keep prices artificially high.

Basically, the laws arbitrarily restrict the amount of beds in a state, as well as the number of hospitals and other medical equipment. They do this by mandating would-be providers go before a board and show evidence of their need to add additional beds, equipment, services, and locations. At the same time, their competitors get to come in and argue against them, and often win out—especially when large hospital corporations (who are often in cahoots with regulators) are pitted against independent providers.

Obviously, this means consumers have fewer options, supply is restricted, and costs increase—which is not a side effect of a bad policy in this case, but rather the main goal.

Studies also show CON laws lead to lower quality of care, higher risks of complications after surgery, and even higher mortality rates for some conditions.

There are many more things I could touch on here but will save for another time: easing telehealth restrictions, shortening or even removing FDA approval processes (which are politically and monetarily motivated and have little to do with safety), cutting the middlemen (PBMs) out of pharmaceuticals, and allowing all Americans to access health savings accounts immediately come to mind.

It is telling that when a true emergency hit (COVID), the government did many of the aforementioned things—removing their own regulations on healthcare to quickly increase supply and lower costs. These actions prove what I’ve long known to be true—none of these things are in place for the consumers’ interest or for actual health and safety components. They’re there to enrich the friends of government and politicians, and they kill people and bury them in debt in the process.

It’s time to rise up against the government’s control of this industry. Free the market, and free the people.