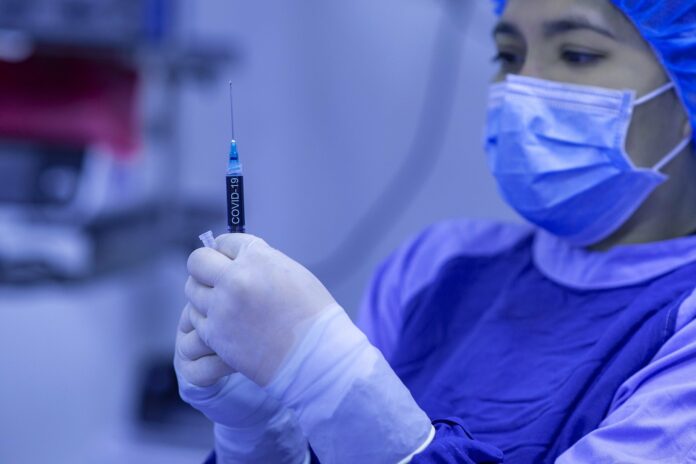 A new New York Times investigation discovered a troubling nationwide-trend in nursing homes, one that is likely to make Americans even more weary of placing their loved ones in the care of these institutions. Many nursing homes are giving their residents false diagnoses so they can prescribe them antipsychotic medicines—many of which make the patient more docile—the Times investigation found.

According to the Times, “Antipsychotic drugs — which for decades have faced criticism as ‘chemical straitjackets’ — are dangerous for older people with dementia, nearly doubling their chance of death from heart problems, infections, falls and other ailments. But understaffed nursing homes have often used the sedatives so they don’t have to hire more staff to handle residents.”

According to reporting by Yahoo News, “In May, a report by a federal oversight agency said nearly one-third of long-term nursing home residents with schizophrenia diagnoses in 2018 had no Medicare record of being treated for the condition.”

It’s important to know that schizophrenia is a lifelong condition that usually presents itself in one’s early twenties. It’s exceedingly rare for someone to be diagnosed past the age of 40. It is not believable that someone would develop this condition in old age, or live without it undetected for so many years.

Dr. Michael Wasserman, a geriatrician and former nursing home executive, said, “People don’t just wake up with schizophrenia when they are elderly…it’s used to skirt the rules.”

The rules Dr. Wasserman is referring to were put in place in 2012 by the federal government and require nursing homes to report the number of patients they have on antipsychotic medications—because they pose such a threat to the elderly. Medicare tracks this number, rates facilities based on it, and seeks to reduce the number of patients being given these powerful drugs. But, their metrics exclude patients with a schizophrenia diagnosis from being counted.

This is likely the reason so many nursing homes are diagnosing patients with this specific illness. In doing so, they are able to incapacitate them with antipsychotic medications while not taking a hit on their rating or their public image.

If this story shocks and outrages you, good. It is in defiance of globally accepted human rights standards, our Constitution, and the principles of individual liberty.

In the US, we’ve long known that it is ethically wrong to force medications on people. All the way back in 1987, President Reagan banned the use of medicines that serve the interests of the staff or nursing home rather than the patient for this very reason. But, as is so often the case, laws have not been sufficient at eliminating bad behavior.

It is evident that these nursing homes are using the schizophrenia loophole, and the drugs meant to treat it, as a way to subdue dementia patients, who can be difficult to care for. There is no conceivable reason why these patients would be given these diagnoses or these drugs for their well-being.

While this story revolves around medical freedom later in life, it’s similar to another abusive practice that begins in childhood: the overmedication of children with ADD, which is often used to subdue rambunctious kids for the classroom. Protection of bodily autonomy is an issue that follows us throughout our lives.

Nursing homes have struggled to pay their bills and retain staff for some time, but the pandemic exacerbated that problem. Nursing home employment is down more than 380,000 since February of 2020, and that trend coincides with an increase in the use of these medicines.

And, this is merely the latest in a long-line of troubling stories about the care the elderly receive in our nursing homes across the country. Many were killed at the beginning of COVID-19 by the decisions of lawmakers that placed contagious people back in their midst. Others have been blocked from seeing loved ones who might keep an eye on their treatment and prescriptions.

These events raise serious and far-reaching concerns about the safety and viability of these institutions.

The Pandemic and Individual Liberty

The policy disagreements throughout the pandemic have often come down to an age-old argument: the individual versus the collective. And throughout these debates, it has become apparent that many people do not actually, consistently, believe in individual liberty. That has been especially visible when it comes to discussions around medical freedom.

But this story should serve as a reminder that the questions of bodily autonomy are not nuanced; they are as black and white as they come. If one does not have a right over their own body and what goes into it, they certainly cannot claim to be free. Pre-pandemic, this was a pretty basic standard for human rights and civil liberties.

After World War II, the United Nations enshrined this concept in its Universal Declaration of Human Rights. Article 3 of this Declaration states, “Everyone has the right to life, liberty and security of person.” This clause is often referred to as the right to informed consent. Essentially, what this means is that it is a violation of human rights for an individual to be given medical procedures or pharmaceuticals without their voluntary, informed consent.

And, long before the United Nations came along, our own Constitution detailed this principle in the Fourth Amendment of the Bill of Rights. In it, our Founders enshrined the right to be secure in one’s person and property. When it comes to medical procedures, we are not truly a free people if we do not have the ability to determine what goes into our bodies.

These nursing home patients are almost certainly not giving their “informed consent” for their medications. Many have dementia and are unable to make these determinations, or they are unaware of what they are being given in the first place. In these circumstances, such decisions should go through their next of kin—but that is not happening.

This practice in nursing homes is a foul one, but it serves as an important illustration of the importance of bodily autonomy and our need to consistently defend it from all attacks.