Is It Time to Go Single Issue on Qualified Immunity? 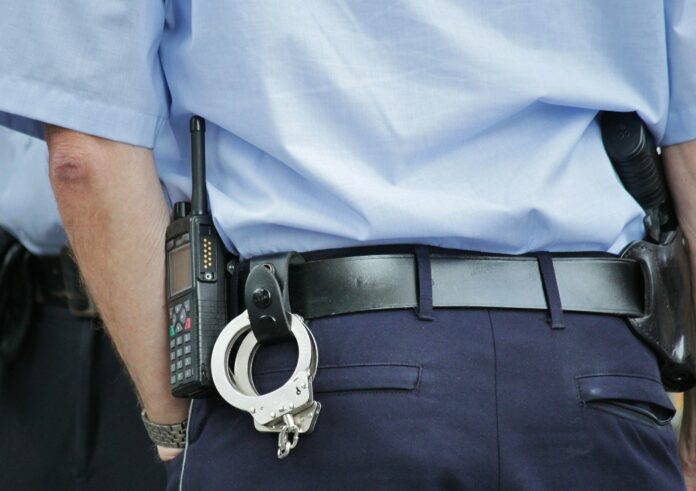 No matter which political persuasion you ascribe to, there’s at least one thing we probably agree on: the US government is out of control. And by and large, it seems there’s little the American people can do about it.

Yes, we can show up to vote every once and a while. But our votes are constrained by the numerous barriers the two major parties erected to prevent competition and limit real choice in the voting booth.

Yes, we can appeal to our leaders and advocate for the policies we want to see. But when I donate $200 a year to my candidate, and some bigwig who doesn’t even live in the district donates $2000, I think we know whose voice is actually heard.

So what recourse do we truly have against corruption, cronyism, and civil rights violations? According to our founding, we should still have an avenue through the courts to address grievances and hold our leaders accountable.

But that too was quietly stripped away some time ago thanks to a made-up judicial doctrine called qualified immunity.

What is Qualified Immunity?

In the 1960s, the US Supreme Court developed this theory, which basically prevents those in government roles from being held liable for their conduct—even when that conduct violates essential rights or when they outright break the law.

Under qualified immunity, the court has said defendants cannot be sued unless they violate a “clearly established law,” which in plain English means a court must have ruled the very same action was unconstitutional in a prior case. You see the catch-22, right? Those rulings never happen because qualified immunity prevents them from moving forward without a prior case.

Thanks to this piece of judicial activism, courts will frequently rule that the conduct of a police officer (for example) violated someone’s rights. But, according to the Cato Institute, they will not be held liable for that violation because the conduct was not “sufficiently obvious” for them.

Now keep in mind that the standard for the average person in our legal system is ignorantia juris non excusat, meaning “ignorance of the law is no excuse.” So that means that regular citizens must be fully aware of our thousands of silly laws at all times, and if they violate any of them, they can be held liable for that in court.

But government actors, who we pay to be informed and carry out the law, do not have the same responsibility to be aware of the law. In what world does that make sense?

Certainly not in the world of America’s founders. I know civics is sorely lacking in our terrible government schools these days, so let’s have a quick recap.

A Violation of Our Basic Constitutional Structure

Our country is unique in that we were built to have a government that was “by the people, for the people.” Despite (intentionally) misleading characterizations of our country as a democracy, we are not and were never intended to be. Instead, we are a republic or a representative democracy.

Straight democracy is essentially mob rule, where the slightest majority gets to cram their way of doing things down the throats of the rest of the country. Guess how long that would work.

Representative democracy instead means that we have proportional representation and that we elect leaders who are supposed to do our bidding and answer to us. It’s a much smarter and more nuanced form of government that most would agree does a far better job of protecting the rights of the individual.

Notably, our constitution only gives the government a limited number of powers; the rest—even those not expressly stated—are maintained by the people. In other words, we tell them what authority they have, not the other way around. Or at least that’s how it was supposed to go.

On top of this foundation, our founders created numerous checks and balances for our system. These accountability measures were intended as a way for various branches of government to restrain one another from violating our rights. So, for example, if a lawmaker or a police officer broke the law, the idea was for the other branches of government, like the courts or the executive, to check them and protect our liberties.

But through qualified immunity, the court has shrugged off its responsibility to act as a check on governmental power and left citizens with few recourses when their rights are violated.

While police officers and their problematic behavior seem to be the focal point of most discussions on qualified immunity, it’s important to remember they are not the only officials shielded by this doctrine. Prosecutors, judges, and many other government actors, like those that work at public universities, also hide behind it to avoid responsibility and accountability.

There are some, usually, those from within these same ranks, who will try to fearmonger the public on this topic and claim that without qualified immunity, we could not attract “good actors” to the public sector. That’s utter hogwash. Remember, this junk doctrine didn’t even come about until the late 1960s, and we certainly haven’t been attracting better people to government roles since then.

Qualified immunity ensures public officials lack the incentive they need to curb bad behavior and clear problematic actors from their ranks. It makes a mockery of our system and puts the rights of government officials above those of the people they are paid to represent. It removes essential checks and balances from our system. And it flips the principle of government by the people and for the people on its head. This is government for government, and them only.

As current US Supreme Court Justice Clarence Thomas has noted, this doctrine stands on shaky legal ground (again, because they made it up).

We should put aside our numerous political differences and all turn our focus to getting rid of this disgusting doctrine. New Mexico recently proved legislation can be passed at the state level to upend the practice, providing a great blueprint that could be replicated.

Until it is done away with, there will be no meaningful reform in our system, no serious changes. This is a root cause issue of corruption, and it’s time we weed it out.