Nobody Said Freedom Was Popular

Freedom isn’t popular, and if you defend it too well, you won’t be either. 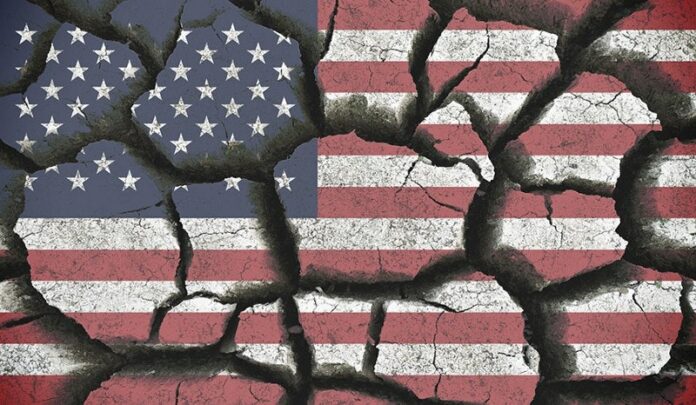 When it comes to college football, I’ve always been on the winning side of history thanks to a lucky geographical birth in Alabama, and parents who had the good sense to pick the right program to support in the state. My mom, who moved all over the country as a child until her parents finally planted outside of Birmingham, often recounts the story of how she came to be an Alabama fan — thus sealing our fate.

She had just moved to the little factory town of Anniston and boarded the school bus one morning alongside her two sisters. As is normally the case in small towns with new members, the girls were peppered with questions — not least of which included what college football team they were going to support. Thoroughly confused as to why a program must be decided upon, my mother asked the other children to name the attributes of both Alabama and Auburn, and quickly decided to go with the former.

This wasn’t a bad thing. Rather, it forced me to do something the vast majority of our population never does — figure out what I actually believed, why I believed it, and how to define it without being told what to think by politicians or parties. I actually didn’t stray far, but I realized the GOP had.

I was raised to believe in a limited government based on the knowledge that power corrupts and that central plans often wreak more havoc than they purport to fix. That hasn’t changed. I was raised to believe in fiscal conservatism — that leaders should be good stewards of our tax dollars, minimally collect them, and ensure the programs they fund actually work to produce the desired outcomes. That also didn’t change. And I was raised to believe in individual liberty, which I still adamantly think is the bedrock of our society. We have natural rights that exist apart from anything we do, or do not do. Government’s primary function should be to guard these natural rights, and little else.

Lastly, and perhaps most importantly, I came to really understand capitalism, or free markets. These are buzzwords often used on the right, but to be honest, I didn’t really know exactly what they meant for many years and I don’t think many others do either. Put simply, free markets exist when there is no government intervention to hinder the buying and selling choices people want to make. It is through this system we have seen the greatest innovations, improvements in the quality of life, and wealth creation known to man. It is imperative that we defend these economic systems from an always overreaching government that seeks to enrich itself — never us.

This worldview could best be described as classically liberal, or in the American English, libertarian — which for many years found a home in the GOP.

So what changed really? What changed is that I realized the Republican party often did not uphold these principles, even while espousing them. As I dug into the problems we faced as a society such as economic mobility, crime, lack of access to healthcare services and education, I quickly traced the problems back to failed big government programs, programs that it became apparent both sides were propping up.

As a few examples, our criminal justice system is a blight on our country. It makes a mockery of the principles of limited government, fiscal conservatism, and individual liberty. People have their freedom stolen for non-violent “crimes” that the government has no business policing, they have their actual property stolen by law enforcement through civil asset forfeiture, they see their economic possibilities dwindle as we incarcerate them for ridiculous offenses and then label them with a scarlet A that follows them around and prevents them from obtaining housing and work down the road. We do these things while flushing billions down the toilet a year on a system that does not deter violence in the first place (which should be the goal), barely can manage solving violent crimes, and that fails to rehabilitate people when they are apprehended.

Similarly, our foreign policy has sold us all out. Nowhere does our country waste more money than in this area. If Americans want to know why the richest country in the history of the world cannot maintain its infrastructure, fund its pensions, or pay its emergency responders adequately, look no further than our defense budget. We spend trillions badly attempting to fix the rest of the world’s problems and staffing their defense. We involve ourselves in endless, unauthorized conflicts that kill our people (and other innocent people), destabilize regions, and never make the world safer. We invite hatred, terrorism, and retaliation through our policies, and we never learn from them.

And don’t even get me started on cronyism. Of all the things the GOP is supposed to support and instead sells out, capitalism has to be at the top of the list. Our system is so overrun with cronyism that most people now equate the government’s interventions into the market as capitalism, causing them to turn against a system that has created more prosperity than any other in history. Corporate welfare, protectionism, and egregious regulations make a mockery of capitalism and have hampered our markets and created a mess. These policies should be denounced forcefully, and free markets should be allowed to thrive away from government corruption.

These subjects only skim the surface of the problems created by both of our major parties. But speak out against initiatives like these that trample individual rights, free markets, and big government and you will quickly find yourself in a very isolated position in today’s America.

Being classically liberal these days feels like choosing to cheer for Samford while living in Alabama. You’re not going to be invited to tailgate parties, very few people will want to discuss your game with you, and you’ll probably be constantly derided for not picking one of the big two teams in the state. People won’t understand your affiliation, they’ll assume you’re just trying to be unique or that you don’t really understand football.

But while it can be unpleasant to stand on principle in a world that has none, it should be no surprise that this is our lot. Our country was founded on classically liberal principles, but the dominance of our country since our inception has shrouded the improbable victory of our founders. Freedom is the exception in history, not the rule. It’s never been popular, and frankly, it doesn’t lend itself to mass appeal.

Freedom is hard. It requires self-responsibility and accountability, it risks failure and hardships, and it requires one to tolerate the actions of others they may dislike. The simple fact is the vast majority of people want to be taken care of, to be protected from the harsh realities of life, and to be surrounded by others who act and think like they do.

Thus, despite all our flag waving and “‘Merica” chants, we get the bulk of the population that begs government to over-incarcerate those society would rather not deal with, police the world for potential boogeymen, and enact regulations meant to cocoon their beneficiaries from the negative possibilities of chance.

The United States has often been called “The American Experiment” because what we are attempting is revolutionary. We threw a wrench in the bowels of history that stopped the gears and reversed the march of time towards the powerful and the collective. In the musical Hamilton the song, “The World Turned Upside Down,” marks this historical event appropriately. With our hard fought and unlikely victory liberty finally had a threshold in the world, and with that footing it advanced rapidly.

Yet, even our founders knew that freedom would be hard to keep if not zealously guarded. “A republic mam, if you can keep it,” Benjamin Franklin remarked to an observer in Philadelphia after hammering out the U.S. Constitution. “The price of freedom is eternal vigilance,” noted Thomas Jefferson. And John Adams poignantly wrote, “You will never know how much it cost the present generation to preserve your freedom. I hope you will make good use of it. If you do not, I shall repent in heaven that I ever took half the pains to preserve it.”

The founding fathers were radicals, outsiders, troublemakers. They did not fit into society’s boxes, they refused to resign their wills and minds to what was popular. They risked their fortunes, their good names, their very lives to stand for what they knew to be right — and they happened to have won, eventually. So too should the modern defenders of liberty expect to be ostracized, maligned, and scorned. Freedom isn’t popular, and if you defend it too well, you won’t be either. But you just might win, eventually.

Martin Luther King Jr. once said, “the moral arc of history is long, but it bends towards justice.” May we be brave and bold enough to be on the right side of history.