The Waymaker: Finding Streams in the Desert

God answered the desires of my heart because I was willing to wait on Him, trust His timing, and blindly follow the pathway He was making. 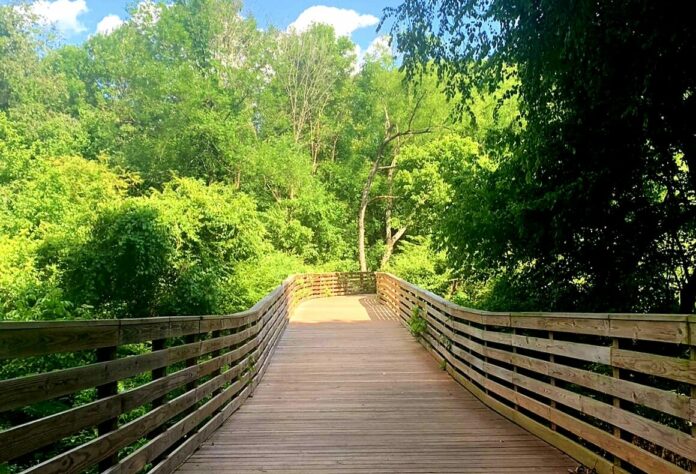 “I can do hard things. I’m capable of anything.” It was a silly little sing-song mantra I began repeating to myself last spring as the city emptied and the streets finally slept. It calmed my anxiety in the face of so much unknown.

I had relocated to New York for all the reasons it no longer held—the endless number of people, the opportunities, the entertainment, the constantness of life. I wanted the lights, and the late nights, and the ability to stroll through Target at 2 am.

But mostly, I wanted the ability to further my career. I wanted to write, and to network, and to forge new pathways.

Being trapped inside a tiny apartment, a sublet that held few comforts and practically none of my own things, felt like a prison to me. I worried about my mental health. I hated being alone.

There was a body truck across the street by the Chelsea hospital and silence, so much silence. It felt like the end of the world, and certainly the end of a road.

Now what? I wondered. I had no backup plan. I could picture myself living nowhere else. My career had been soaring, everything I wanted was at my fingertips, and now it seemed stolen from me.

Begrudgingly, I packed up my bags and flew south to my parents’ house in South Carolina thinking…hoping…I’d be back in a month or so. But we all know it didn’t go like that. The pandemic’s impact, and the government’s terrible response to it, stretched on and on.

I lived in limbo for a year—unsure of where my next home would be or when I would know. But what should have been an awful situation just…wasn’t. In fact, as I wrote here, that year ended up being one of the best of my life.

If you follow me online you probably know that I describe myself as a Jesus follower. It’s intentional wording as I have some major issues with certain authors in the Bible (namely Paul), and probably a touch of religious trauma from growing up as a pastor’s kid.

And so for the past year, I leaned heavily on a verse—a promise—that I’ve long known to be true.

See I am about to do something new, do you not perceive it? I will make a way in the wilderness and rivers in the desert. – Isaiah 43:19

See, when things get taken out of my hands, I get kind of hype. It wasn’t always that way. I’m an ambitious person with lots of plans and I like to command control of my future. At one point, having New York snatched from me would have sent me into a tailspin. But I learned some time ago that when those plans are upended it is often because God has something better in mind for me and He is redirecting my steps.

So while I could not see where I was going for the past year, I knew He was making a way for me.

That’s what the essence of faith truly is. I didn’t know where I would end up, but I knew it would be where God wanted me and that, wherever it was, would be best for me in the end. So for 365 days I controlled what I could. I used the extra time off the road from my full time job to write, to network online, to attempt new projects. And I waited.

Be still before the Lord and wait patiently for Him. – Psalm 37:7

And something surprising happened. In the last place it would have seemed possible, a rural town in South Carolina, far removed from the printing presses and TV stations I was seeking in New York, my writing began to take off. New contracts came, television interviews moved online, multiple job offers poured in, friends and volunteers came out of the woodwork to help grow my projects and give needed advice. I put in the work, but God took that effort and multiplied it.

Still I waited, praying diligently over what my next step would be, turning down offers that were amazing but just not quite right. And finally, the perfect role came along with the perfect organization, which I detailed here.

Since accepting my new role with FEE, things have moved very fast! I bought my first home, relocated to Atlanta, and jumped right into a new production schedule and development for my forthcoming show with them!

On top of that (and thanks so much to the incredible work of my friend Luis Angeles), my show BASED has really been climbing and entering a whole new sphere of influence. We’re also launching a new website and making many exciting plans for the future.

It’s been such a whirlwind, I really haven’t had time to sit back and take it all in. But a few days ago, while sitting in Atlanta traffic, I finally had a moment to myself to reflect and suddenly I was overcome with emotion. These lyrics started playing in my mind.

A year ago, just one year ago, I was in South Carolina with no plan and no way forward. But would you look at God?

Thanks to that year in limbo, I was able to save a lot of money. I was able to buy my first home, which would never have been possible without the pandemic. I have not one but two shows now, the writing career I wanted, and so much possibility to continue spreading the message of liberty.

And not only did He give me the big things I wanted, he answered a dozen other tiny desires in the process. I ended up near my family. He put me in a big city (which is my preference), but one with lots of nature and beauty right around me. There’s even a greenway and hiking path right outside my front door that just so happens to lead to a tennis court (my favorite pastime). Within the first month, He provided friends and fantastic colleagues that I’ve already grown to love. I am just so freaking happy.

This wasn’t where I thought I was going. I never thought I’d live in Atlanta, much less be as crazy about it as I am now. But now that I’m here, I’m so grateful God stepped in and redirected my course. I can’t wait to see where He takes me next.