A Year After George Floyd’s Death, Police Unions Are Still Exploiting Reform Efforts to Cash In

A new report from The Guardian finds that police reform efforts often come with strings attached—purse strings, that is. 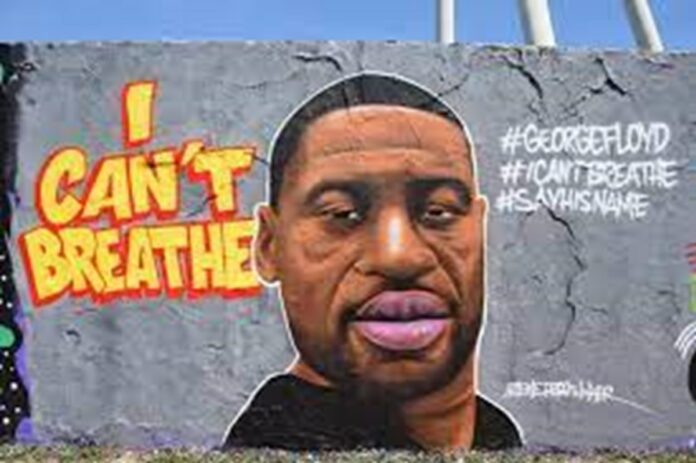 It’s been one year since the murder of George Floyd at the hands of Minneapolis police. But while countless ink has been poured out writing about the tragedy and the demands for change it spurred, little of that ink has made its way to the official legal books.

If there’s one thing Americans agree on, it’s the need for police reform. A majority of Americans, 58 percent, say major changes are needed, while another 36 percent say minor changes are needed. In other words, only six percent of people believe things are fine in the world of policing.

One of the most popular reforms on the table is holding abusive officers accountable. A whopping 96 percent of Americans support changing management practices so officer abuses are punished, and 98 percent believe officers with multiple abuses should not be allowed to serve.

But a new report from The Guardian finds that reform efforts often come with strings attached—purse strings, that is.

In 2014, New York Mayor Bill de Blasio announced a number of policing reforms intended to increase community trust following a wave of protests against police killings of Black people. The reforms were minuscule compared to most reformers’ demands, assigning officers a neighborhood-beat, increasing community meetings with police, appointing community liaisons, an increase in the number of officers, and a new body-camera program in 2017.

Accountability is essential for any position of power, but especially for one that allows its members to make life and death decisions and take away the liberties of individuals.

In response, the Police Benevolent Association, the NYPD’s public union, raised cain. They filed a complaint in 2015 that claimed the city violated collective bargaining laws by rolling out its body-camera program. It also alleged the program “fundamentally alters the terms and conditions of employment of police officers by substantially modifying, among other things, their privacy, safety, duties, evaluation procedures, hours, wages and workload.”

Eventually, the union dropped the claim after contract negotiations in 2017. Those negotiations resulted in a 2.25 percent pay increase for all officers, whether they participated in the program or not. Overall, in exchange for the implementation of body-cameras, police got a pay bump of almost 12 percent over five years.

New York is not the only place being held hostage by police unions either.

In Las Vegas, unions demanded a 1 percent salary increase for body-cameras and the department charges $280 an hour for members of the public to view the footage.

In Long Island, union members rejected a $3,000 a year increase for officers in exchange for wearing body cameras. The union wanted more money. An analysis showed the cameras themselves would cost only $1.3 million, but the people of Nassau county in Long Island could end up paying over $5.7 million for the accountability measure when all is said and done.

Ultimately, police unions have managed to turn public cries for reforms against taxpayers, frequently using earned-criticism to paint their jobs as dangerous. The data do not back them up, as line-of-duty deaths have been decreasing for decades.

None of this should surprise us.

The goal of unions is to protect the interests of their workers, not improve the quality of services rendered. And, in this case, police unions protect good and bad cops equally. While body cameras should be welcomed by honest officers who uphold the Constitution—providing them with a way to protect themselves against false accusations—they are abhorred by officers who are used to getting away with all manner of heinous behavior against citizens. And for good reason. Just ask former Florida County Sheriff’s Deputy Zachary Wester who was caught planting drugs on innocent motorists.

Unfortunately for good cops and the public, it is this failure to hold themselves accountable and remove bad cops from their ranks that actually makes the job of police more dangerous.

While abusive cops are rarely punished and often rehired, whistleblowers are bullied and reprimanded harshly. Additionally, the ill will bad cops generate in communities can put police at greater risk, while officers who escalate situations create more dangerous environments for all.

A University of Chicago paper found misconduct among sheriffs increased 40 percent after the Illinois Supreme Court allowed officers to unionize. Another report from the Federal Bureau of Justice Statistics found unionized police agencies received 9.9 use-of-force complaints for every 100 officers compared to 7.3 for non-unionized agencies.

There is little reason to think throwing more money at police departments will lead to greater public safety—for the police or for the communities they serve. Spending over the past 60 years has shown no correlation nationally between spending and crime rates. However, there is much reason to believe that eliminating police unions would produce better outcomes for all.

Unions, by nature, make all workforces less productive and efficient because they have no incentive to improve productivity or outcomes.

This is harmful in any industry, but it is especially inexcusable in public sectors, which are paid for by taxpayers and ought to answer to them alone.

Accountability is essential for any position of power, but especially for one that allows its members to make life and death decisions and take away the liberties of individuals. For this reason, public sector unions are wrong in principle and wrong in practice. They allow government authorities to lobby against the people on their own dime, and they give political figures the ability to shield themselves from public accountability. They also, as discussed, lead to worse public safety outcomes.

George Floyd’s death was a wake-up call for the nation and led to mass protests and demands for reform. But since that time, we’ve seen very few tangible improvements or reforms in the system—and it’s unlikely that we will until public-sector unions are abolished.

This article is republished with permission from the Foundation for Economic Education.