While You Were Sleeping, Here’s What Your Government Did 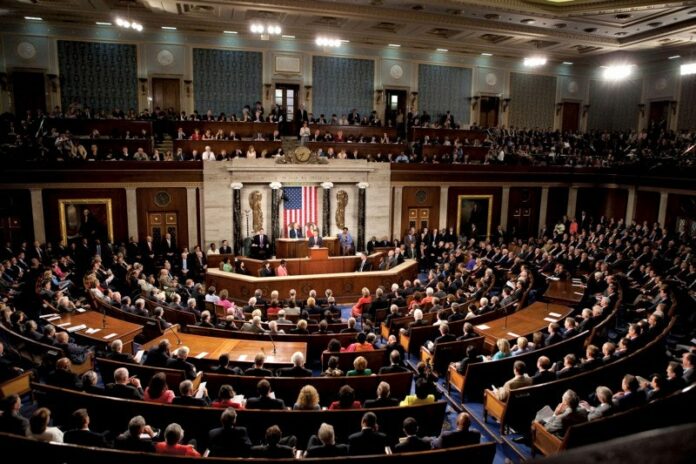 Yesterday, President Trump announced his support for H.B. 6201, the“Families First CoronaVirus Response Act,” on Twitter shortly before 9:00 pm. According to his tweet, the bill would implement free tests for COVID-19 and provide paid sick leave for impacted Americans.

But by 11:30 pm, members of the U.S. House of Representatives still had not received the actual bill’s language. In fact, it would not be until 11:57 pm that members received the 110 page behemoth package, and by that time they had less than an hour to read it before the vote.

Stalwart of liberty and perennial advocate of actually reading the bills, Congressman Justin Amash, also took to Twitter to update his constituents on the process.

If you’re wondering what was actually in the bill, Amash is one of the few that reserved his endorsement before reading it. What he found wasn’t good.

To begin with, companies that employ over 500 people were exempted from the paid emergency leave and the Family and Medical Leave Act (FMLA) requirements — meaning Wall Street and other tech giants were given unequal treatment under the law. That’s unconstitutional in and of itself.

Furthermore, though the bill claimed that businesses with less than 500 employees would be reimbursed for paid emergency leave and FMLA, that reimbursement would come in the form of a tax credit. That kind of delay in funding could very well put many small companies out of business.

According to Amash, the bill also exempted companies with fewer than 50 employees from the new requirements. Keep in mind that the vast majority of U.S. employer firms have fewer than 20 employees, and you’ll start to get the picture of just how large the holes in this bill really were.

All in all, the bill the House passed last night will only end up applying to about 20 percent of the workforce.

The bill passed out of the House with an overwhelming majority, 363–40. No surprise there given the hysteria surrounding the coronavirus. And while caution is necessary to slow the spread of the disease, it is important to remember that we are still well under 75 deaths in this country.

Rash actions have consequences, and legislation like this could have a dire impact on our business community and economy. Even worse, the precedents created — both in statute and in process — damage our constitutional foundations.

It’s doubtful you’ll see these criticisms posted by the mainstream media though. Instead, negligent media outlets will report the names of those who voted against this bill with its sympathetic title, and report none of its actual content. The masses will then become infuriated and claim that those who voted no or present are cold-hearted and ruthless. And this cycle will repeat itself to the point where we are now — most of your representatives just vote how they’re told by party leadership and/or in a way that brings them under the least amount of scrutiny.

There are so few statesmen left in our midst these days. Thank God for the few true leaders who uphold their oath to the constitution, provide insight for the people, and vote according to principles instead of hysteria.